Despite what the CDC says, a new poll finds that serious adverse events are indeed NOT rare. Color me shocked! 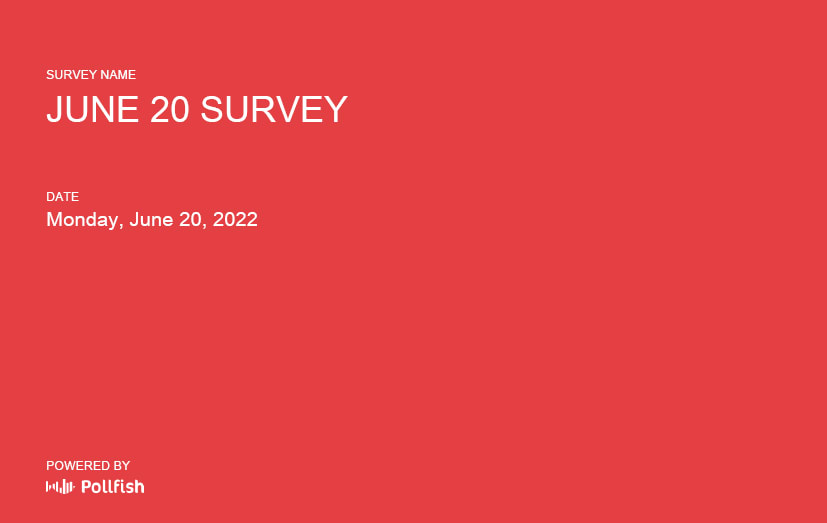 The CDC says "severe reactions" to the COVID vaccines are rare. That's not...

A new poll of Americans shows that 1% of people who get the jab (2M Americans over 18) are so seriously COVID vaccine injured that they are unable to hold a job.

On Jun 20, 2022, VSRF engaged the services of a professional polling company (Pollfish) to survey 500 people who were selected entirely at random.

The way anti vaxxers talk about the vaccine, wouldn’t there be a lot more deaths or injuries?

Everyone I know who got vaccinated has moved on and is enjoying life… the anti vax are clinging on to their fake news and conspiracies because it gives their life some meaning.

This is a US only, 18 and older poll, which equates to roughly 200 million jabbed. There’s an Israeli poll indicating similar results.

The results of our poll were consistent with an earlier vaccine injury survey by the Israeli government and with the VAERS data which has been “lit up” since January 2021 telling us “the COVID vaccines are the most unsafe vaccines in human history.”

Anyway…this is only going to get worse as time goes on. 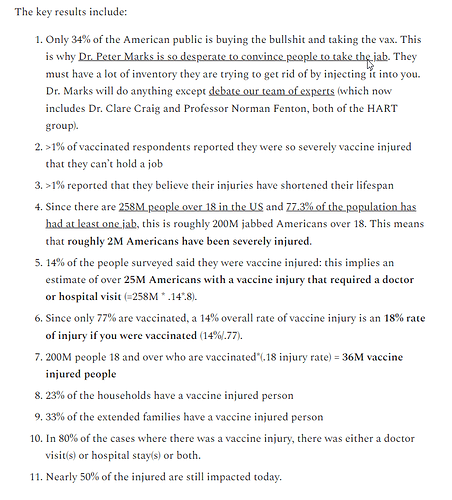 So that’s 490 more people than was used to approve the jabs for children under 5 years old (technically 497 since only 3 were in the treatment arm).

Also, there’s plenty of validation metrics for this poll, for instance:

Using a URF of 128 for those injuries, we get 1.8M who are unable to work, comparable to the 2M number we estimated above.

As we noted above, we estimated that 25M Americans with a vaccine injury that required a doctor or hospital visit. Using the hospital + doctor visits number in VAERS and using our 128 URF (for non deadly symptoms), we get (163626+63978)*128 = 29M which is close to the 25M number estimated from our poll.

So maybe VAERS isn’t such a bad estimator after all.

Validation by the FRED data

The FRED data shows that there were just 1.8M excess people added to the disability rolls. Disability is defined here.

The 1.8M is a good match to the 2M unable to work that we estimated from our polling data.

Validation by the government of Israel

Our final validation point is the proactive poll done by the government of Israel to assess vaccine side effects among the vaccinated. This article describes that study. Among the highlights:

So our 18% rate of injury isn’t all that far off what the Israeli government found (in particular the 17% rate of shaking).

A Detroit TV station asked people for stories of the unvaxxed dying from COVID and instead was hammered with over 180,000 stories of vaccine injuries that the station then ignored.

If a Detroit TV station can get 180,000 stories of vaccine injuries without even trying, how many vaccine injury stories do you think are out there? I’d guess a lot more than 180,000.

Imagine… a vaccine so powerful it can generate 180,000 injuries documented right there. So there are likely at least 10X more in the entire country would be a pretty conservative estimate.

The Pfizer trial which was done early when the vaccine closer matched the variant of COVID only saved 1 COVID life for every 22,000 fully vaccinated people. So when we look at comparing fewer than 10,000 lives saved (since there are 220M fully vaccinated people) with the 2M people who are permanently disabled and the over 200,000 who were killed by the COVID vaccines, it looks like an extremely bad trade off because the risk > > benefit.

Thirdly, they will say it was a small poll of only 500 people. That’s true. We will be repeating the poll with a larger sample size to reduce the confidence intervals.

500 people surveyed at random it said. That’s not a good enough sample IMO.

VAERS is unreliable for obvious reasons.

My own personal experience, almost every single person I know got the vax, not one side effect, not even my 96 year old grandma that took AstraZeneca, supposedly the worst one.
The vax does have side effects.

Canada does a pretty transparent job of reporting adverse side effects and it’s been very low.

0.011% of all doses had serious adverse reactions.

Blah blah we’ve been through this argument for 2-3 years now. We needed the vax to save people and avoid overloading hospitals. You can argue forever about what we should have done. The point is, most of the world is now passed the worst parts and opening up for good. The moment covid conspiracy nuts said would never come…

The vax is to control everyone! Everyone’s gonna die! The great reset!

You guys sound as hysterical as the permanent maskers.

Almost every single person I know did not receive the vax. Some of them had covid. None of them have any concerns with vaccine side effects.

You were duped into taking something that may hurt you but doesn’t help you.

500 is not a good enough sample yet 10 children (3 in treatment arm) is enough for FDA approval of the vaccine for children under 5?

What about all of the other validation metrics that you conveniently skipped over - specifically this:

The Pfizer trial which was done early when the vaccine closer matched the variant of COVID only saved 1 COVID life for every 22,000 fully vaccinated people. So when we look at comparing fewer than 10,000 lives saved (since there are 220M fully vaccinated people) with the 2M people who are permanently disabled and the over 200,000 who were killed by the COVID vaccines, it looks like an extremely bad trade off because the risk > > benefit.

500 is not a good enough sample yet 10 children (3 in treatment arm) is enough for FDA approval of the vaccine for children under 5?

Neither are good enough samples. Clearly.

I would typically agree, yet there’s plenty of validation metrics that match up with the poll results from the article (as posted above). In any event, a 500 person poll for adverse event evidence is leagues better than a 10 person case study for FDA approval of an experimental jab on children under 5 years old.

Everyone I know who got the vax has issues. One died of a heart attack in her sleep… 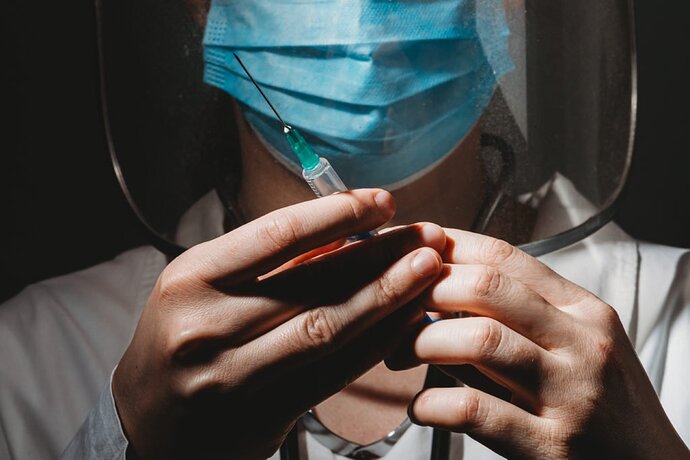 This report was prepared to determine whether sufficient pharmacovigilance data exists to establish a safety signal on Covid-19 vaccines.

Everyone I know who got the vax has issues. One died of a heart attack in her sleep…

You people are just as insane as the tards from Team Fauci.

The internet is great but it’s given low IQ access to information they just don’t have the horsepower to process.

300k sample size. The unvaccinated seem to fare very well, not so much for the jabbed! Large enough @Pedro_Navaja ? 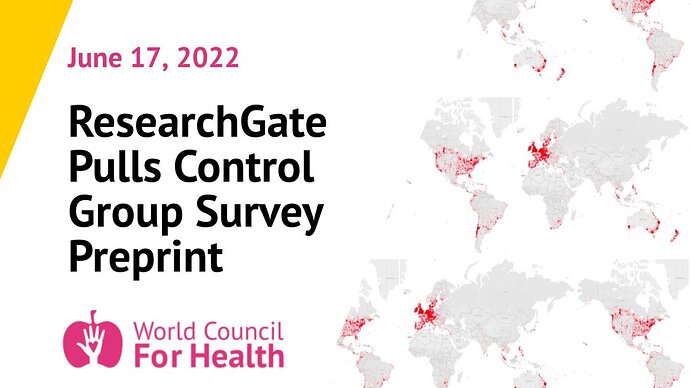 The survey analysis reveals that disease is rare in the control group.

Exactly. Only on here do I hear about Covid and vaccines.