Man goes to a Karate Dojo to teach his way of Martial Art. Claimed to be promoted to 10th degree Master by Jesus Christ. What insues is a brutal fight that turns very bad for the Master. The end of the fight is quite graphic.

*You may need to turn your volume up to hear it all well.

In other news, OJ was found innocent!!!

I was ok with this video until the very end. The Karateka should have used better judgement and stopped. One clip of this fight on YouTube said the "Master" died from this beating.

bryanand - In other news, OJ was found innocent!!!

Looks to me like the OP is trolling, just like that guy saying the world is round.

The end is BS. Did the guy really died?

cool vid.
do you have that one of the black guy with the beard fighting the fat white cop in a warehouse!!!??? 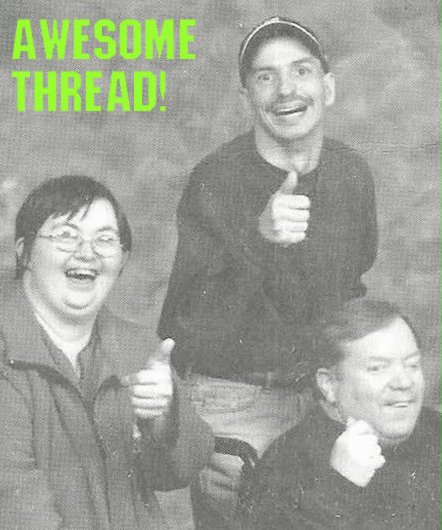 so THAT's what happened to Bruce Leroy.

If you would like more info about what`s being done about the video,you can find it here.It`s not Mat Battle,but it`s over 155 pages.