27 Year Old Women Pulled Over With 26lbs of Cocaine

Yes. This guy got off. 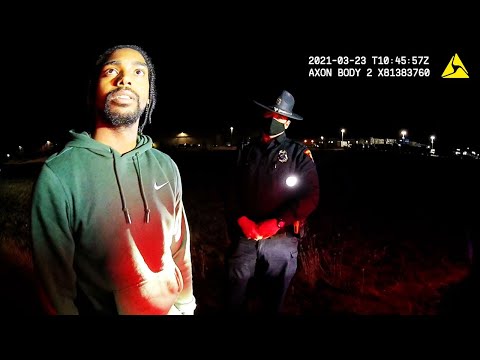 Honestly the dogs rarely make a mistake. It’s the handlers interpretation, or read, of the dog that is wrong. I don’t know percentages.

So there’s no such thing as a false alert but there are false indications. The dog is trained to indicate the presence of whatever odor. ‘Indicate’ can be whatever trained behavior you want. For example, the dog is trained to find the odor of Coke, once he alerts to that odor he’s trained to maybe sit with a pinpoint stare at the source of the odor. It’s up to the handler to read the alert, not the indication, if that makes sense.

I have worked checkpoints and highways with a dog for the last 15 years. I have read the dogs alert in primary for example and placed the driver in secondary for inspection probably thousands of times. A majority of the time I don’t find anything.

That doesn’t mean the odor wasn’t there. I just couldn’t find a tangible substance. We, as a team, weren’t wrong.

A good lawyer can get you to walk if they can prove your 4th amendment rights were violated.

Do you smoke weed? Do any type of drug? Ever have a friend in the car that smoked? Any type of prescription drug that’s a derivative of heroine for example?

I secondaried a vehicle based on my dogs alert. The guy bitched the entire time. ‘That dog didn’t smell a fuckin thing. This is bullshit.’ On and on.

He had some luggage in the back seat. I open it. He’s like ‘What the fuck man?’ Inside the luggage there are folded clothes and a half full Mountain Dew bottle. Why would you carry a half full Mountain Dew bottle in your luggage. I check it out. Twist it. It was a false middle so it had liquid on top and bottom but a little compartment in the middle. He had an ounce of coke.

The dude was like “That fuckin dog didnt smell shit!” I’m like “Then why are we here? Why am I in your luggage holding cocaine in a fake soda bottle?”

I got pulled over when a couple guys in my car were smoking. They brought out the dog for some dumb reason. He said the dog got a hit from the ashes of the guys smoking.

Smokin weed? The dog smelled the odor of weed, not the ashes.

People get complacent. It was smart to keep her calm to avoid escalation.

Regarding the loss, drug dealers have their own ‘risk management’ analyst like any other business.

They are aware that not every car will make it to its destination. Often times these individuals that get caught will have either a very good attorney and/or their loved ones will be taken care of.

Also, this was not random. They knew she was in the area. She’s probably driven that exact same route, in the same car several times and exposed herself.

The cartel hires crash test dummies to get pulled over and exhaust police resources and sacrificing some weight while the big load comes through.

SHE’LL GET A SLAP ON THE WRIST.

The dude was like “That fuckin dog didnt smell shit!” I’m like “Then why are we here? Why am I in your luggage holding cocaine in a fake soda bottle?”

Man that’s so cool that you were able to harass a person who wasn’t doing anything to anyone. Great job!

All cops should be slaughtered.

What do you expect them to do? Solve murders, burglary, rapes, child abductions, etc? No fuck that I want traffic stops and everyone searched. If they don’t have anything illegal give them tickets.

Seriously has anyone ever thought to themselves “I FEEL SO FUCKING SAFE A COP JUST PULLED BEHIND ME!”?

I remember reading way bck when about someone driving in circles with broken taillight with pounds and pounds of heroin in the trunk until cops pulled them over. Safe to say drug mules aren’t the best and brightest. I mean, they had one job and do it in cars calling to get pulled over, and sometimes even driving like it. As smart as an unmasked robber with face tattoos.

Full body cavity search! I’m talking Roto-Rooter! Don’t stop until you reach the back of his teeth!

Go get fucked where you breathe. Pussy.

Any type of prescription drug that’s a derivative of heroine for example?

Why can’t most people on the internet spell heroin correctly?