Anyone seen this documentary? The title refers to the number of days per year often spent on the road by wrestlers back in the day, and is generally focused on the various highs and lows of that, the latter more than the former. I’m surprised it only has a 6.6/10 imdb rating, as I think it’s the best full feature wrestling documentary I’ve seen in many ways, particularly in its comprehensiveness and how the wrestlers involved (a litany of legendary names) shy away from no questions whatsoever. Some criticize it as “same old shit” but I didn’t feel that way despite the subject matter obviously not being new.

The Bret Hart stuff is particularly good, imo, goes in great depth with seemingly total honesty and doesn’t go into the bitter stuff that so many criticize him for. Ox Baker, who I have very little familiarity with, is legendary here. Many other luminaries are also interviewed. Superstar Graham blames wrestling for every single bad thing in his life as always, that was the one tiresome aspect, imo.

Spoiler! One thing I really liked was how everyone is asked at the end if they’d do it all again. To a man, they said yes, even Billy Graham, lmao. 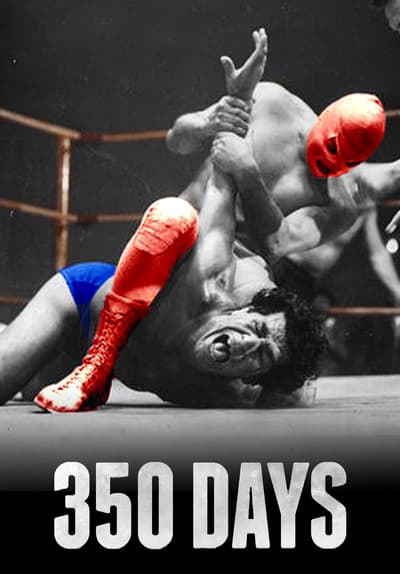 What’s life like for pro wrestling icons Bret Hart, Billy Graham and others, who are on the road 350 days a year? This doc takes an an inside look.

I bought it on Amazon when it was first released. Probably watched it 20 times. I have no clue why it isn’t more popular. For me it’s a top 5 wrestling documentary.

Yeah I’m seriously mulling buying the Blu-Ray, and will at least purchase a proper stream from Vimeo or Amazon to support this fantastic work.

It’s a must watch just to see Greg Valentine be extremely miserable while never updating his personal wardrobe for over 35 years.