38% Believe God Has Told Them To Do Things

38% of Americans say that they have done something because God told them to, while more than half of people who believe in God say that the deity sometimes controls weather and disasters.

New research from YouGov suggests that many Americans believe God plays an active role in their lives.

Out of the 76% of Americans who said that they personally believe in the existence of a God, half say that they have at least once before done something because God told them to. Including non-believers, this makes up 38% of the entire country.

The group most likely to have acted on God's command are 'born-again' or evangelical Christians, who make up about a third of Americans. Almost two-thirds (65%) of born-again Christians say God has told them to do something at least once before. Only a quarter (25%) of the remaining population have ever had the same experience. 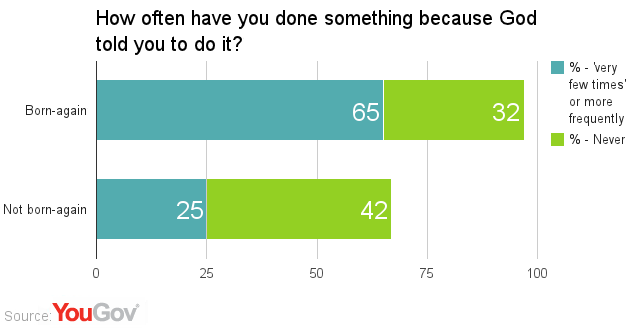 In broader religious terms, Protestants (56%) are much more likely than Catholics (39%) to say that they have done things under the instruction of God.

Republicans are also among the most likely to say God has told them to do something, as 42% do. However, the belief is nearly as common among Democrats (40%), and is actually least common among Independents (37%). 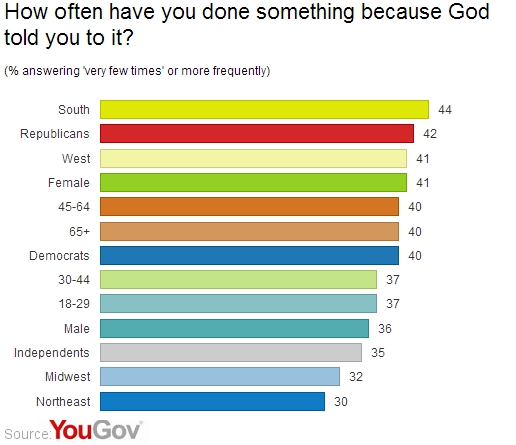 Few say that this happens very frequently, with only 10% of people who believe in God saying 'all the time' and another 16% saying 'most of the time'. 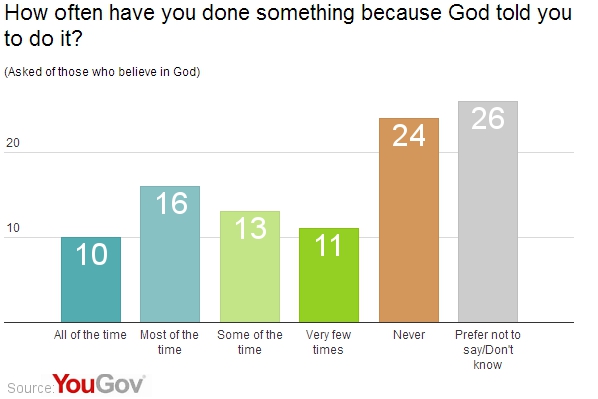 24% say that they have never done something because God told them to, while 26% either do not know or prefer not to say.

Believers are more likely to say that God has significant power over weather and disasters: 31% of people who believe in God say that he controls weather or disasters 'all of the time', while only 17% say that he never does. 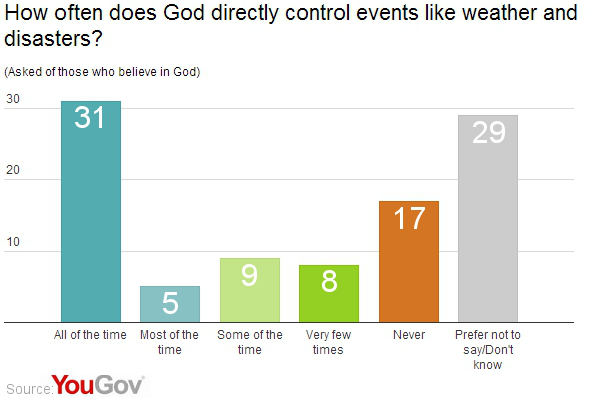 Could they interpret this as them following teachings of their religion, which is something god said.

It's probably like those stories you used to tell about ghosts when you were like 7 to impress your friends and make them think you were brave and had a cool experience. LIke half the kids shared them and they were all bullshit.