8 Films That Are Banned in Other Countries

Eight Movies That Were Banned in Many Countries

If you want to test yourself with a movie and see how much gruesomeness you can take,there’s no better choice than a movie thathas shocked the censors all over the world and gotten itself banned in many countries. Although movies can get banned for a number of reasons(such as propaganda, for instance), in this article we are focusing on some of the nastiest of the nasty. 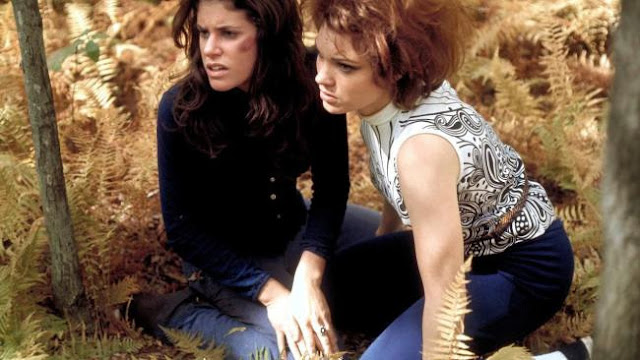 Banned in UK, Singapore, Iceland, New Zealand, Norway, Germany and Australia, the first film Wes Craven ever wrote and directed is full of rape, torture and murder scenes. Craven represented this extreme violence in a non-glorifying way, showing its raw and nasty face, so it is easy to see why it had been banned. It is a significant movie for the horror genre, but truly difficult to watch, not just because of the certain scenes, but because of the “feel of the movie as a whole”, as the British Board of Film Classification explained the banning of the movie. However, this ban has been lifted, and then placed again, multiple times since the movie was released. A remake of Last House on the Left exists, but it is less brutal compared to the original, which was allegedly based on The Virgin Springby Ingmar Bergman, that won an Oscar for The Best Foreign Film in 1960. 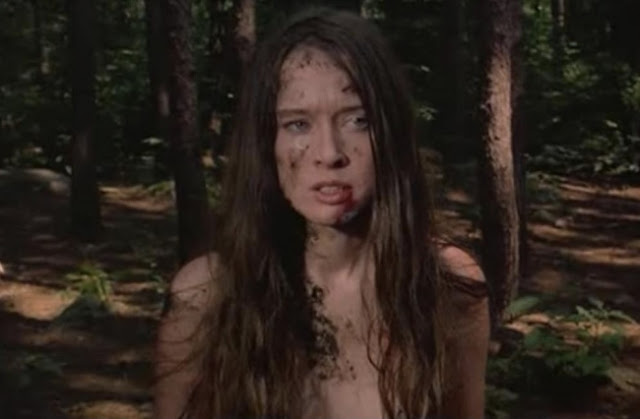 Banned in Australia, Finland, UK, Ireland, Germany, Norway, Iceland, Canada, Malaysia, Singapore and China, this rape-and-revenge film was allegedly based on the experience director Meir Zarchi had after encountering a rape victim in New York and his disgust after seeing how the police handled her. The heroine Jennifer is brutally raped at the beginning of the movie, and then she proceeds to mutilate and kill her assailants in various unsettling ways. The original title of the film was Day of the Woman, and that made it critically reappraised as a feminist masterpiece, but that doesn’t make its multitude of scenes containing extreme sexual violence any easier to watch.
AngryFoamy November 3, 2015, 11:07am #2 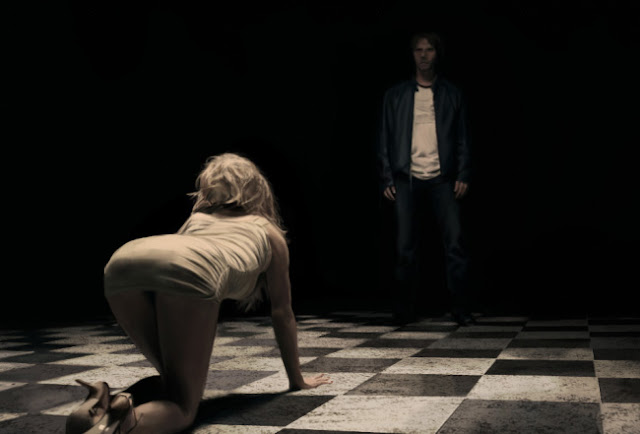 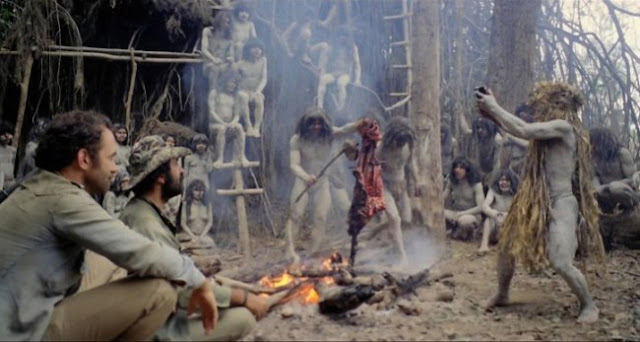 Banned in UK, Singapore, Australia, Norway, Finland, Ireland, Iceland, New Zealand, Germany, Italy and Malaysia, this was the first movie to utilize the found-footage story arc in which an anthropologist goes into the Amazon jungle to find a crew of filmmakers that ventured there in order to shoot a Mondo-type documentary. He finds the footage, and it shows what they did to the natives and what was done to them in return. The movie is infamous for the needless animal cruelty among other reasons, and the director Deodato had to prove that things that happened in his film did not happen in reality. Cannibal Holocaust is still as shocking, disturbing and disgusting as it was back in the day. 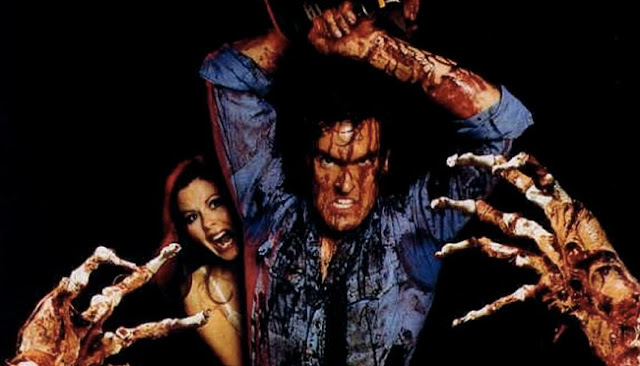 Banned in Singapore, Finland, UK, Germany, Iceland, Ireland, this film was one of the most wanted “nasties” back in the day of its ban in UK. It was the debut film of Sam Raimi, telling the tale of college students that become victims of demonic possession when they go to a secluded cabin in the woods. The controversy that surrounded the film only made it more popular and it was an instant sleeper hit, earning eight times more than what it cost to make it. A lot of scenes had to be cut in order to make a version that censors were pleased with, which ought to say a lot about its horror quality. 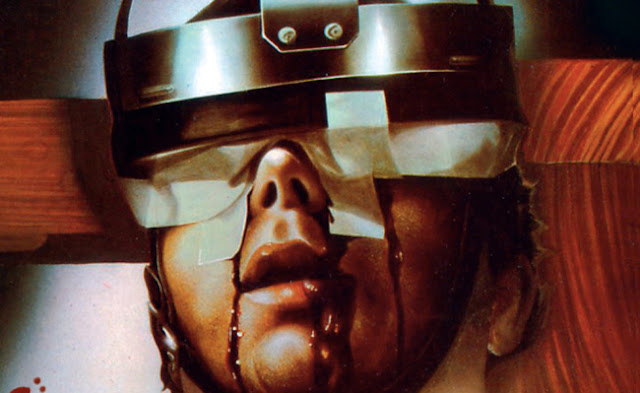 Said to be the most banned movie in the world, with over 40 countries on the list, it was only initially banned in Norway, UK and Australia among a few others. It had many sequels, and, unlike most horror movies, the majority of the deaths shown in it are real, with footage originating from various sources such as newsreels. Of course, this made the movie graphic and real and – controversial, which earned it its bans, but, probably much less bans than the numberit boasted about. 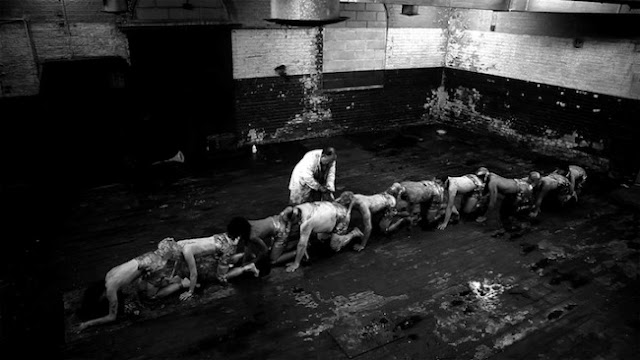 Banned in the UK, Australia and New Zealand, it was refused for classification in Australia and UK due to its repulsive and disgusting content without any redeeming quality. The story is about a man who is obsessed with the first Centipede film and who sets out to make his own human centipede. His victims only exist as objects of his depraved fantasy and don’t have much strength to oppose him. It features an actress from the first film, now playing herself. The movie eventually got severely cut in order to be allowed. 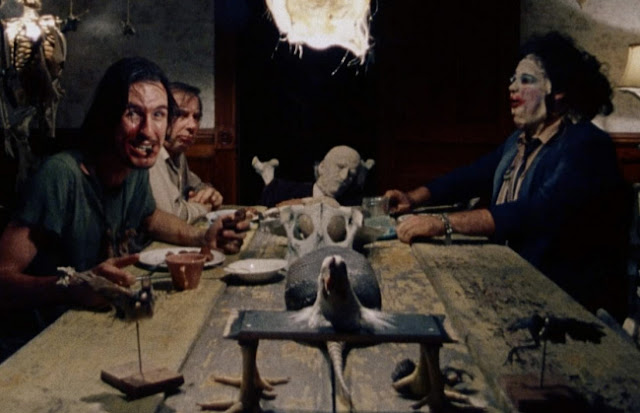 Banned in Finland, UK, Chile, Iceland, Ireland, Brazil, Australia, Norway, Singapore and Sweden, the directorial debut of Tobe Hooper is one of the great movies of the horror genre that inspired a bunch of (mostly subpar) sequels. It ended up being the highest-grossing movie of 1974, despite Hooper having problems finding a distributor. Although it has a reputation of being particularly gruesome, most of the violence is actually only implied, but that amplifies the terror it inspires. As most other movies on this list, it also had to be severely cut in order to even be released.
pfsjkd November 3, 2015, 11:14am #3

The majority of deaths in Faces of Death or reenactments, and not real.

cool list! I have seen them all but the Human Centipede ones and those just seem so dumb that I really dont want to take the time.

pfsjkd - The majority of deaths in Faces of Death or reenactments, and not real.

Most of those ones banned in the uk are not banned any more.

There was a hysterical overreaction in the media linking horror films to violent crime in the 80s and they went massively overboard in banning loads of horror movies.

They relaxed it all about 15 years ago though and rereleased them all.

Seen all but Serbian film and faces of death

I remember reading about Charlie's Angels being banned in Dubai because it offended Islam.

I presume the list means banned at some stage. Last house, TCM and Cannibal Holocaust aren't banned in the UK (though some are cut).

Ireland has banned some weird ones over the years including Life of Brian and Meaning of Life.

Seano beat me to it.

It's hilarious to me that modern societies ban the content of fictional horror films as if we are forcing children to watch them.

They don't seem that bad.

I wish they had banned the film "Battleship" in the UK

Melon farmers. Co. UK is a great site for info on banned and cut films in the UK.

Seen all of em.

FYI, there are modern remakes of Last House and I Spit on Your Grave. Actually there are 3 new ISOYGs.

LOL @ the UK banning everyting...... EXCEPT A Serbian Film which is probably one of the worst on the list - certainly MUCH worse than Evil Dead and TCM.

Evil Dead or TCM haven't been banned for years.

A Serbian Film has about 4 minutes cut from its UK release.

They finally made battle ship?
It must have been banned here.

Who ended up in the mane event?