She’s a globalist pawn no thanks. 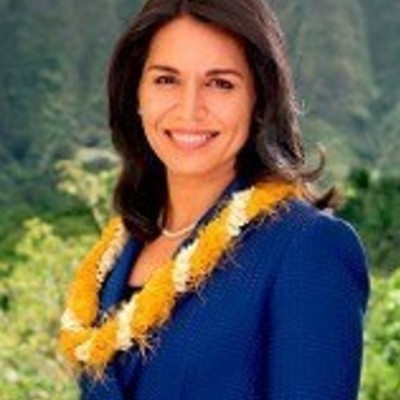 Tulsi Gabbard, grew up in beautiful Hawai‘i. As a teenager, she co-founded an environmental non-profit called Healthy Hawai’i Coalition, focused on educating children about protecting Hawaii’s environment. An advocate for environmental policy, Tulsi...

It’s a definite negative association she’ll have to address.

he is too sane to have any future with the dems

I could even entertain Universal Healthcare

How can you possibly entertain universal healthcare after seeing how the federai government has been acting, their corruption with big pharma, and their openly admitted total disregard for the constitution? Our healthcare system is fucked in many ways, but there’s nothing i can think of that would be worse than making it centralized and totally controlled by the federal government with no other options. Because that’s what the left wants if you remember Bernie’s plan that outlawed private healthcare. I could listen to an argument for a public option though…

I agree but I also the 2A is going to hit the wall now that the legal precedence is established with Remington paying out millions in damages to the Sandy Hook folks. This is now the way to get firearms manufacturers to avoid America because the insurance premiums to thwart lawsuits is so high. 2A may not even matter if the manufacturers tap out. It’s really that serious.

She’s a globalist pawn no thanks.

Trump’s companies are connected to CCP owned businesses. We might as well discount him as well.

I feel like we are closer to an answer.