A little humor to ease tensions on the OG!

Everyone kick in a joke to help the healing process begin.

“The key to well balanced diet, is stand on both feet as you eat healthy food”.

My goodness that one still tickles me to this day ha. Ha. Ha.

Shut up. Birds are stupid and you’re stupid too!

I don’t get the joke.

This one isn’t a joke but it is a humorous anecdote from when I was a wee lad in private school.

I went to the laboratory to do a urination and wouldn’t you know it, they were out of hand soap! Quite a predicament I had found myself in!

But then I remembered that I always kept a spare bar of soap in my fanny pack! So I lifted up my sweater vest, carefully unzipped fanny pack and used my own soap!

Man I sure was wacky as a youth. 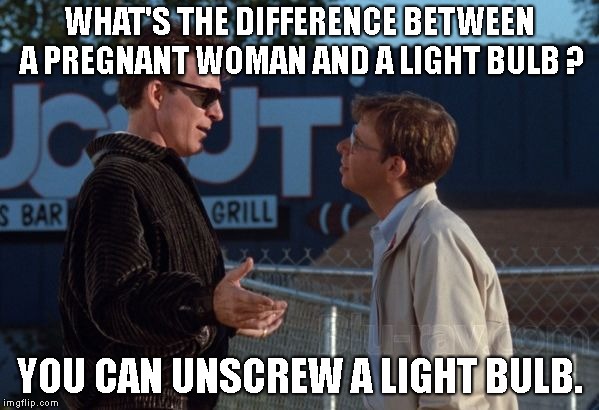 Oh gosh that gave me a good hearty laugh! This is one of my more adult PG-13 threads so I’m not even offended by the vulgar language!

White male liberals are exemplary alpha males who we all should emulate!

What do you call a black guy flying a plane?

Whoa you had me scared there old timer! But you pulled the nose up at the last minute!

Get it?! A little plane humor is always fun!

But please no more racial stuff. I’m a no frills kind of guy. That stuff offends me.

What do you call a toothless hillbilly flying a plane?

Racial comedy has some of the best jokes.

The world was a better place when there were more comics who made fun of multiple races.

I think you’re mistaken. Its like you didn’t even read the two hilarious humor posts I made in this thread alone!