A (long) legal primer on the proposed COVID OSHA rules

You are a fucking genious!

Chances are any money they have was stolen from the working class anyhow.

Here is a counterpoint: 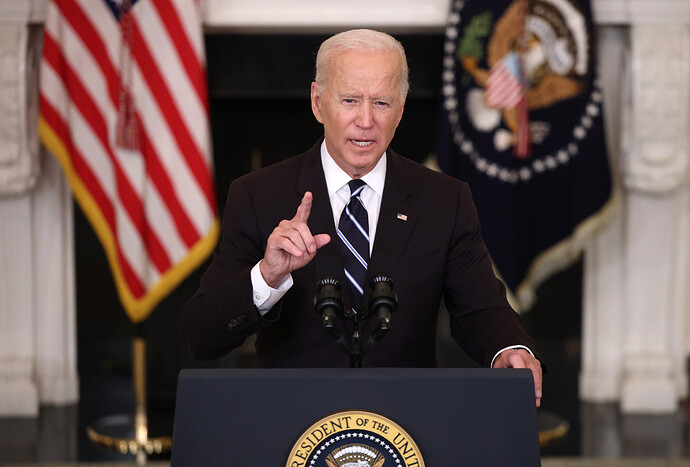 Herd immunity cannot be achieved through herd mentality—individual choice, not forcible mandates, is the only path forward.

With the stroke of a pen, the Biden administration will impose a vaccine mandate on 100 million Americans. Soon, workers from coast to coast will be faced with a choice: get jabbed, undergo weekly testing at their own cost or lose their job.

As a public health measure, Biden’s orders may be salutary. But they stand on shaky legal ground. Historically, vaccine mandates have been imposed—if at all—by state governments, and not by the federal government. The new regulations invert this feature of our federalist constitutional structure: Biden’s orders trump state policies that provided workers with the choice to get vaccinated. Moreover, the president acted unilaterally: Congress has not expressly authorized this sweeping expansion of federal power. Rather, to justify his edict, Biden reached back to a Nixon-era workplace safety law. I am skeptical that this half-century-old law can support Biden’s novel mandate.

Ultimately, Biden’s measures may also prove counterproductive. Forcing people to get vaccinated could deepen vaccine hesitancy. Herd immunity cannot be achieved through herd mentality—individual choice, not forcible mandates, is the only path forward.

In our republic, states bear the primary responsibility to protect our health, safety and welfare. The federal government, by contrast, has more limited powers to protect national interests and regulate activities that affect interstate matters. President Biden’s sweeping orders turn federalism on its head. The states, not the executive branch of the federal government, are the sovereign entities responsible for establishing vaccine mandates. During the pandemic, some states have already imposed vaccine requirements; other states, like Texas and Florida, have prohibited vaccine mandates. I recognize that some people may disfavor the Texas and Florida policies but, for better or worse, those grievances must be redressed by the ballot box—not by the White House.

Still, there is an even greater problem with President Biden’s diktat—he acted unilaterally. Congress never enacted a vaccine requirement. Indeed, politicians on both sides of the aisle have stayed out of those muddy waters. So where did President Biden get the power for this new mandate? He reached back to an unlikely ally. 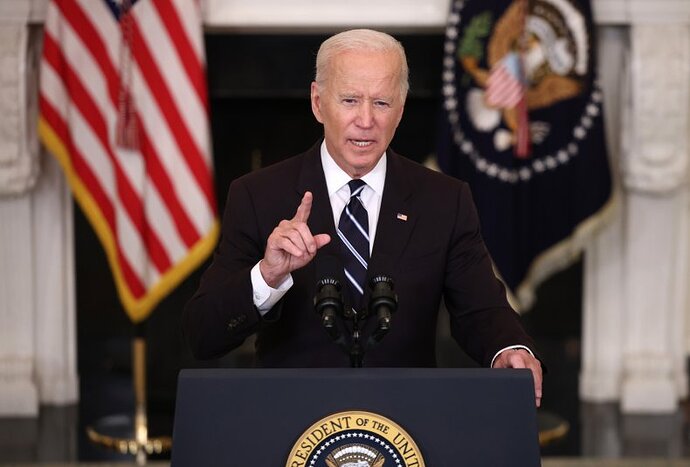 U.S. President Joe Biden speaks about combating the coronavirus pandemic in the State Dining Room of the White House on September 9, 2021 in Washington, DC.KEVIN DIETSCH/GETTY IMAGES

In 1970, President Richard Nixon approved the Occupational Safety and Health Act. This venerable statute has long been used to maintain workplace safety. But now, the Biden administration has repurposed this half-century-old law to authorize an unprecedented federal vaccine mandate. Pouring new wine into this old bottle will prove problematic. The order does not simply require workers to wear masks—the sort of traditional workplace safety measure that predated the pandemic. Rather, workers are required to get a shot outside of the workplace or, in the alternative, get tested weekly at their own cost—both forcible intrusions on bodily autonomy. And the failure to do either task would lead to a worker’s termination. I have yet to find any historical precedent for such an invasive regulation of workers nationwide.

Courts are often skeptical when agencies invoke outdated laws to conveniently address urgent problems. Recently, the Supreme Court used this principle to stop the federal eviction moratorium. During the pandemic, Congress let lapse a temporary ban on residential evictions. In response, the Biden administration—and the Trump administration before it—imposed a new moratorium. The executive branch relied on a federal quarantine law that dates back to World War II. However, the Supreme Court found this FDR-era statute could not support such an expansive national policy—as the late Justice Antonin Scalia memorably put it, Congress does not hide elephants in mouseholes. If Congress intended to give the executive branch the power to impose a national vaccine mandate, it would have done so expressly—especially where such a mandate intrudes on the states’ sovereignty.

Finally, and tragically, Biden’s mandate may prove counterproductive. I fear that mandating vaccines will have the unintended consequence of increasing vaccine hesitancy. As any parent or teacher knows, when you order people to do something, they are motivated to do the opposite. Some employees will submit fraudulent vaccine records. Others will simply refuse to get their shots, and dare employers to fire them. And countless state governments, employers and employees will go to court to halt this program. This public health measure will be tied up in litigation for the remainder of the pandemic. Vaccination rates will likely initially increase but will eventually plateau, short of our goals.

In an ideal world, we would have already reached herd immunity and begun our return to normalcy—whatever that even means. But the federal government should not, and indeed cannot, exercise the full breadth of its levers of powers to achieve that desirable goal.

Josh Blackman is a constitutional law professor at the South Texas College of Law Houston and the co-author of An Introduction to Constitutional Law: 100 Supreme Court Cases Everyone Should Know .

Though Blackman’s is less of a legal analysis than Adler’s–of course the audience is difference, he was writing an article for lay people. Adler’s was a legal blog so got into the weeds. Both have merit. Will be interesting to see it play out.

Congress created OSHA by legislation. The POTUS/OSHA can only enforce OSHA regulations that are within the scope of that legislation, so it would actually be the POTUS enforcing Congress’ own law against Congress. That’s not a separation of powers issue. Otherwise Congress would be exempt from all the laws and federal regulations. So the exemption is an actual exemption - a choice to not enforce it against Congress.

He knows it’s illegal. This is nothing more than a stunt to buy him some time to deflect from ineptitude. His base is eating this shit up.

[quote=“Trust, post:25, topic:3688290”]
Otherwise Congress would be exempt from all the laws and federal regulations.
[/quote] Derp - the congress makes laws, not the executive.