Adam Cole next to leave?

“A major WWE contract was expiring recently in that of former NXT Champion Adam Cole. Wrestling Inc reported that Cole’s deal is up after Summerslam However, we’ve learned there was a whole lot more to that than just a contract expiring. There was an assumption internally that Cole’s WWE contract expired in December, but WWE sources have reached out and noted that they became aware that the deal was actually up in early July. Despite that, we’re told that Adam Cole expressed to WWE that he was willing to work through Summerslam weekend and re-evaluate things. WWE sources put over Cole for being open to doing that as opposed to just appearing on another program without any notice by WWE. There was once word within WWE that Cole had actually signed a new deal when the USA Network agreement came to be, but that was not the case, despite the internal rumors.”

AEW can’t keep absorbing everyone. They will have to be strategic in who they decide to pick up.

AEW can’t keep absorbing everyone. They will have to be strategic in who they decide to pick up.

They have done pretty well thus far bringing in Black, Miro, FTR, Brodie, Hardy, (and its looking like Punk and Danielson).

The only questionable one has been Christian… but it sounds like he is well worth it backstage.

AEW can absorb people if they structure the contracts correctly. Limit the appearances in the contract in order to not have to pay as much & to make sure they can fit everyone in as necessary. Adding Cole & Bray would be really good pickups.

Would rather see some of those guys in NWA and Impact. Spread the love.

Would rather see some of those guys in NWA and Impact. Spread the love.

MJF is in a long term storyline with the biggest name in the company
Page is slowbuilding to be the one to finally beat Omega
Darby, I think, has headlined Dynamite a ton
Sammy was put over in the main event of their biggest PPV

Starks was put over by Brian Cage and is leading a stable
Angelico? He’s in his mid 30s and has never really done anything
Private Party is working with Hardy while the Bucks have their run
Ogogo is injured.

Not sure the argument here. Even bringing in big names, AEW has consistently kept pushing young/non WWE talent.

Pretty sure cole is huge friends with the bucks. They have a lot of history together.

Though hhh is really high on hom right? Maybe a chance cole tries his luck on the mainnstage?

Pretty sure cole is huge friends with the bucks. They have a lot of history together.

Though hhh is really high on hom right? Maybe a chance cole tries his luck on the mainnstage?

With the gigantic failure most NXT callups have been, I don’t see him sticking around despite any promises… Fun fact… more NXT men’s champs have been released than have won a WWE world title.

I’m sure I’ll get shit on by the usual suspects here for this idea, but…
.
Have Malaki Black utterly destroy Cody. (Say what you want about Cody, but he consistently puts people over. He made Mr. Brodie Lee - RIP - look like an absolute monster and his draw with Darby is what put him on the path to success with AEW.)
.
He does a couple weeks of spooky vignettes.
.
Meanwhile, Britt keeps finding weird stuff backstage, having odd things happen (like accidents in the dressing room, technical malfunctions during interviews, etc) to her. Finally gets revealed that Black has been messing with / stalking Baker because -insert reason here-.
.
Baker is cutting a promo in the ring, Rebel has been taken out earlier in the show, she’s saying Black needs to leave her alone. Lights go out, come back on, Black is in the ring, starts backing Baker into a corner, looks like someone from the crowd jumps into the ring with a hoodie on, Black turns, selling it’s a shoot, “fan” superkicks Black, takes the hood off, it’s Adam Cole.
.
He checks on Britt, and escorts her from the ring. Black is stirring, Cole back into the ring & hits the running knee from behind (can’t remember the name of the move).
.
Black is out cold and Cole hits is pose to an entire crowd yelling BAY-BAY!
.
Sets up an excellent feud with great chemistry, what are bound to be excellent matches, and gives Britt something else she can do to fill some of the down time she’s bound to have while injured (since I’m assuming she won’t be able to wrestle as often).

In an update on WWE’s filing on the Adam Cole trademark where the company stated that he never used his name prior to joining the WWE, which was factually incorrect, and that he could never use it if he were to leave the WWE, the company sent the following update to the United States Patent and Trademark Office regarding the matter, noting that Cole did indeed use the name prior to joining them and can use it again going forward should he depart the WWE.

“The Applicant would like to correct information that was provided in the previously filed response. Applicant wishes to advise the Examining Attorney that the “name” in the mark does indeed identify a stage name or professional nickname. Mr. Austin Jenkins that is referred to in the Examiner’s Office Action did actually use this fictional character name prior to working with Applicant and can use this name if he were to cease working with Applicant. Accordingly, attached to this response is the required Consent, which has been signed by Mr. Jenkins.” 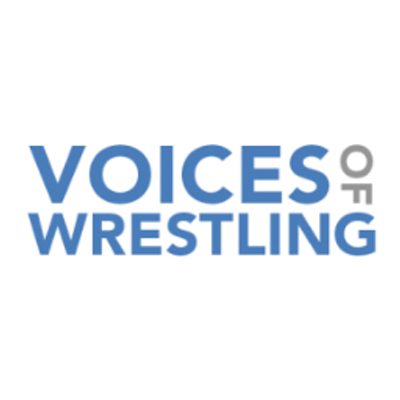 @voiceswrestling
"There was an assumption internally that Cole's WWE contract expired in December" How does this happen? How does this keep happening? Sloppy shop indeed
1 Like
The_Destroyer88 August 2, 2021, 3:56pm #13

There’s no such thing as signing too many WWE wrestlers. The problem becomes when they start handing off the belt every other month to guys like captain charisma vacuum or if Mark Henry decides he wants to wrestle and make a run at a belt. Or God forbid if Paul Wight gets bored doing commentary on a YouTube show and decides he wants to be featured in a major storyline on Dynamite. You shouldn’t only have AEW guys at the top, but you also shouldn’t bring in a guy like Danielson and immediately put the belt on him.

Word is this the big Keith Lee has been (or was, I guess) off tv for so long - they wanted to copyright / own his real name and he either wouldn’t let them or was somehow otherwise standing in the way.

Must’ve been the same intern that didn’t update Aleister (Malaki) Black’s no-compete from 30 days to 90 when he went to the main roster.

Yeah, it seems like Tony Khan isn’t the type to book a ton of title changes.

AEW should build their own stars.

Wyatt would be a great addition, as would Ric flair in a management role…But adding all the WWE cast offs is going to be bad long term.

AEW should build their own stars.

Wyatt would be a great addition, as would Ric flair in a management role…But adding all the WWE cast offs is going to be bad long term.

There is no way you don’t take Danielson and Punk if you’re AEW.

They are legit stars who have drawn as much or more than anyone currently in the business outside of maybe Cena. 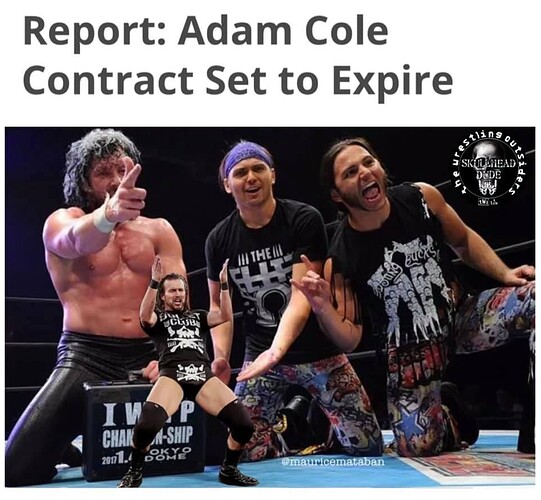 They should have him interfere in the hangman/omega storyline and cost omega the win. It would be great story telling and instant heat since everyone has been wanting Hangman to win.