Adrian Yanez: UFC Staff Were Telling Me To F*ck Kelley Up 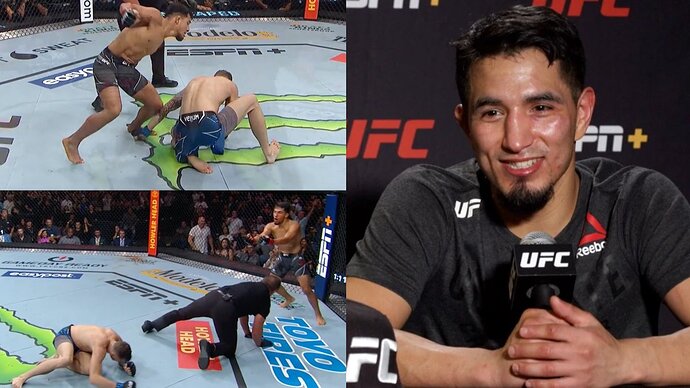 Adrian Yanez: UFC Staff Were Telling Me To F*ck Kelley Up

UFC bantamweight Adrian Yanez had plenty of support ahead of his fight against Tony Kelley, including from within the promotion itself. In one of the most 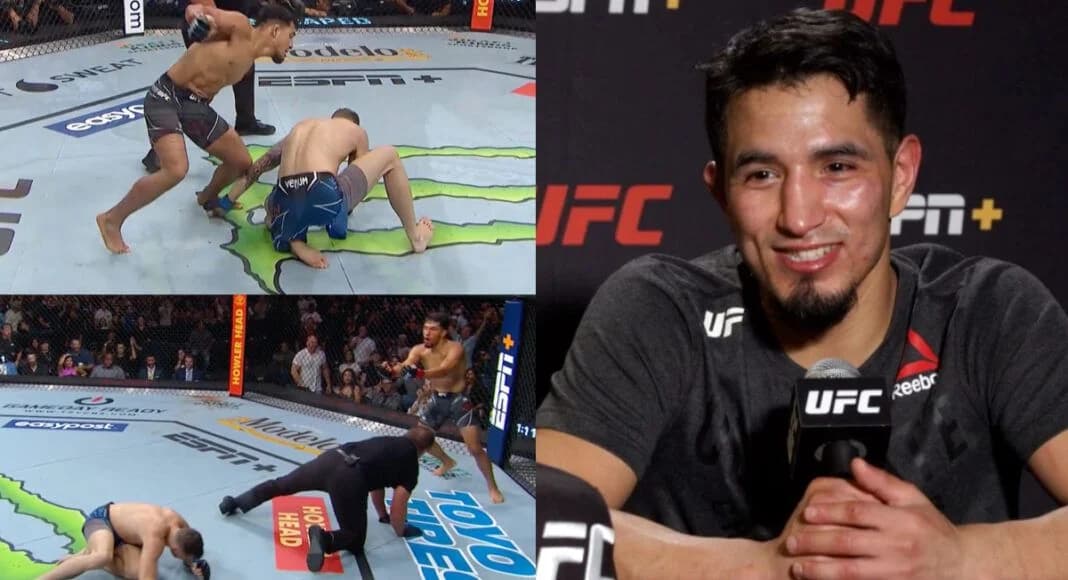 UFC bantamweight Adrian Yanez had plenty of support ahead of his fight against Tony Kelley, including from within the promotion itself.

In one of the most notable bouts on show at Saturday’s UFC Austin event, rising 135-pound prospect Yanez opened the main card against Kelley, who’s cut a controversial figure as of late following comments he directed towards Brazilians while in the corner of his partner Andrea Lee.

With that in mind, Texas’ Yanez not only had the support of his home state on fight night, but also the country of Brazil and a host of fighters, fans, and pundits who took issue with Kelley’s remarks and lack of remorse.

Thankfully for his legion of backers, Yanez got the job done inside the Moody Center, and in some style, knocking Kelley out inside one round and with little resistance.
And while the likes of Gilbert Burns were left delighted at the result, with “Durinho” even lining Yanez’s pockets with some extra bonus money, another group of individuals were seemingly left joyous: the UFC’s staff.

During a recent interview with The AllStar’s John Hyon Ko, Yanez looked back on the victory, which he said was made all the more satisfying after he came to learn that members of the promotion’s staff were rooting for him to “f*ck” Kelley up in Austin.

“That was the first guy I’ve had (where they’ve) been like, ‘Fck that guy up. Like, beat the sht out of him.’ And there’s been so many thank yous after,” Yanez continued. “Everybody’s like, ‘Thank you man, f*ck.’ Those are the nicest people in the world, too, man, so it means a little bit more. It was a little bit more satisfying.”

Despite what most would expect to be a humbling victory, Kelley has continued to trash talk post-fight. But while Yanez has noted that he’d be open to knocking the 35-year-old out again, a move into the bantamweight top 15 in the latest update should mean that he’s destined for things much bigger than Kelley next time out.

what did kelley say to make everyone hate him?

what did kelley say to make everyone hate him?

Wish Version Of Masvidal and a Dirty Fucking Brazilian

Yanez is coming off as very sensitive to keep going on and on about this after the fight. He’s acting like Kelly mocked his dead coach or something serious. It’s just showing future opponents that they can easily get under his skin.

Wish version of masvidal hurt his feelings? What a bby lol