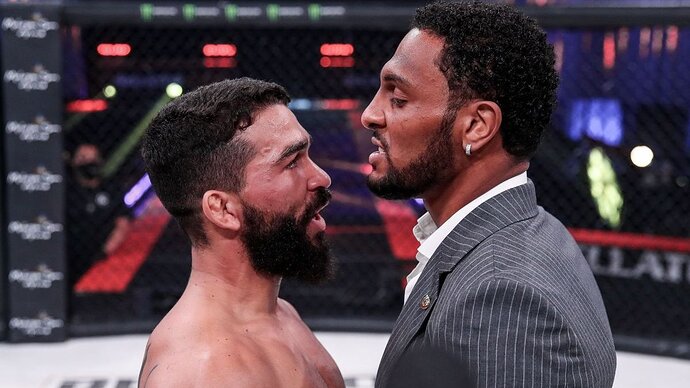 Two of Bellator's biggest stars, AJ McKee and Patricio "Pitbull" Freire, are set to return at Bellator 286 but not to complete their trilogy in the cage. 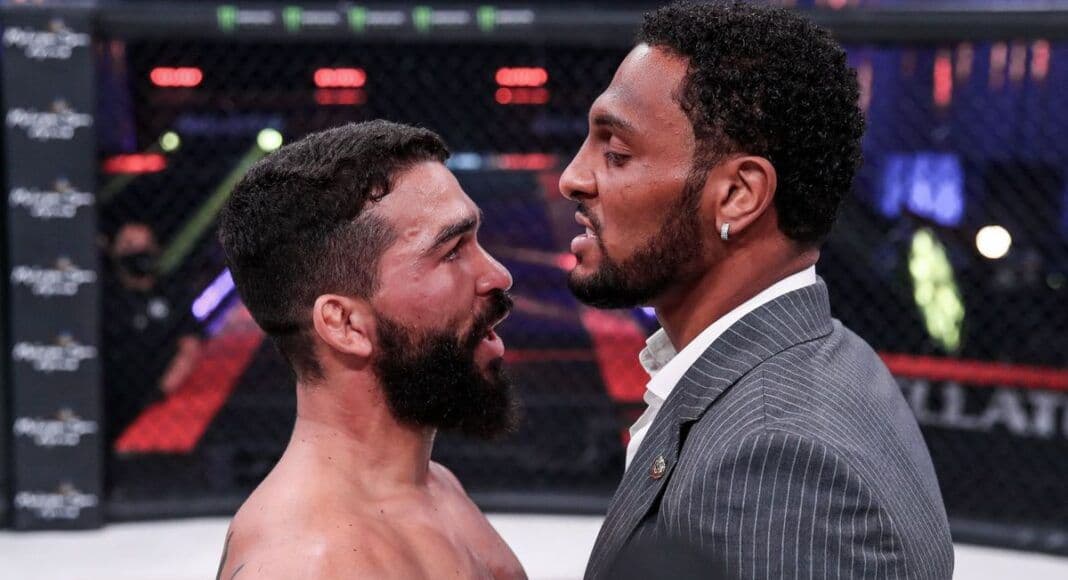 Two of Bellator‘s biggest stars, AJ McKee and Patricio “Pitbull” Freire, are set to return at Bellator 286 but not to complete their trilogy in the cage.

Bellator 286 will take place on October 1st in Long Beach, CA. The event will mark the returns of McKee and Pitbull, but in different matchups in separate divisions.

The Long Beach Press-Telegram was the first to report the news. 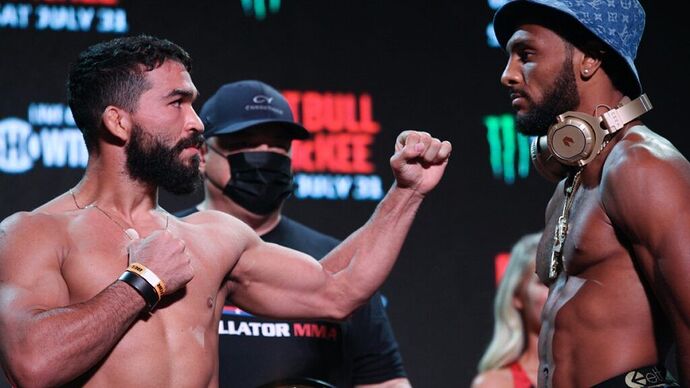 McKee will make his lightweight debut against Spike Carlyle on the main card. He’s hinted at a move to lightweight ever since winning the Bellator Featherweight Grand Prix over Pitbull at Bellator 263.

McKee lost the featherweight title to Pitbull at Bellator 277 earlier this year. Some believed McKee did enough to earn the decision win, but Pitbull ended up regaining the belt via a unanimous decision.

McKee has competed at featherweight for the entirety of his professional career, dating back to his Bellator debut at Bellator 136. He picked up wins over Darrion Caldwell and Derek Campos en route to the Grand Prix championship.

Pitbull, upon earning the featherweight title, will defend the belt in the Bellator 286 headliner against Ádám Borics. A winner of four in a row, Borics called for a title shot after a win over Mads Burnell at Bellator 276.

Pitbull vacated the lightweight title which was then earned by his brother, Patricky, with a win over Peter Queally. If McKee defeats Carlyle, he could potentially be well on his way to a lightweight title shot.

NOT against each other

AJ McKee vs Spike Carlyle is classic “who gives a shit” Bellator matchmaking. They do this with their “names” to get them fights when they don’t have a big fight for them at the moment.

Didnt realize Carlyle was on a 5 fight win streak. Still a mismatch though.

This would be like Volk and Max going 1-1 vs one another and then Max moves up to LW to fight Drakkar Klose or Vince Pichel instead of finishing the trilogy. Boring.

Happy to see Pico vs Kennedy added to this card as well.

Oct is looking good with this card and UFC 280 a few weeks later. 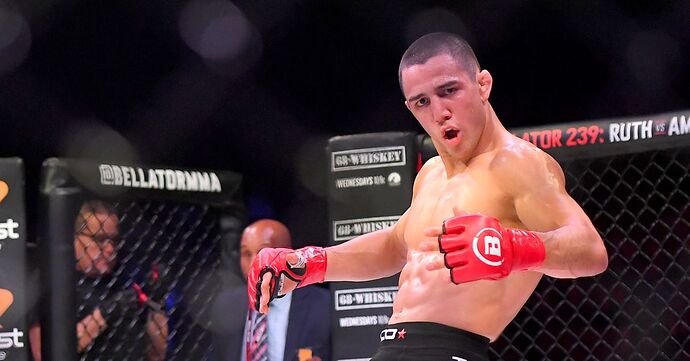 Aaron Pico and Jeremy Kennedy are set to face each other at Bellator 286 in Long Beach, CA.

Pitbull is so lame. His legacy will forever be tainted by getting KOd and guillotined in one single night against AJ. Then he wins the lotto and gets a fake decision in the rematch. Lame.

Ha. Give me a break. Pitbull beat AJ in the rematch.

Calling Pitbull lame is the lamest thing I’ve ever heard. 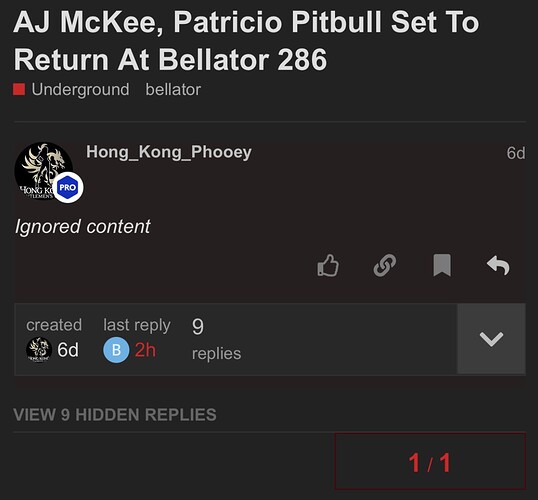 BlockResnar is the gayest gimmick since karasu and by gay I mean it sucks dick, all the dicks, all the time, like the CNN 24/7 “news” of dick sucking.

hes a heck of a fighter IMO

Pitbull is so lame. His legacy will forever be tainted by getting KOd and guillotined in one single night against AJ. Then he wins the lotto and gets a fake decision in the rematch. Lame.

Hes the greatest Bellator fighter of all time. One KO loss isnt going to taint his legacy any more than Aldo losing to Conor.

Why does this guy click on threads of people he has blocked?