Aug 5 (Reuters) - U.S. conspiracy theorist Alex Jones must pay the parents of a 6-year-old boy killed in the 2012 Sandy Hook massacre $45.2 million in punitive damages - on top of $4.1 million in compensatory damages already awarded - for falsely claiming the shooting was a hoax, a Texas jury decided on Friday. 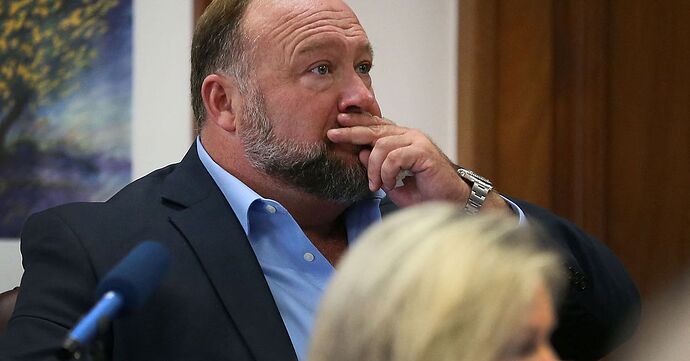 Lawyers for parents of a child slain in the 2012 Sandy Hook mass shooting began presenting evidence on Alex Jones’ wealth to jurors in Texas.

50 million lol . Poor Alex they really coming for him

He will be in bankruptcy court on monday, reopen infowars once the dust settles, and back to making the big bucks in no time.
They should have just ignored him, in making him out to be the boogeyman, they made him way more powerful.

Like I mentioned in another thread, when all the different Sandy Hook lawsuits get dealt with, Jones could very possibly end up owing a billion, or close to it, in total damages.

Even with the loss of their kids, these parents I don’t find sympathetic characters at all

Fuck anyone who supports that piece of shit. I hope he dies and wouldn’t mind y’all being gone either. You’re everything wrong with the world.

He’s now a martyr in some people eyes…

Looks like one of our sky screamers is emotionally hurt…

Like I mentioned in another thread, when all the different Sandy Hook lawsuits get dealt with, Jones could very possibly end up owing a billion, or close to it, in total damages.

This really bears repeating. This is merely the FIRST settlement.

Good, should have been more TBH. Alex Jones is the most mainstream of mainstream right wing political pundits out there, he made over $800,000 a day during CPAC and was instrumental in getting Trump elected in the first place, and he also helped orchestrate the deadly January 6th radical right terrorist attack on our nation’s capital.

The January 6th committee is now going to subpoena Alex Jones text messages after his legal team accidentally leaked him to the Sandy Hook victims’ lawyers. You love to fuckin see it!

This will forever remain one of the finest moments in the history of televised Court cases: 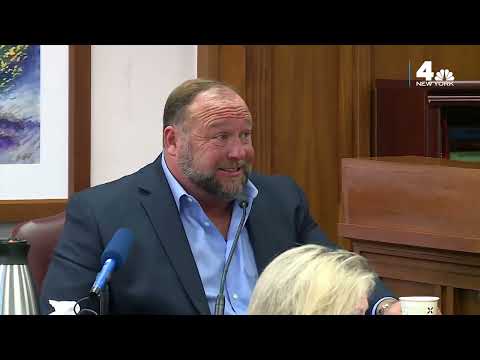 I have the same question. in for someone giving us a real answer.

I can’t wait until we come for people like you. 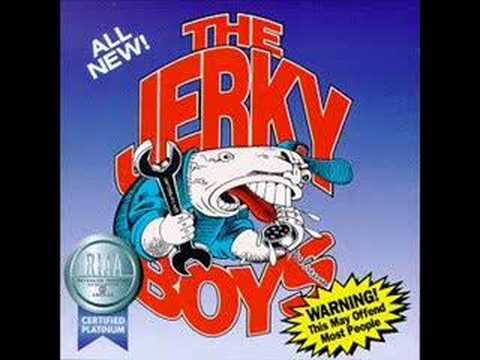 I have the same question. in for someone giving us a real answer.

Pretty sure he said he didn’t believe sandy hook was ALL real and voted crisis actors, original police reports of multiple shooters, etc…

He said some things… that’s it.