Another DUI for Jeff Hardy

lol at booker t being someone worth listening to 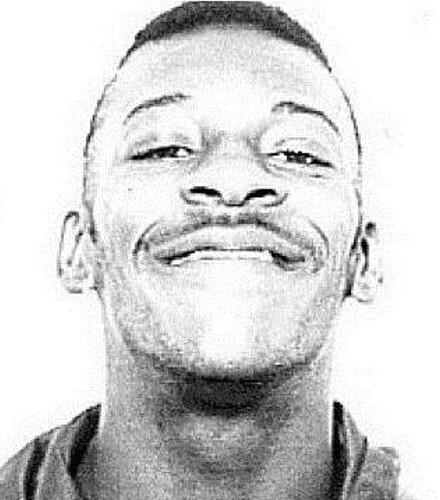 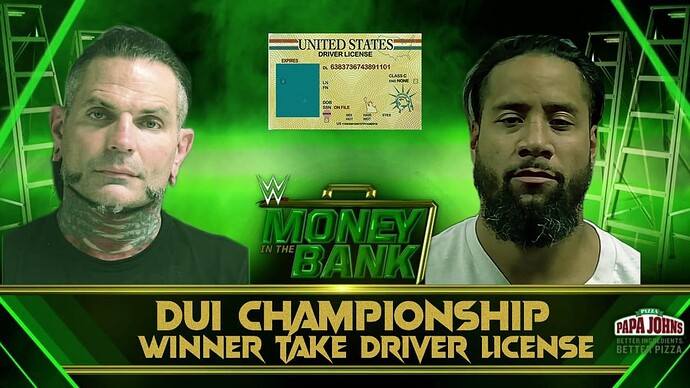 Agree with Booker. Tony and AEW enabled an addict.

Dude should do some prison time. Maybe being taken away from his family will smarten his dumb ass up. If it doesn’t at least he won’t be driving and putting others’ family members in jeopardy.

Agree with Booker. Tony and AEW enabled an addict.

Was he driving to or from work? 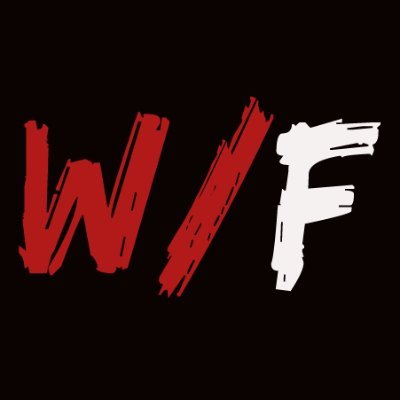 @WrestleFeedApp
“Whiskey is my best friend and my worst enemy.” - Video of Jeff Hardy drinking Whiskey the night before his DUI arrest https://t.co/PvIah6GBJF
edward_nigma June 16, 2022, 4:30am #50

Did they need to draw the guns that fast ?

Did they need to draw the guns that fast ?

Yeah, that seemed odd. Dude was flagging the FUCK out of his partner too…

Based on his Appearance, three DUI’s aren’t the worst of his life choices 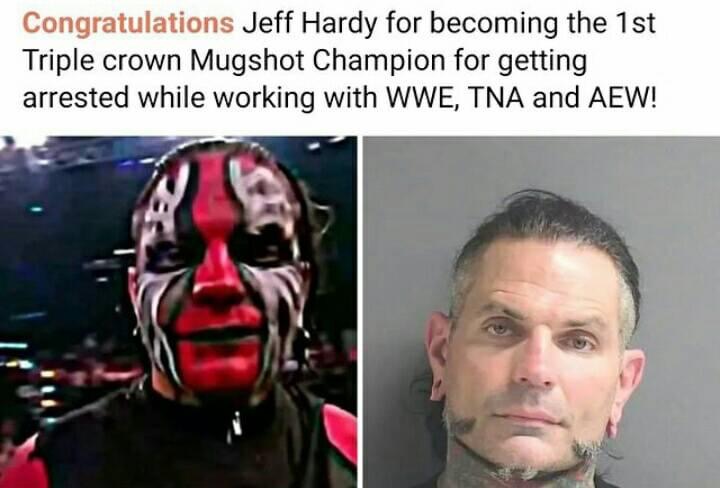 He’s better than listening to you. He’s the 5 time WCW WORLD CHAMPION, he can break dance, and was a king.

What have you ever done?

How did he enable him? He sent him to get help instead of throwing him out there like the show must go on promoter’s 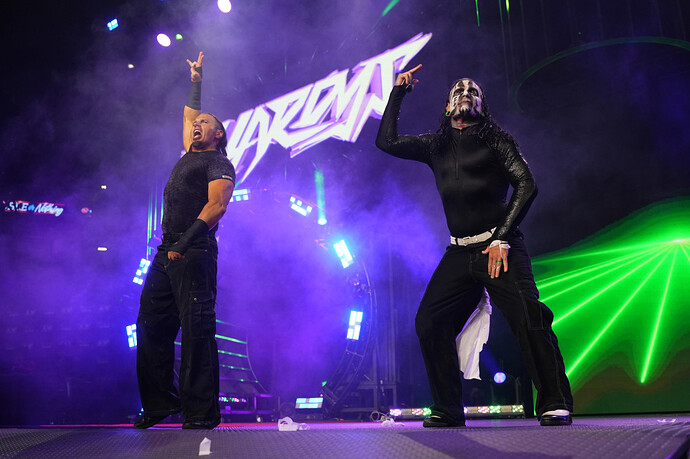 The Hardys were originally supposed to win the belts.

Not really sure why AEW is culpable for a choice he made on his personal time. AEW if anything is guilty for hiring him in the first place, especially if they somehow buried their collective head in the sand about his history and why he was released from his last employer and still going through with it.

Hardy doing his schtick is something he’s done his whole career and isn’t something new that he started doing.

What choice did AEW really have other than what they’ve already done in this case, other than just not hiring him in the first place?