Ffs no, just no 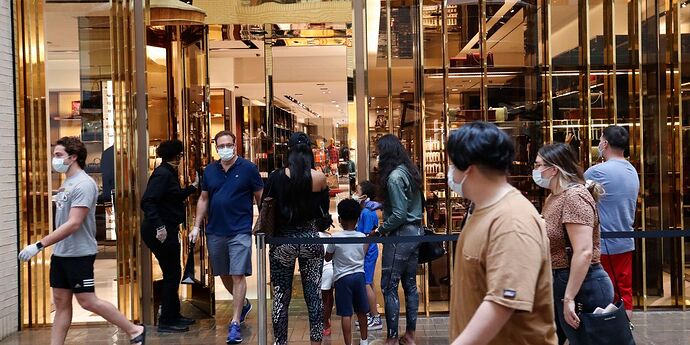 Another Respiratory Virus Is Spreading as U.S. Gets Back to Pre-Covid-19 Life

Cases of RSV, which are typically more common in winter months, are rising in Southern states.

IF YOU TOUCH MY TP, IMMA SHOOT YOU!

Good Lord, when are people going to wake the fuck up

Covid vaccines not working, mass hysteria, lock everything down for 45 days, hurry up and get more toilet paper!!!

Please no, ammo is just starting to come back into stock. I was able to buy 3 boxes this week.

Oh no. Oh wait I live in Florida. Y’all have fun.

Translation: expect flu diagnosis again so we can say biden saved us all

Lagging vaccination rates coupled with the rise of the delta variant could account for the uptick.

I wouldn’t pay much attention to it. It’s media doing what media does. Chasing clicks. For at least another six more months stories about viruses will get those clicks. That will start to wane and it will be time to go political again with the 2022 elections. After that it will be two more years of non-stop rhetoric and DeSantis derangement syndrome leading into the 2024 election.

Media better hope another populist Republican figure gets into office to save their butts. Because after Trump lost, ratings plunged 50%.

People wearing moist, bacteria-riddled cloths over their faces all day and now RSV cases are up? You don’t say!

I knew it, here comes the zombie apocalypse.

You mean the one that is 70% less likely to cause serious illness?

If post Covid made people a little bit more insane, I cant imagine what a second wave of lockdown would do to people.

I can tell by the annoying emails from the ammo websites that are now begging me to buy.