Floating arsenals: The boats full of guns for hire against pirates

The MNG Resolution may not immediately catch the eye but it is one of many floating arsenals, moored in the Gulf of Oman. The shipping container it is carrying is full of weapons, to be used by private security firms protecting ships from pirates. But as BBC Africa editor Mary Harper reports, these maritime armouries could be a security risk.

The explosion of piracy off the coast of Somalia, which reached its peak between 2008 and 2010, led to a similar explosion in the maritime security industry.

International naval patrols struggled to cope with the vast ocean area in which the pirates operated.

So, private companies, many of them British, stepped in to fill the gap by providing armed guards for merchant vessels. Somali piracy has reduced dramatically as a result.

'It's not the Hilton'

But how to arm the private security guards, and how to store the weapons when they are not in use?

Initially, most weapons were stored in state-run, land-based armouries. But governments, such as that of Sri Lanka, became increasingly uneasy about having such large quantities of arms, ammunition, body armour, night-vision goggles and other military equipment on their territory.

And so the floating armouries were born. Tugs, patrol boats, de-mining craft and other vessels have been converted by private companies into floating arms stores. 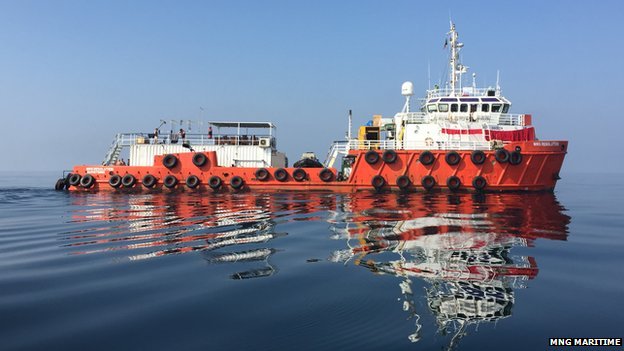 An ex-military officer is the armourer on the MNG Resolution 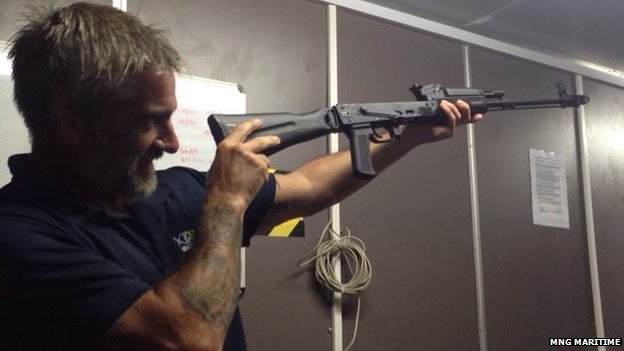 Weapons must be transported to merchant ships 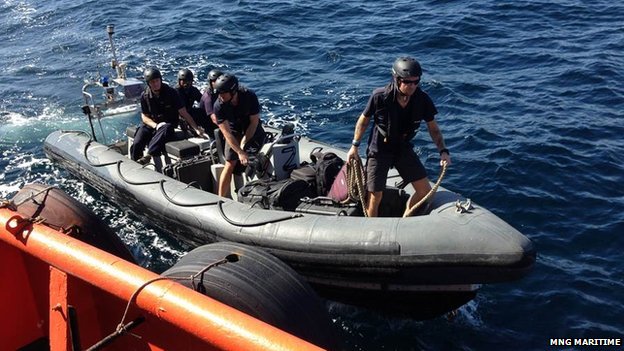 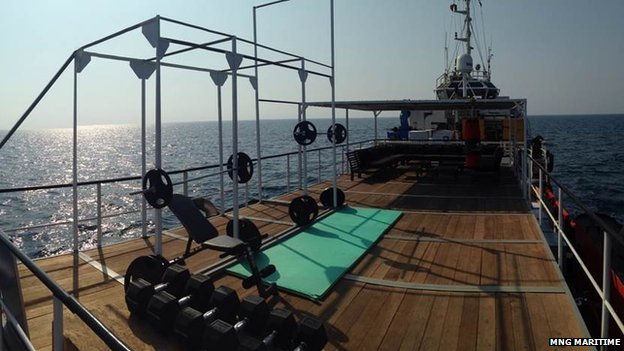 Many guards are used to army-style accommodation 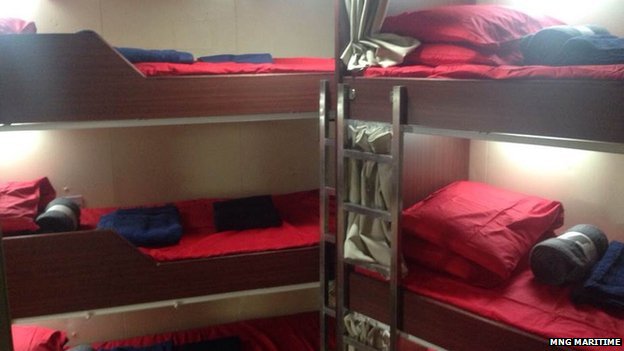 Companies insist the weapons are in safe hands 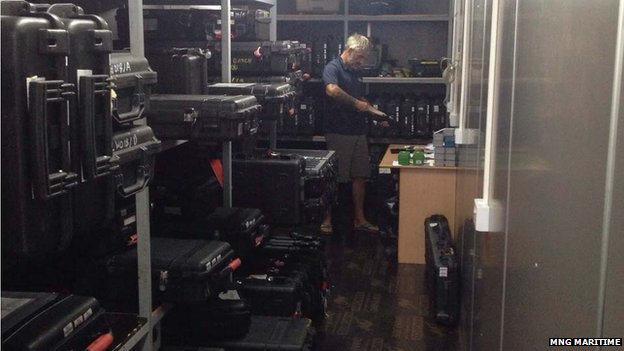 The UK has granted licenses to more than 30 floating armouries 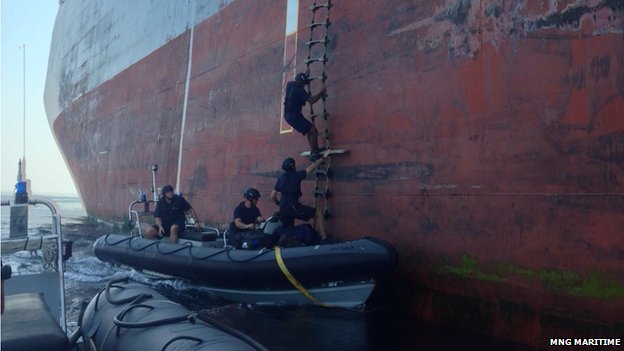 Where do I apply?

Those are nice bunks.