Antonio McKee coming to smash everyone @ 155

UFC 125: Antonio McKee is 'coming to smash everybody' at 155-pounds 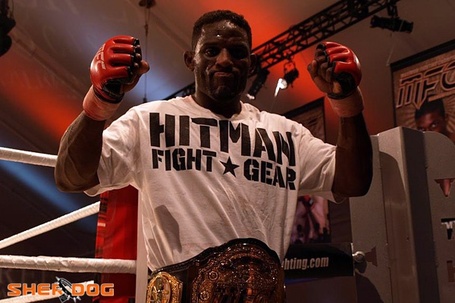 "Jacob Volkmann is a really nice guy, I don't want to take him too lightly but he is in the wrong place at the wrong time. I am very upset with everybody at 155lbs in the UFC because they were all supposedly my friends, no one said any good things about me and I found out a lot of people were talking about me so I'm coming to smash everybody. I don't care who you are, you could be Joe Stevenson, you could be my cousin, my uncle, my brother, you could be my father, I'm coming for the belt, so get ready."

-- Antonio McKee tells Mirror.co.uk that he's putting the lightweights in the UFC on notice -- he's coming and he plans on running through every one of them. Long thought of as one of the best wrestlers in MMA, it took "Mandingo" until the age of 40 and an 11 fight win streak to make his way to the world's largest fight promotion. In fact, he hasn't lost a fight since dropping a decision to Karo Parisyan in February of 2003. The knock on McKee has always been his lack of finishing prowess; 18 of his 25 career wins have been decided by judges. The fact remains, he gets the job done and now it's time to find out if his skills match up with the sharks in the UFC's loaded 155-pound weight class. Do they? Get busy, Maniacs.

Why do you keep doing this, Liefeld?