Or even just some insight from those of you have your wisdom teeth out. I had them removed on April 7th; one side started to hurt about 4 days ago.

I know a couple people who had dry socket and they said it was horrible but it started right after and lasted about 1-2 weeks. I’m a month and a half out and had zero issues until now. The other 3 are having no issues.

The pain seems to come primarily from the area where the gums overlap the bone where the tooth was removed. It’s like the sharp edge of the bone that held the teeth in is hurting the gums where I chew.

I would just go to the dentist, but it’s Sunday and tomorrow Canada will take a day off to celebrate the birthday of some dead broad in England. I’m just hoping someone can provide some insight into what might be going on, or maybe someone has some experience.

Also, does anyone have any suggestions for exercises that I can do to get some of the wisdom that was removed back? I’ve been walking around with my mouth open like a retard ever since they came out.

Is there bone fragments coming through? Sometimes pieces of bone come through after the fact and it can hurt.

im scheduled to have all four removed in a couple weeks

I’m starting my process to eventually get implants(no not tits you pervs) soon and I’m not looking forward to it. This shit is going to fucking suck.

That’s sounds plausible but I cant feel anything pointy, more like a ridge along the whole length of where the tooth was. The other side feels the same way but doesn’t hurt. It’s not terribly painful unless I’m eating, so I don’t think it’s an infection or anything. My wife looked inside and said both sides looked the same so it’s not super irritated and swollen, although it feels that way to me.

That bone in there could still be healing. I know when they do my implants they said it takes months for the bone to heal after the teeth are pulled.

I had mine done October 2020. Had a molar pulled at the same time. So 5 teeth total. The wisdom teeth didn’t hurt one bit but there are fragments that work there way up once in a while even still that hurt sometimes. That probably what u have. When the guy pulled my molar out he accidentally ripped a hole in my jaw so he could see into the sinus cavity. My eye was swollen shut for a week and I had to go back twice to get the remainder of the nerve out. You’ll be okay op.

This shit terrifies me. It’s why I’ve been delaying starting the process

Had mine done when I was 19 and no problems. Wife did hers a few years ago at 28 and had a rough time. Partly because one was close to a nerve but still was a long week for her. Guy I hunt with is an oral surgen and agreed on the saying of younger is easier for sure when it comes to teeth. Good luck to all!!

This thread is giving me a panic attack. I stress about having to start this process every day. I have some rough nights laying there freaking out. I’m getting almost all my teeth pulled at once. My adult teeth in the back didn’t for correctly so I have many issues with them. This is something I have to get done though.

Is there bone fragments coming through? Sometimes pieces of bone come through after the fact and it can hurt.

Happened to me, it sucked.

Getting one pulled weds. I had one pulled 6 years ago. No issues I remember.

I’m old though 39. It is exposed so not impacted or anything. Should be straight forward… Needs a root canal. But getting yanked. Not looking forward to it.

When they take out your wisdom teeth they break them and pull out the pieces. Maybe something got left behind.

I have this fear of being put out so they did mine with local anesthetic. It literally takes them about 2 minutes per tooth. The worst part was getting 2 full syringes of novacaine per tooth. They really went to town with the needle. I couldn’t feel my face for like 3 hours.

Then came that sweet, sweet percocet. Let’s say I spent a few days nice and relaxed.

Just enjoy the drugs and keep your mouth from getting dry . You’re probably going to want get a Waterpik if you don’t have one already . I only had 4 implants done at once and it really wasn’t that bad

Yup, bone or tooth fragment finally worked its way out. 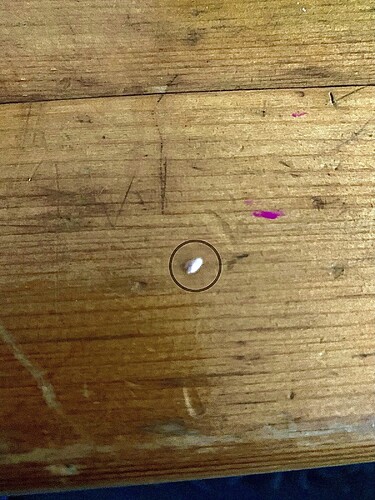 That’s what I thought it was. Good call by me. I’m basically a dentist now.

My dad threw a salt shaker at me that shattered on my head. Every once in a while a little sliver of glass would work it’s way out for years afterwards.

My head would get itchy and I’d scratch it and a little bit of glass would come out. I thinks it’s all out now because I haven’t had it happen for a few years.

Jesus, if it’s like the glass salt shakers my family had as a kid, that’s damn near a deadly weapon. 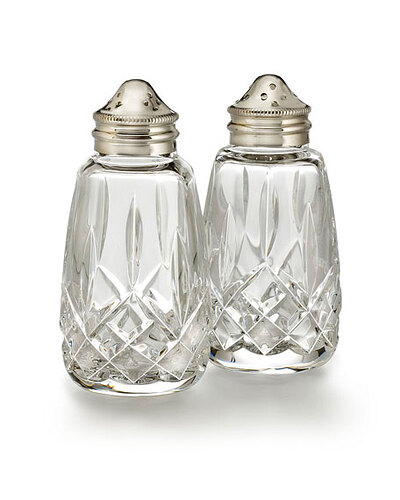 Ours were like this except for poor people. Thick glass, and damn heavy.

Yeah. Something like that but not as fancy. It hit the wall and my head at the same time and exploded. It hurt because as soon as I grabbed at it I was literally rubbing salt in the wound! Ha!!

He was a miserable prick.

Another chunk just made its way out, but this one was thin like a wafer and razor sharp. Had to get the tweezers out and yank on it because it slicing up the back of my tongue. Again instant relief. Hopefully that’s all of them.