Anyone else metal detect?

What's a good one to start walking the beach

I have a squirrel problem at my house but I live in the city limits so I can’t whack them with a gun now that I have neighbors.  So being the superb hunter that I am I shoot them with a blowgun.  It’s nasty, broad heads etc.  Well, those little fuckers are hard to hit and the dart buries deep into the grass when I miss.  I don’t need to find them with my mower or bare feet so metal detector it is.  There is no telling what my neighbors think of me wandering around my yard searching for treasure.

Why not a high powered pellet gun? I own a Benjamin Steel Eagle and it dispatches of squirrels no problem.

What are your recommendations for somebody interested in trying this out?

I wouldn't want to buy the cheapest one out there, because if the equipment sucks I'm likely to not give it a real shot.

I also don't want to drop $1000 for something that ends up collecting dust because I got bored.

What are your recommendations for somebody interested in trying this out?

I wouldn't want to buy the cheapest one out there, because if the equipment sucks I'm likely to not give it a real shot.

I also don't want to drop $1000 for something that ends up collecting dust because I got bored.

My recommmendation is one of the following.

1. Watch some of the popular youtube videos on metal detecting like "The Hoover Boys" "Birddog" "Green mountain detecting" or any of the other more popular guys on youtube. Find a good detector in the $250 range such as a Garrett ace series, they are good beginning detector and you don't have to drop alot of cash on them. You can always resell them if you decide not to pursue the hobby. Also watch some videos on gear to use, shovel, trowel, etc...

2. See if there is a local metal detecting club in your area, find out when their meetings are and attend one as a guest. I can tell you from experience you will be welcomed as most of us are excited to share the hobby with new people, now they aren't going to tell you any great spots to go to but I'm betting someone will have an extra detector you can use on a hunt.

Another important thing to remember is what kind of hunting do you want to do? There are basically 3 different types, Coin hunters, Relic hunters and beach hunters. anyone can coin hunt but obviously you need  locations for beach and relic hunting.

I got an old el cheapo detector as a gag gift.

How do I go about using it effectively?

The easiest way to learn is to watch a few youtube videos on that particular machine. But I can tell you right off the bat, don't expect very much out of it, It is a very basic detector and likely won't pick up anything more than a few inches deep.

Watch a few videos of how it works, take it in your backyard and give it a go. You can buy a decent beginner machine for a few hundred bucks.

There are also many facebook groups dedicated to metal detecting. Let me know if you need anything else.

I have a crappy 80 dollar model.

I'll start by walking the beach by my house after watching some YouTube.

I was just hoping there was some tricks to it.

Keep me updated and let me know if you have any questions, I'm not a beach hunter but don't try to detect in the wet sand, the mineralization in the wet sand interferes with most all VLF detectors, those special beach detectors work fine in the wet sand but they are expensive.

I've been thinking about getting in to it. There's a guy selling a Garrett AT Pro on a local Facebook group fairly cheap, & I'd  like to do some water detecting so I'm considering it. Just don't know if I  really have time or not. I do like watching a few metal detecting YouTube channels.

The Garrett AT Pro is probably the most popular detector out there, they are good machines and the price on used ones should go down quite a bit since Garrett introduced the AT Max just a couple of months ago. Plus like you said, the AT Pro is waterproof to like 8 or 10 feet I believe.

You should go for it and give it a shot, the worse thing that could happen is you would lose a few bucks on reselling the AT Pro.

OJTT_Wiggy - I've never done it, but could see how it would be fun.

But how do you have any idea where to go looking for stuff?

Don't see myself going out in my backyard or the wood between developments in the rural area I'm in just to see if there's something randomly out there. Think I'd wanna at least have an idea there was a chance that there was something there.

Kinda like going fishing someplace there at least supposed to be fish, even if you don't know if you'll catch any yourself. If that makes sense.

Research, I hunt for Civil War relics in Tennessee so I have a good idea of the areas I want to look at, mostly civil war camps.

If you are wanted to look for old coins then you have to find old places, like old houses, or schools, parks or towns. There are several websites than I use to help in this like www.historicaerials.com

If you want to look for jewelry then the beach or parks or old picnic groves. If you are detecting on public owned land, make sure you check the local rules for metal detecting, some places may make you purchase a yearly permit for a few bucks.

What's a good one to start walking the beach

You can use just about any detector on the dry sand, but you have to use a special beach detector on wet sand. The Garrett Ace 200 and 300 series in a great beginner detector for around $250 to $300. Some machines are over $5000, I hunt with a $500 machine and I am very happy with it.

I will upload some pics tomorrow or Friday of some of my better Civil War finds.

Friend has AT pro

how many pull tabs have you dug up?

More than I can count, they are the enemy of every detectorist. 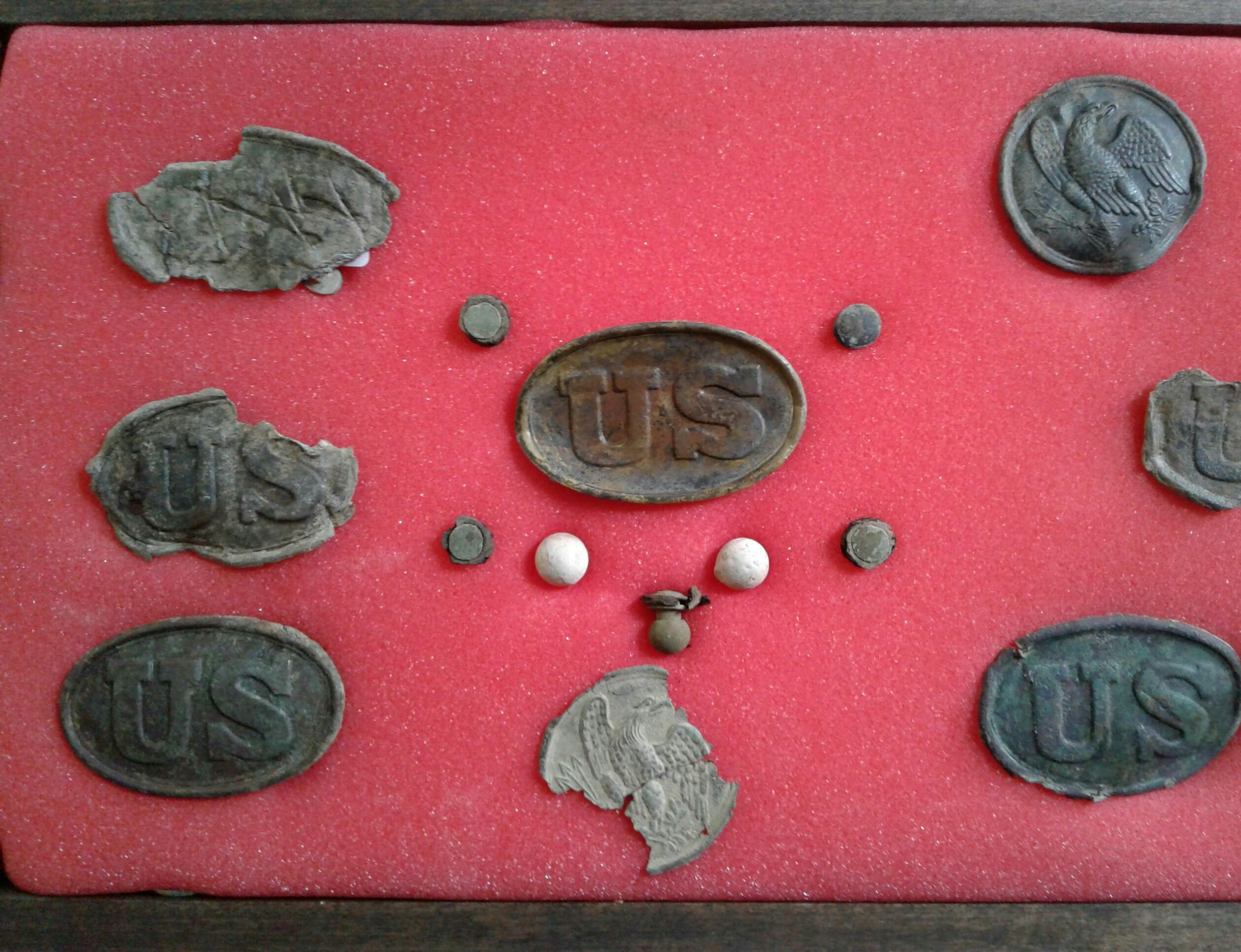 U.S. Civil War belt buckles, boxplates, and breast plates that I have found over the years.

Thats bad ass. If I lived near places that had battles I would be doing the same thing. Thanks for the pics 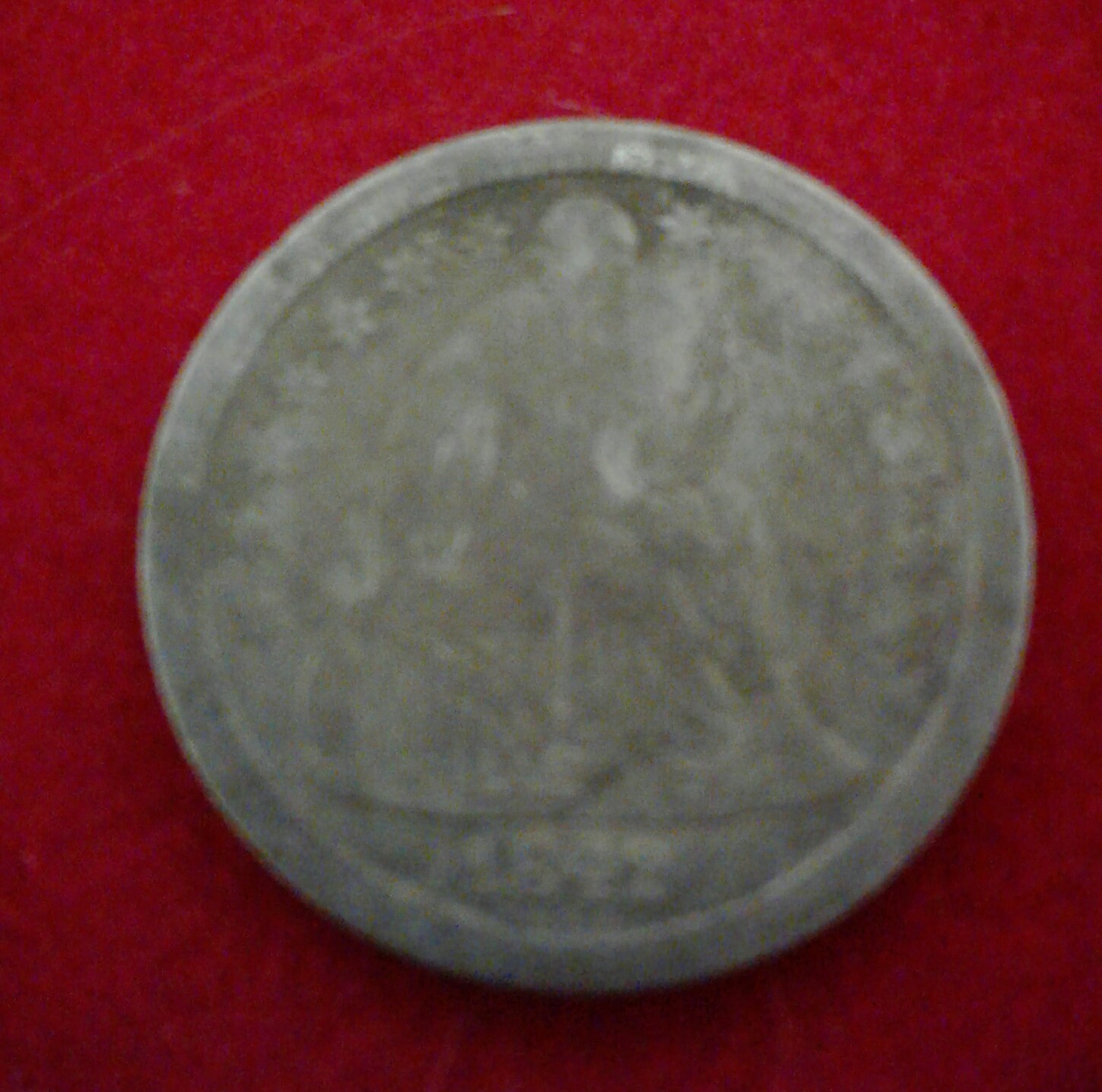 Thats bad ass. If I lived near places that had battles I would be doing the same thing. Thanks for the pics

I hunt areas where they camped, most battle sites are off limits. There were alot of troops guarding the railroad in my part of Tennessee so that is where I (and every other relic hunter around here) focus on.