Anyone ever do the nude beach/pool thing?

Is it as awkward as one would think?

Not done the completely nude, but the clothing optional, my ex and i did quite a bit back in the day.

Water would have to be balls heat for me to dip my junk.

So it was only women, eh?

no hate but the fur is kinda like wearing a winter coat doncha think?

I found one by accident hiking around Lake Tahoe. No one seemed to mind my accidental arrival. 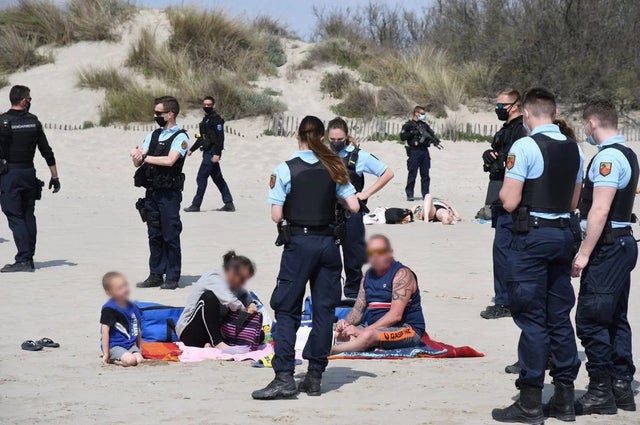 Water would have to be balls heat for me to dip my junk.

I liked going to the one here in Jersey to get rid of tan lines and avoid kids (even though some people still bring their fucking kids). It’s also a great way to see if a chick is really with it when you suggest it on a first date. But still, as confident as I am in my…self, that water was always a deal breaker lol. You just can’t feel cool while shriveling, and you can’t really counteract that by squeezing your girls ass or something because too much blood flow and you’re a different kind of embarrassed.

You definitely try not to meat gaze, but you’re going to notice stuff at some point when you’re not expecting it when you turn in a certain direction. One cheat code I’ve seen a lot are those rings to keep the blood trapped there, but that’s just like a push up bra for your dick.

For most part, people are immune or can play it off. One of first times I went was when I was 21 on a double date with my friend and 2 chicks that just turned 18. I was the only one stripping down at first but once they saw me get comfortable, the girls took their tops off and my friend dropped his shorts when he got in the water (which of course meant he’s hiding something but not much). I was enjoying a nice view of the two of them until these 15-17 year old kids hanging around praying for something like this kept staring and made the girls uncomfortable.

I don’t blame them though because when I went there at that age, there was only the old saggy women and lots of dudes so those 2 chicks must have been an oasis for them.

University of Vancouver has a nude beach beside the campus… wreck beach.

In the 1990s… it was a great party spot and I sold beer, pot and mushroom on the beach (on the down low)… got used to being nude… and rarely see a perfect body… most have flaws.

Well yeah, but we’re all kinda perverts there. Definitely a lot of swinger meetups, etc. One guy I remember was going around introducing himself to all the couples and pretty much letting them know he’s there to help the wife if needed.

Wow you ARE a real bear! Just make a little noise and they turn tail and run!

Wrong. My 1st time, my ex and i were camping in keywest around Thanksgiving. It was raining thanksgiving morning, so we said fuck it, lets get a room. Early that morning, i walked into the lobby of The Atlantic Shores motel, way before checkin, like 730am. The owner had a line of shots of vodka lined up on the counter, and told me if i helped him finish them, my ex and i could check in right then, so of course i did. You would think that would be the lead-in of a great story, but no.
My ex and i crashed till that afternoon, when it was bright and sunny. We loaded up a big cooler full of beer and tequila and headed to the pool. We payed the pool boy(probably a 50yo guy wearing a speedo), for the chairs and he carried our chairs into the middle of the crowd next to the pool.
As i was setting the cooler down, it was heavy and i had to carry it, and not roll it, my ex was nudging me in my side. He set our chairs next to 2 absolutely beautiful chicks, nude, who were oiling each other up. I looked around, and a lot of people were nude, men and women. A LOT of gay people in keywest, and we had stumbled into a clothing optional, mostly gay, local hangout.
We had never been to the keys, and had no idea. This was in the 80’s, before the internet.
Needless to say, we found our new spot to stay as we went to the keys quite often after that.