Anyone know about apple trees? 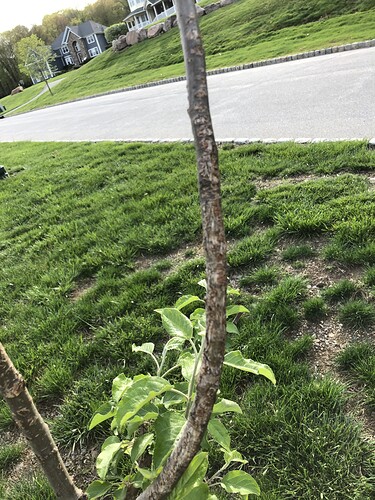 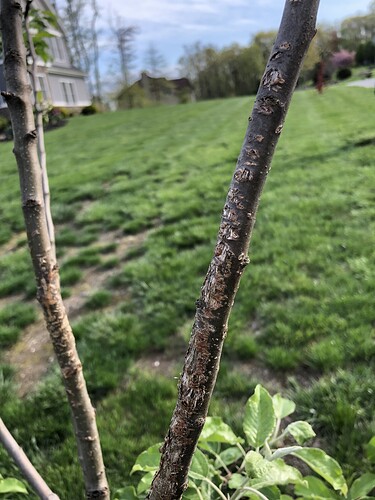 Any idea what this is? Should I be worried about it?

Had one 20y ago or so and I seem to remember that was normal. I also remember that the trees eventually need to be cutdown and replaced because the apples aren’t good after too many years…

Ugh - so it’s either perfectly normal from the tree growing, or a horrible blight that will decimate my entire orchard.

No I’m an android guy.

Looks like it may be sun scald, or burned from continuous sunlight on one area, more likely to happen on south side. Apples will produce good fruit for over 100 years if taken care of, the more you stress them the more fruit they produce, that’s why in commercial orchards they stress them as much as possible, producing more fruit but reducing the life of the tree to about 20 years.

and here to learn.

Do the leaves look normal?
Is it spreading?
Did the tree take a lot of wind or winter stress?

If you have an orchard then kill it. It looks like scratches though.

Do you salt your roads?
Is it on the inside and outside of the branches?

Sometimes as they grow they get stress cracks, not enough to break the branch but enough to scar it.

Like Niteprowler said if you have lots of trees then kill it.
If solo try staking it and giving some support from elements.

Second glance doesn’t look like weather or animals but if it were animals they be climbing up the branches just like this to get to the fruit. Is there any fruit or flower budding?

Do you know what species you have?
How old is the tree? Looks like 2-3 years old.

All I know is that you shouldn’t sit under it
.
.
.
With anyone else but me.
No-homo. 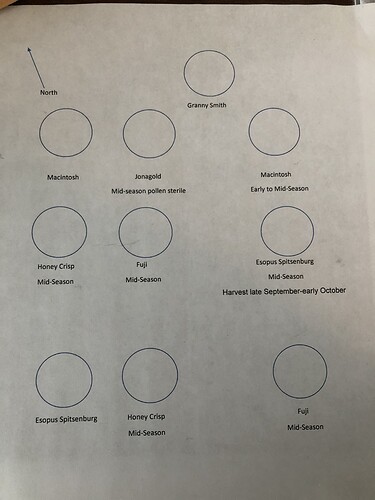 That one is spitzenburgh in the first row, 2 or 3 years old 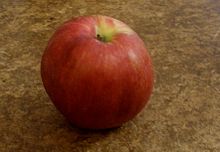 Esopus Spitzenburg or Aesopus Spitzenburgh is a variety of apple. It was discovered early in the 18th century near Esopus, New York and is reputed to have been a favorite apple of Thomas Jefferson, who planted several of the trees at Monticello. In 1922, Ulysses Hedrick described Esopus Spitzenburg (sometimes spelled "Spitzenberg") as "one of the leading American apples ... [A]bout the best to eat out of hand, and very good for all culinary purposes as well." In particular, it is a good apple f...

You should decide on the basics first.

Did the snow go roughly up to where the problems are?

If so Treedoc could be correct that it is sun blight. Apple trees don’t do well with the white snow reflecting on them. Since the tree is so thin it would be hard to see if it is a Southern direction issue.

It could be from growing quickly, if it is spurt growing it is like shedding it’s bark to accommodate. It is the correct age for this to happen.

Treedoc would know better, but disease should show in the leaves?