Anyone know the scene Brandon Lee was killed in The Crow movie?

I’ll know the story of HOW he was killed (blank with shell in chamber) but it seems there are several versions of when he was actually shot.

Growing up I always thought it was the scene where he was on the table taking fire from multiple people because I thought they said they didn’t know who fired the fatal shot. I believe it might have even been on Unsolved Mysteries show.

But others say that the scene when he was killed was completely deleted from the film and it’s never been released? 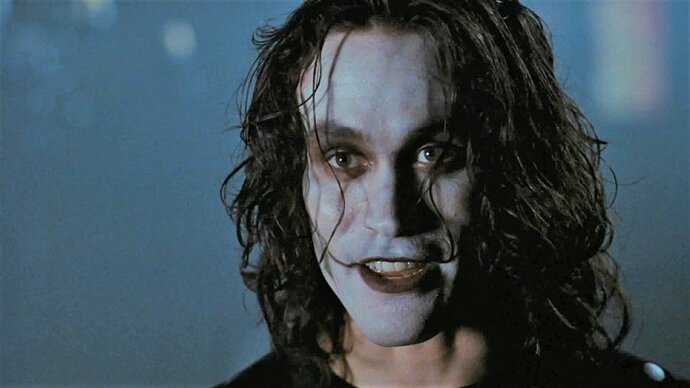 It can’t rain all the time

Of course it’s not in the movie.

It was during the shooting of the scene when he got murdered in his loft. They fired a dummy .44 round ( a cartridge with a bullet no gunpowder) bullet got lodged in the barrel and then broke safety protocols and used the same gun to fire a blank (full gunpowder with a cardboard disk holding the powder in the cartridge). The gunpowder from the blank fired the .44 bullet lodged in the barrel at lethal velocity.

To bad the guy shooting didn’t come from Chicago…

This gif doesn’t show the impact, but it shows the man firing the gun:

A guy who reffed some fights I did was also a stunt director & got me into stunt training. He was on the set when that happened, he tells the story all of the time. It was pretty much what you just said.

Then the scene was scrapped, and they shot another with a body double.

There is no footage relating to his death in the movie.

ho reffed some fights I did was also a stunt director & got me into stunt training. He was on the set when that happened, he tells the story all of the time. It was pretty much what you just said

Are you referring to DaveFu?

What are you supposed to be, a clown or something.

I thought it was the scene with funboy at his apartment. I am just a bear though…

It was and it fucked up the actor who played Fun Boy irl. There are interviews of him out there talking about it. Didn’t know this was the guy or that was the scene.
I feel bad for the bloke. That’s a burden and guilt to bear that I wouldn’t wish on anyone.
He looks xanax’ed up. He’s probably still fucked up from that.

I think he died a couple yrs back

I believe the scene that he was shot in was his last scene.