Alexandria Ocasio-Cortez Said She Is 'Funded By The People,' But Collected Maximum Donation From Billionaire

First-term New York congressional representative Alexandria Ocasio-Cortez spoke at a rally for presidential candidate Bernie Sanders on Saturday, where she blasted political candidates who take donations from billionaires and other wealthy donors, according to a New York Post report.

But Ocasio-Cortez herself, in her upstart 2018 congressional campaign, collected a donation from billionaire former hedge fund manager Tom Steyer, who is now a Democratic candidate for president himself. According to public records posted online by OpenSecrets.org, Steyer gave Ocasio-Cortez $2,700, the maximum amount allowed by campaign finance law for an individual contributor.

Steyer also donated to a wide range of Democratic candidates. In addition to Ocasio-Cortez, one of the most left-wing members of the Democratic congressional caucus, Steyer also gave the maximum donation to candidates on the conservative end of the party's ideological spectrum. This included candidates such as Florida rep Charlie Crist, who was once that state's Republican governor, and Arizona Senator Kyrsten Sinema, according to the OpenSecrets.org postings.

At the Saturday Sanders rally, Ocasio-Cortez responded to critics who have described scrutiny of candidates for the wealth of their donors as "purity tests." Instead, Ocasio-Cortez said, refusing billionaire donations should be called "giving a damn."

Almost all of her donations are from outside her district and she is also awash with corporate contributions.

The retarded, bucktoothed socialist is a hypocrite.

Well I for one am shocked. Shocked I tell you! 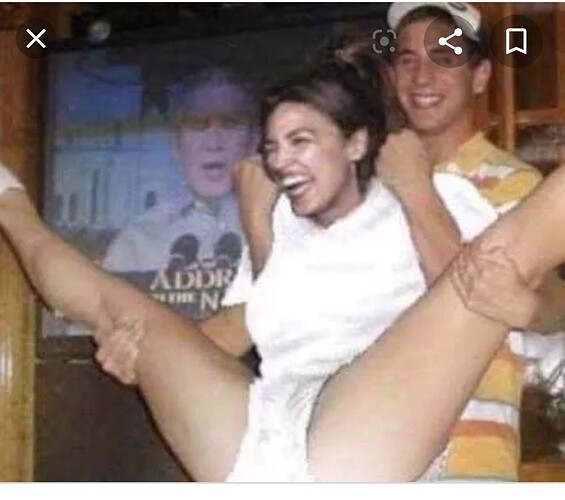 I'm pretty sure Steyer is running on the universal healthcare platform which he seems to indicate will somehow be funded by climate change, while making no mention of illegal immigration.

Open borders and universal healthcare are horizontally opposed, they are mutually exclusive. You cannot have both and remain solvent, something the average progressive cannot understand or has been indoctrinated to believe the opposite of.

Him and AOC are probably sexting each other right now.

On the the big screen?