you would argue that water was wet

The Japanese? Way more trust in them. The South Koreans? Trust them more than the American vehicles by a lot. German vehicles and electronics? Nah fam, I’m good.

That’s kind of a stretch. My Prius was dropping cells in the battery at 6 years old and 150K miles. By the time I traded it off it was 8 years old, had about 200K miles and I’d replaced about 30% of the cards in the battery. It’s not a big deal to repair the battery, but I seriously doubt they’re lasting more than 10 years without losing a LOT of capacity.

Can DEFINITELY argue with you though on that one!

We’re about to strip the continent of Africa of all of its precious metals to build all of our electric goodies to save the planet. Well China is, we’ll just buy everything from them. We’re just offloading one problem for another.

A couple of generations from now humans will be shaking their fist at us like people are doing to the gas and oil companies.

It’s no biggy though…it’s all going to happen in a brown/black country somewhere else in the world so we won’t have to feel bad becasie we just won’t look.

has ford finalized splitting off the cancerous ev division?

No you can’t, they are charged with fossil fuels… 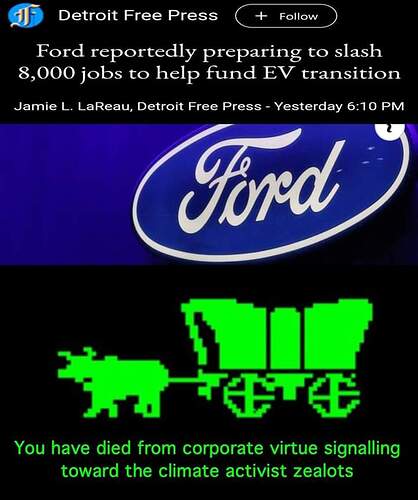 Says you. It’s impossible for 80% of the world to use. California can’t even support it completely how is the lesser developed world going to use it? Everything wrong with new vehicles is electrical. Fuck using a vehicle that’s useless with one battery or electrical component short and it’s junk. I can start, run and get home with so many things broken in my 96’ Toyota. And it can also haul and go through streams and up muddy mountains (real mountains). I’m not against EVs at all, but it’s a pipedream outside of select cities in the most modern of countries. Rich City liberals are the most close minded people and know the least about the world

dont worry about that, we dont know yet but lets not let that stand in the way of progress

these people are clueless 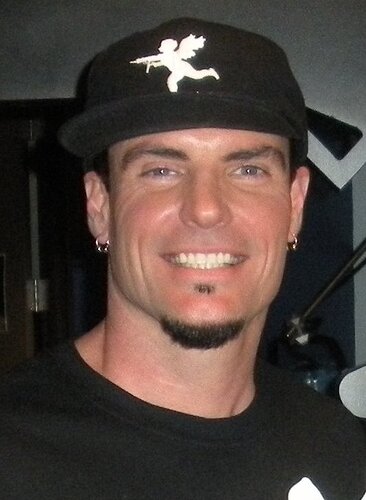 They don’t care that all of those poverty stricken minorities they pander towards won’t be able to afford any of this. This is making personal automobile ownership impossible for people living in cities where people get around in $1,000 beaters to go through life. But leftists don’t care. They don’t care the poor can’t afford this and there is no place to even change them. They aren’t aware how narrow some streets are and you have no way to change it. But the white leftists whom never lived in the non-gentrified part of the city are the most vocal about it.

California can’t even support it

sure we can. What makes you say we can’t?

how is the lesser developed world going to use it?

lol I never said the entire globe must use it. Obviously places like the Congo can’t. Doesn’t mean we shouldn’t when we clearly can

I’m not against EVs at all

electricity is a pipedream outside of select cities? What bumfuck shithole city do you live in?

Charging will be more expensive than the price of gasoline during most years. You can bet on that

less than one percent of people in America live off the grid. Why the hell do you want our policy to cater to them

You’re a very dumb man. Electric grids vary wildly in the world. Stay in your bubble faggot. I live in South America btw. It’s a million times better than where you live.

It’s hilarious you think these charging stations are everywhere haha. Nobody that doesn’t live in city apartments wants one. Yet. There’s a whole big world out there. Don’t see it, nobody wants you around

I live in South America btw.

oh lol. nevermind then, carry on

It’s hilarious you think these charging stations are everywhere haha.

I bet a lot of people that refused to move on from horse and buggy said that too about gas stations when the model T came out LOL.

“These gas stations will never catch on!”

Did you know that the father you have to push electricity (like to remote filling stations) the more power you need to produce to get the same voltage to remote locations?