NASA Images Aren't Always Real, This Is How Space Artists Create Them

Is your favorite picture of space actually a painting? Artist astronomers are behind many of the most famous images of the universe.

"I am a visualization scientist. I basically try to come up with ways of explaining complex science stories through the visuals, and developing artwork and illustrations that actually can help explain the science story to people." For decades, popular culture and shows like Star Trek inspired a generation of scientists by envisioning what space might look like. But wait, what does space actually look like? Heart nebulas, celestial collisions, a bird's eye view of the Milky Way, astronomers are charting the outer reaches of the cosmos and bringing back jaw dropping images from telescopes like Hubble and its infrared cousin, Spitzer. If you look down at the bottom of that Milky Way image, you'll see these two words: artist concept. This sweeping image of the Orion Nebula, actually looks like this. And the Trappist-1 star system, the latest discovery of seven potentially habitable exoplanets that made national headlines is really only a box of grey and white pixels.

You see, space art is part of NASA and it has been since before we went to the moon. You may remember our host Amy explored this in a previous episode.  It inspired us to track down the scientist behind some of NASA's most fascinating images. Most space imagery begin with data - very, very complex data. And transforming these numbers and graphs into an image that captures the public's imagination requires a delicate balance between science and art. And that is where Robert comes in.

As an astronomer and an artist, Robert isn't editing images so much as he's making an artistic hypothesis grounded in facts, so we can visualize what's really happening up there. And for objects we haven't even seen yet, like Trappist-1, the artist rendition is a meticulous process. "Once a result shows up, the first thing I'll do is get a copy of the paper and look over it. I just want to understand what is actually being presented as purely science. Then usually the next step is to contact the scientists involved in the research directly, and discuss with them how we might go about illustrating their results. The first day that I saw the data plot of the light curve from the Trappist 1 Star, my jaw dropped, it was just a force of deeps dips in the light curve, and we knew there was a whole flurry of activity." This data doesn't look like much to the untrained eye, but the depth of the dip reveals the size of the planet. And by studying tiny blips of light as the planets pass the star, otherwise known as the transit method, astronomers can tell that the exoplanets orbit close to its star.

All of this information is critical so Robert can paint the right picture. "You can actually figure out how big the planet is, what its surface temperature would be, because of that proximity.This is a really tight close-in solar system, so that became an exciting angle that we wanted to take into the graphics as well. This is nothing like our own solar system." To tell a big story like Trappist-1, Robert takes the scientific limitations seriously, because the wrong color could be very misleading. "Rendering an exo-planet with a bright green continents, would be crossing a line for us. We don't want to say, hey we found life on this planet and showing green really would communicate that. It's enough to show some evidence of water.

A lot of times, we've made special efforts to make the water not look super appealing, not like this tropical deep blue appearance. You would think that complete accuracy would be the goal when doing astronomical illustrations, but that isn't always the case. The primary goal is communication and understanding." Communicating space discoveries with art has a long and storied history. One of the fathers of modern space art was the famed Chesley Bonestell, a designer and illustrator. In the 1950s, he created an image of Saturn's moon Titan before Neil Armstrong took his first steps on the lunar surface. Carl Sagan once famously said of Chesley, " I didn't know what other worlds looked like until I saw Bonestell's paintings."  His work was so widely acclaimed that his illustrations accompanied articles written by German rocket scientist Wernher von Braun, which ultimately inspired the American space program. Having a visual response to technical triumphs was something NASA latched onto early on. For over 50 years, NASA worked closely with artists and creative leaders, like Walt Disney and Norman Rockwell, to help shape the stories of spaceflight. It's the same legacy today, just with more advanced scientific understanding and better tools to imagine what far off worlds might look like if we could visit them. We want to take a lot of care to make sure that we don't oversell parts of the story that isn't actually part of the story.

There are people who just look and think, oh NASA's photographed a planet and they don't understand that actually that was a piece of art. On the other hand, if we don't do that, and don't put a piece of compelling artwork, then people may never even look at the story anyway. We're putting as much science as we can, of what we know today, and I like to think that in 50 years when people come back and look at the various pictures of exoplanets after maybe we actually finally know what they look like, they might wink and smile to each other, oh that's so funny, they thought there was water on that one -- But also appreciate this is a historical record of how our understanding of these planets has changed over time. Turns out, 50 years later was an overestimate. So much of what we thought we knew about Trappist-1 just changed. Which means Robert had to get back to the drawing board and quickly re-do the artwork for these exoplanets. Robert described the changes during a Facebook live event, and for him, density was a game changer.

"For astronomers we literally know of thousands of exoplanets but these are the only seven that we have the precise measurements of the mass, and from that the density. And density for astronomers is incredibly important because that's the first step to deciding what they're actually made of." Knowing the densities changed our understanding of what the Trappist-1 planets looked like.

For instance, back in 2017, scientists thought planet d was rocky. But turns out, it has the lowest density of the seven, and it's actually a water world. And for planet e, Robert and his team thought it was a watery planet, but it's actually super rocky and has the same density as Earth! Meaning, Planet e is the most earth-like planet we know yet. We're a long way away from sending a spacecraft to Trappist-1, without warp drive of course. So for now, the artwork will continue to stand as our best guess.

But I’ve wondered this for a long time. So the pics aren’t exactly as it looks, it’s an artists best guess based on data. Every human is going to insert their own creativity into something.

Obviously some pictures can’t be real.

1. We haven’t had a camera in space to take up close pictures of any planets until very recently

2. Any picture that observes the entire galaxy or universe can’t be real because we are inside it.

3. Some real pictures have colour added to represent what we might see if conditions were the same in space as on earth.

Most of the colors are added based on the chemical element make up. Iron will be reddish, Silicon will be grey, chlorine will be yellow, etc etc.

many images with repeating copy and paste cloud formations....lotta CGI

would like to see the originals without touch up or CGI 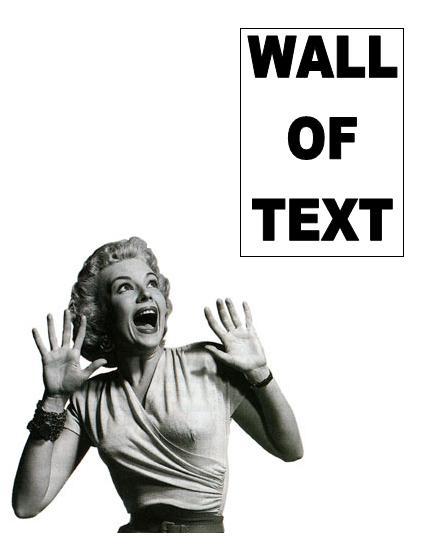 The other thing to consider is that if you actually 'went there' you would never see these formations.

There is nowhere you can 'park' in space in a ship and see, for example the horsehead nebula. When you get closer they are so spread out they are not visible and many not visible to the naked eye anyway.

They had interviewed him after the comp and supposedly he felt he had sharted and didn’t want to risk shit coming down his legs , so he did that weird dance until he got off stage

You mean the dick pics that NASA has been sending me ain't real??