Are these Karens? I'm torn

Growing up we rode 80s and quads in the neighborhood (much more rural). With my kids it was those little 50cc street bikes. Subdivision, but not as crowded as it is now. Now days it’s E-bikes, same shit different day and kids are kids, but people are freaking the fuck out. EVERY DAY it’s some mom posting the same thing. 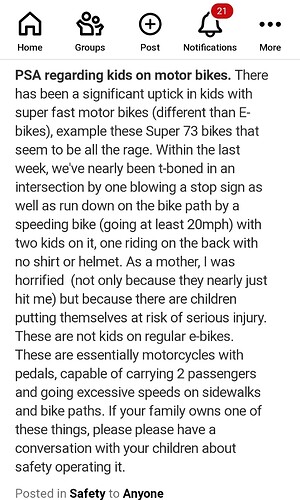 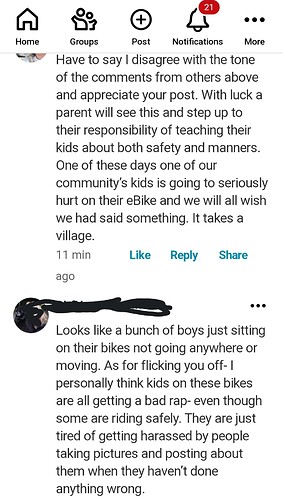 Fuck no. Not a Karen. I work in these city areas where they go flying down the street on 4 wheelers, dirt bikes. They are loud, dangerous(especially at those speeds), they are all uninsured so if an accident happened…wtf not to mention all illegal… So no. They are not Karen’s.

You should change your screenname to Karen76.

Right? Leave it at that. We were fucking idiots growing up and most of us survived. Nobody needed to make announcements EVERY DAY and wanna call community meetings and stuff.

It’s non stop Karen drama. Usually it’s about dogs or the suspicious FedEx guys, but this summer it’s been E-bikes all day every day.

Yes they are Karens. Bikes and quads and three wheelers are awesome and anyone who doesnt like them are most likely Democrats, fags, or both.

Yes they are Karens. Bikes and quads and three wheelers are awesome and anyone who doesnt like them are most likely Democrats, fags, or both.

This is my take on it for the most part, plus these aren’t even motorized, they’re little battery powered bikes. But then I’m old now and if some little shit cut me off at the intersection I’d shake my fist at him out the window and yell. Am I a Karen?

No, you’re just aging properly. Any self respecting man gets grumpy at whippersnappers as he ages lol

I love how she tries to pretend she cares about their safety (helmets). MYOB Karen. Everybody needs to MTOB.

I hate helmets so bad! Helmets are for girls.

I hate helmets so bad! Helmets are for girls.

Me too. They’re like face masks though, if the rules say I have to in an area then I do. Otherwise not.

Sen we are kindred spirits. Hope you have a great travel man! How long you gonna be on the road? Plans or just winging it?

I hope I get to do that with my son someday. Just hit the road and see america. I’ve never liked traveling much. But I really enjoyed the Florida trip and it makes me wanna travel more.

I’d like to load up the boy and the pup and just go.

I’d like to load up the boy and the pup and just go.

Do it! Florida is on my short list as well. I want to road trip there, but depending on circumstances I may have to fly. Wouldn’t want to cousin Eddie my daughter for the first meeting the dude thing.

I’d like to take a couple weeks and just hit state parks. Camp along the way. Head southwest and see Grand Canyon and desert and such.