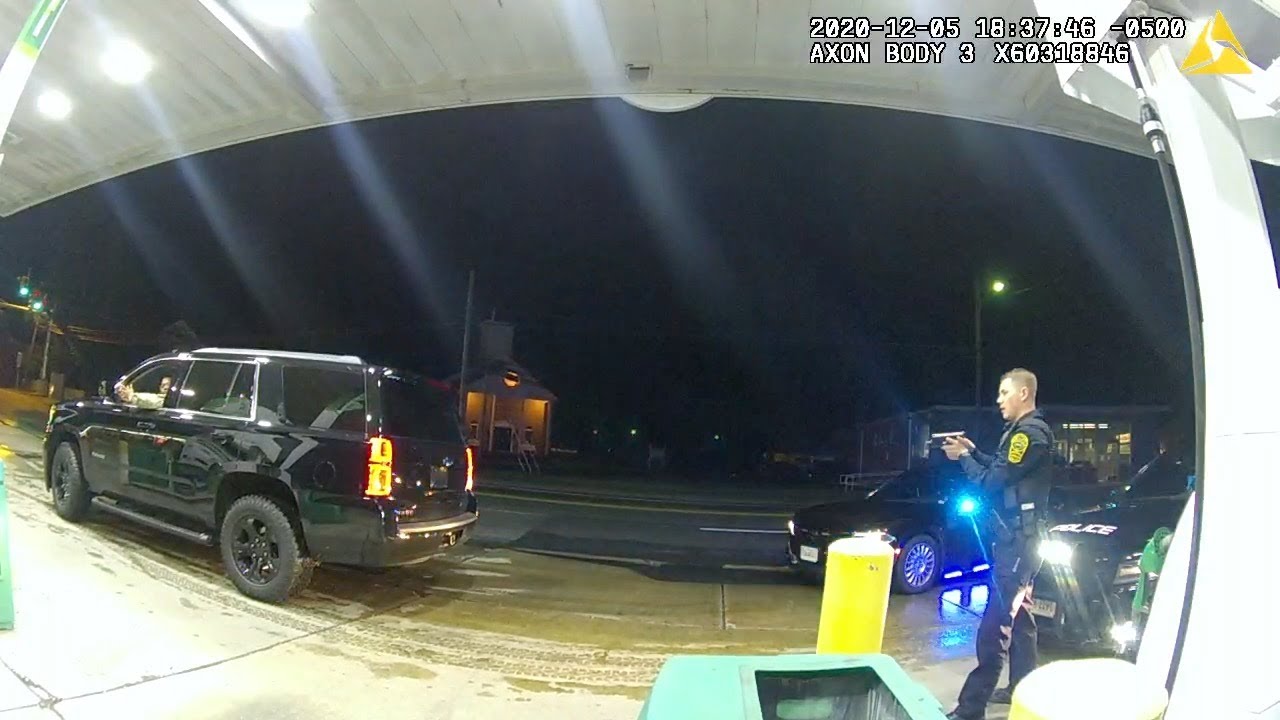 What was the guy saying that led to the pepper spray?

Virginia cops SUCK! If you run into a good one, don’t brag about it or he’ll be turned into a raging asshole. People are under this misguided notion that southeast Virginia is this big city and instead you have a bunch of shit kicking good ol’ boy towns that have developed right next to each other.

What’s the context? You can’t judge either party with zero backstory.

Looks like an Army guy going home from work or to work at the buttcrack of dawn. The have a joint command out that way. That town is on the back way to Richmond. Probably had out of state tags and was speeding in a new black SUV in Mayberry VA, illegal window tint (VA are tint nazis). Everyone speeds in Virginia and every town loves collecting speeding ticket money.

Impossible to know any context. However, as a professional, the lieutenant should know that they don’t know who he is and can’t just take his word that he, “Didn’t do anything”.

Any time I’ve been asked to get out of the car I’ve never known why. I just got out and then found out. How GODDAMNED SIMPLE is that?

And I have been mistaken for violent felony suspects before (multiple times), but simply followed basic commands. And guess what? I’ve never been shot, pepper sprayed, tazed, or even roughed up. And once when things were sorted out I went on my merry way. Funny how that works.

But now everyone is a special snowflake, a victim, and drama queen.

I err 99% of the time with law enforcement. This is the 1%, they better have their ducks in a row because Mayberry does not have deep pockets. Southeast VA is SHADY AF. I lived there 19 years too many.

I taught pepper spray for years, most policies prohibit it’s use if the offender has access to a vehicle and may try to drive away.

It’s a great place if you’ve never been anywhere else.

I don’t know man… As a veteran I really hate when people try to play the veteran card to get out of a ticket or whatever.

As a citizen, I wouldn’t have wanted to get out of my car either if I was being pulled over for a moving violation and two cops had their guns pulled. He was clearly not a threat with his hands out the window, so I feel like the police had an opportunity to deescalate and they didn’t.

But he very clearly was not complying.

I’m a vet and that cop is a piece of shit.

there is a lot more to this story, cops by policy are not doing felony car stops for no reason. At least there is body cam footage so they can be held accountable if they are.

dude, just get out of the car. That said, the pepper spray was bullshit.

Just out of curiosity, does anyone know what happens to the dog in a situation like this? Like, the guy is getting arrested, but he had a dog in the car that thanks to the pepper spray is now in need of medical attention.

Terminal Lance getting his payback on a junior officer in the next life.

Just out of curiosity, does anyone know what happens to the dog in a situation like this? Like, the guy is getting arrested, but he had a dog in the car that thanks to the pepper spray is now in need of medical attention.

Article linked to the video says the cops opened the windows and tailgate of the vehicle so the dog would get fresh air.