'Artistic' Swimmer Passes Out in Pool at Event 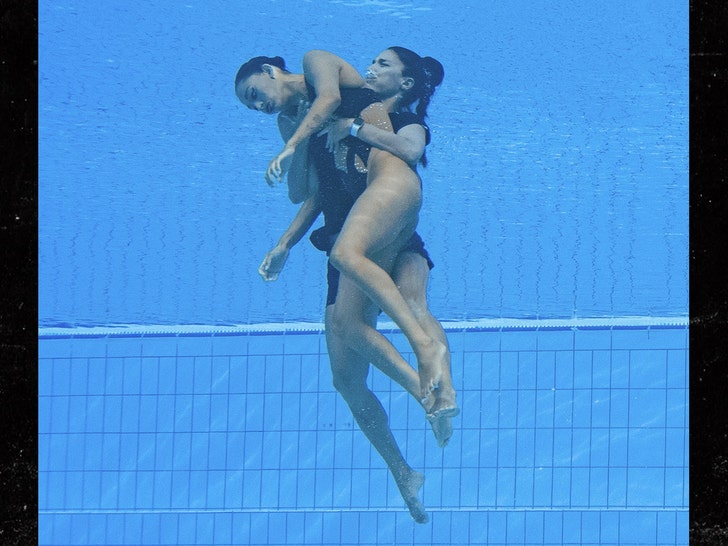 An artistic swimmer nearly lost her life after passing out in the pool following an intense routine at a major event Wednesday … but, thankfully, her coach quickly dove into the water and rescued her.

The terrifying scene went down at the FINA World Aquatic Championships in Budapest, Hungary … when American Anita Alvarez had just wrapped up a performance in the women’s solo free event and suddenly fainted.

The photos from the pool are horrifying … they show a lifeless Alvarez sinking to the bottom, clearly in danger of drowning. 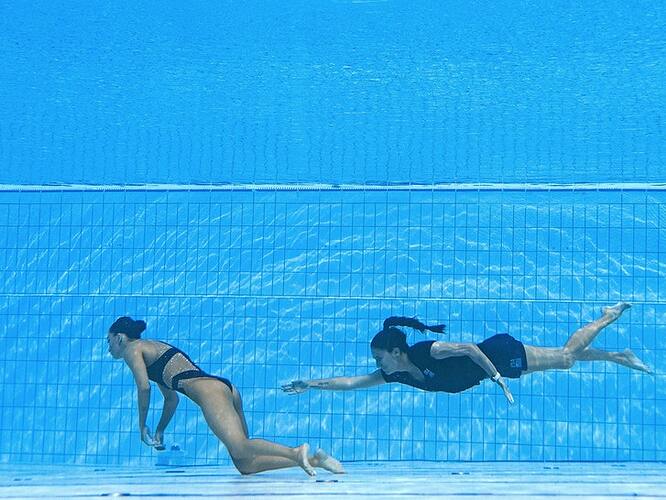 Fortunately, her coach, Andrea Fuentes, immediately knew something was wrong … and jumped in to save her.

Fuentes grabbed Alvarez, pulled her to the top … and, according to U.S. Artistic Swimming officials, the 25-year-old swimmer is now expected to be OK despite the grim images. 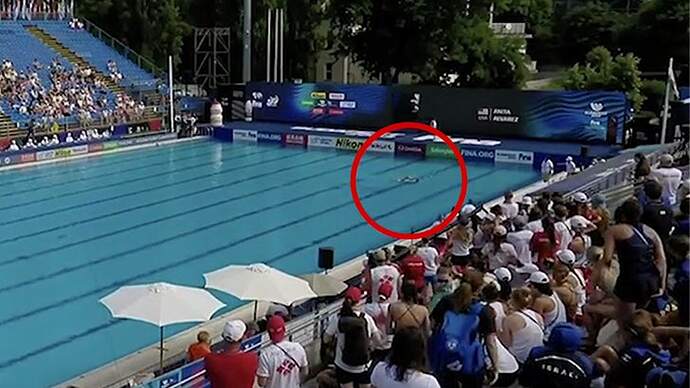 PULLED FROM THE WATER

“Anita has been evaluated by medical staff and will continue to be monitored,” the team said in a statement Thursday morning. “She is already feeling much better and using today to rest.”

Fuentes, meanwhile, spoke about her heroic efforts to BBC on Thursday morning … saying she had to rub Alvarez’s face to get her to release the water she had taken into her lungs after collapsing in the pool.

They added they’re “immensely thankful” to Fuentes for her “genuine love and urgency” in the horrifying moment at the pool. 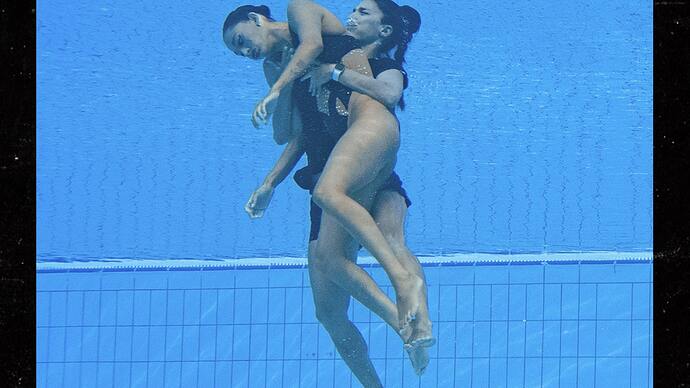 American swimmer Anita Alvarez was heroically saved by her coach after she passed out in the pool following an intense routine at a major event Wednesday.

What would Bill Cosby Do? 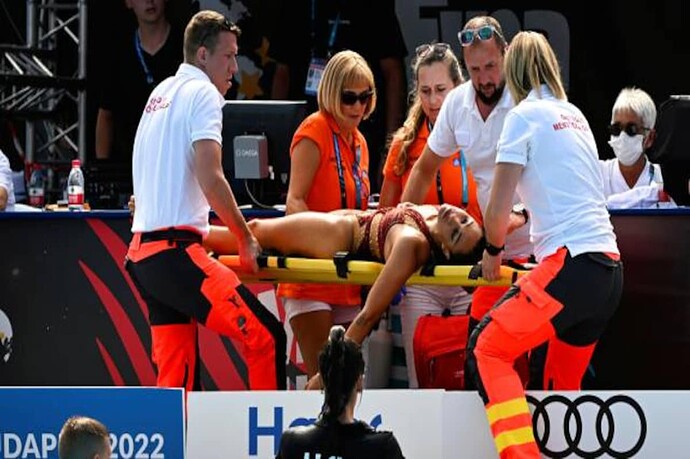 I shouldn’t laugh, but I laughed.

You son of a bitch! I want that mouthful of coffee back!

did she have a seizure? also i’m curious about the rub the face, clear the lungs method.

WTF is an ‘artistic’ swimmer?

BUDAPEST, Hungary – Andrea Fuentes prevented a tragedy at the swimming world championship with her quick reaction.

The United States coach knew something was wrong when she saw artistic swimmer Anita Alvarez sink motionless to the bottom of the pool during a solo free routine Wednesday.

Fuentes dived in, fully clothed. She swam to the unresponsive Alvarez, put her arms around her and lifted her to the water’s surface, where another person helped get her out of the pool.

Alvarez, a two-time Olympian, had fainted.

“It was her best performance ever, she just pushed through her limits and she found them,” Fuentes joked.

Alvarez, who was immediately given medical attention, was feeling much better Thursday.

“Anita has been evaluated by medical staff and will continue to be monitored. She is feeling much better and using today to rest,” USA Artistic Swimming told The Associated Press in a statement. 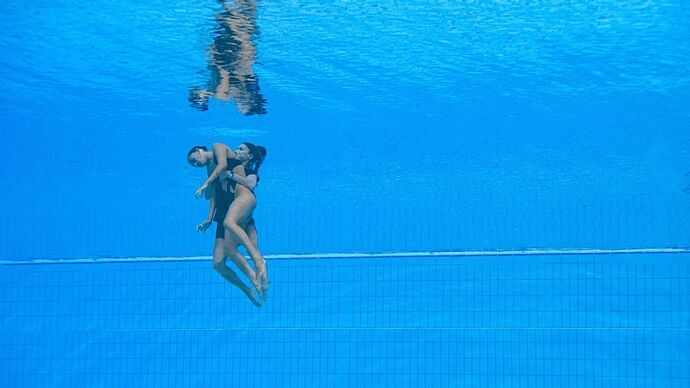 American artistic swimmer Anita Alvarez was in danger of drowning after losing consciousness in the pool at the world championship in Budapest on Wednesday before being rescued by her coach, Andrea Fuentes.

did her teammate give her mouth to mouth? is there footage?

They needed the lifeguard from the Zip Line fool

She gave her ass 2 mouth.

people watch golf…so I guess anything is possible

How do you spectate from the stands when all the “action” happens under water?