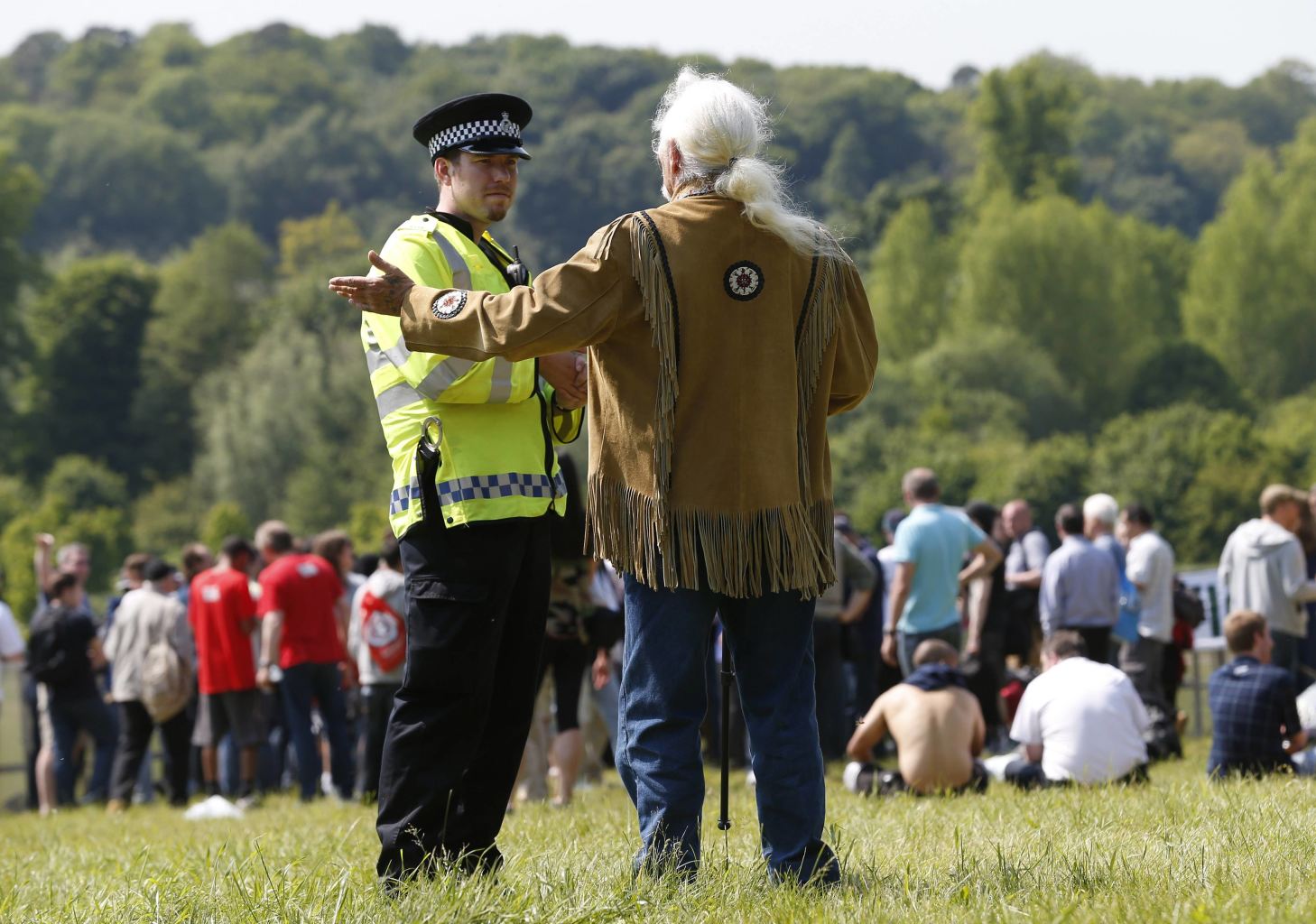 Cop talking to protestor near the meeting.

Remember when people were called nutjobs when they mentioned the Bilderberg group?

LONDON (AP) — It's a busy weekend at the luxury Grove Hotel, favored haunt of British soccer players and their glitz-loving spouses.

More than 100 of the world's most powerful people are at the former manor house near London for a secretive annual gathering that has attained legendary status in the eyes of anti-capitalist protesters and conspiracy theorists.