we all know nintendo is coming out with WII 2 in the next year but im curious...how many of you that own a Wii are going to buy a WII 2??im not going to..they are really going to have to do things differently, more big name games, make online better etc etc...im not falling for the gimmick again...

I'd have to see the system and games first, but I've had every system since the N64 so the chances are good.

Depends on the price at launch.

I buy Nintendo systems to play their own internally developed games. The low price has always made this an easy choice, but if they go for a high price point I will have to pass.

Nintendo needs to give up their foolish dream of ever having lots of third party support. That only happened in the past because they were the only game in town with the NES, third parties had no choice but to bow to Nintendo control.

SNES vs Genesis saw most also make games for Genesis, and then of course after that third parties largely said fuck you to Nintendo and only made games their platforms as an after port to get more cash.

Nintendo has done the best, with NES, and Wii and DS, when they go for themselves. Trying to court third parties, with N64 and Gamecube, led to their worst selling systems.

- Controller has a 6.2" touchscreen on it [Kotaku]

- Optical Disc is Blu-ray based [Blu-ray.com]

- IR sensors in the controller

- Trackpad on back of controller [Juegos DB]

Yup I'd buy it for Zelda alone

Gotta wait and see what its all about. Next box is coming soon after and will likely blow it away. I do love Nintendo and their first party games, curious to see what they unvail at E3

I'm just happy for a new gen to start, even if it's not a big leap. I think Nintendo is gonna go for the throat and finish Sony off. They will be the perfect counterpart for MS. I hope they go for a less serious, but still quality and fun experience. The wii was less serious and fun, just not quality. MS can be have the serious hardcore system. No point in having 2 systems going after the same audience like Sony and MS have been doing.

Will I fuck. My wii has sat for years gathering dust.

I'll know when they release skyward sword. If it is made with a classic controller option, i will love Nintendo long enough to drag me into buying their next console.

I have the Wii but barely play it because of the Kinect.

Yup I always buy just to play zelda and mario games including mario kart! But really I only play games on PC so once I beat those games the system just sits around to newer onces come out. If they come out!

^^i dont even play Zelda games anymore...i will say the Mario galaxy games are fun though..Mario Kart Wii was ok and the Mario Party 8 game was disappointing..

Nope. The Wii was fun, but didn't have a lot of replay value. I am guessing the graphics of the follow up will be maybe as good as the PS3 (which I already have) or possibly even slightly better. But not nearly enough to make me care enough to buy it. I will probably also skip the PS4 and xbox 720 (or whatever they call them). I don't need every generation of console.

preston1287 -  Nintendo will always be considered " the family gaming console " IMO. They need to get some better titles in there line up, like some good ole first person shooter games.....

Yea, like that call of duty series everyones talking about. Lol. 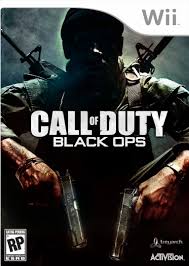 modded wiis are great, little media player basically and mario for the mrs

They have only shown tech demos, I wont decide to buy a WiiU until there is a game I really want.

Ill be playing Battlefield 3 until then though! That game will be sick.

My Wii just collects dust atm. Although my 11 year old nephew is in town right now so it's getting some use. The wife and nephew are killing it in some Donkey Kong.