As an external observer, the American left is at best a joke and at worst a cancer

What are your thoughts on not arresting people?

Because as I see it, if it’s illegal to “camp” on the sidewalk and parks, you have to arrest people who do it or you wind up with exactly what we have now. After arrest, you find out who’s just a criminal, who needs a drug program, and who needs to be institutionalized.

If you watch, “One Flew Over the Cuckoo’s Nest” and then imagine opening the doors and setting all those patients loose into the streets, that’s is EXACTLY what is going on outside right now. And somehow we think THAT is the humane thing to do. Having lunatics fend for themselves out on the streets where the only means of survival is violence and breaking the law continually all day every day is NOT humane.

Sorry. Misinterpreted your statement. Thought you were implying putting them in jail. But you have to arrest I guess before you can triage.

There is a lot I don’t agree with you on but this is one thing that is undeniable. Mental health facilities are basically non existent now and to me that is what is causing this mess. These people need somewhere to go, even if against their will, and if we’re not going to jail them(which in most cases shouldn’t) they belong in facilities for mental health. It’s obvious 75% of these people can no longer function in society.

Hopefully the state just passing a camping ban through the legislature will force their hand. Austin gave them 30 days before they could be ticketed and another 30 before they could start arresting them/forcing them to leave. Shit is going to get ugly if they don’t follow through. While there are a ton of retards here, there are plenty that are absolutely fed up with it.

These large and ever growing encampments are literally apocalyptic anarchy, replete with the vast majority suffering from extreme mental illness, self-medicating with hard drugs and alcohol.

If the politicians continue to kick the can down the road, these encampments will continue to grow and encroach on regular society until people start to break, and you will start seeing mass vigilantism and violence. All the forced hands and all the blood will be the fault of our WEAK ASS politicians, who should be dragged into the streets soon.

Politicians absolutely have a price to pay, as well as the media. Should be open season on all. I think it is all fair game at this point.

Shit is going to get ugly if they don’t start enforcing the ban when it comes time.

Austin has been dead to most Texans for a long time.

They don’t get prosecuted if they don’t have money because our DA Jose Garza is a fucking commie piece of shit. I hate these clueless fucks that don’t care about the city. 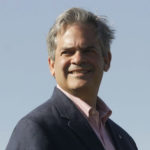 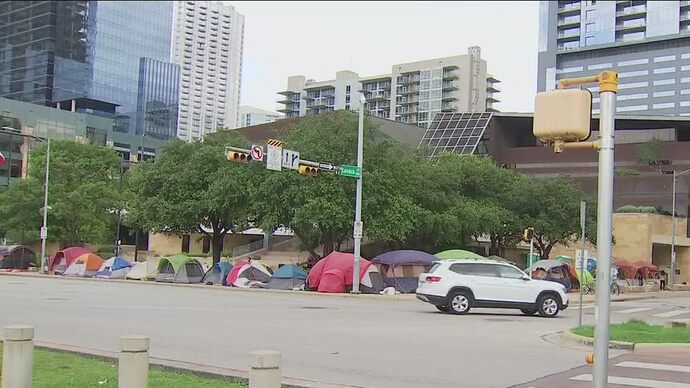 City Hall campers set up their own armed security guards

A group of campers has set up tents at Austin City Hall and now has formed their own security team.

We don’t have enough cops to enforce anything here. The last time they “cleaned up” the homeless just moved across the road and then moved right back after the “clean up” ended.

These fucks need to be locked up and executed for all I care.

These fucks need to be locked up and executed for all I care.

They should drive by water cannon them every night until they get the clue.

I’m with you. Luckily I’m insulated from it a bit as I’m out west. If I lived in the city I’d be ready to resort to violence.

Cities are blue and rural areas are red in every state. The rural area I lived in in Northern California had more conservatives than Florida

The DA seems to be only truly interested in prosecuting cops.

He’s part of the Soros money that has gotten a number of far right activists elected as DAs in cities such as Philly, St. Louis, LA, etc.