coming to a bank near you

What conspiracy theorists were talking about not so long ago has begun to materialize - you are simply disconnected from the world in one click.

Australian political activist Jamie Mcintyre reported that his personal and business accounts were closed by the local NAB bank without explanation, and Westpac did the same earlier.

Mcintyre has actively opposed anti-Covid restrictions in Australia, and now criticizes the local government for its foreign policy, including on Ukraine.

According to him, a number of activists like him have simply had their bank accounts in Australia closed.

A similar practice has been used in Canada, where the Freedom Convoy participants were subjected to bank repression.

Thats fucked if true.
Im Australian. I dont really know the guy. I heard the missus mention him.
The government here are fucking scum.
They’re all marching along to the globalist agenad.
Fuck Ukraine and fuck biden. This shits all planned out.

Everyone in Australia will be trans by 2030

But you’re still afraid to speak out too loudly aren’t you? So they’ve accomplished their intentions…

Do you mean the get-rich-quick seminar ‘education’ guy?

Australia has scumbag “leadership.” They did EVERYTHING wrong when it came to C19 pandemic. It was unnecessary and cruel. Fuck the aussie politicians up their asses!!

and now criticizes the local government for its foreign policy, including on Ukraine.

I’ve brought this up a few times now, including starting a thread that got no traction, but the world govts seizing property of these Russian oligarchs should scare TF out of people.
.
I know, I know - fuck the oligarchs. But it’s normalizing and setting the precedent of quite literally any country’s govt seizing your property with no just cause or recourse aside from speculation, rumor, or just because they want to.
.
You remember just a few years ago when big tech started deplatformming Alex Jones left & right and everyone was like “good - fuck that guy!” and some of us were screaming about the precedent it set? Now everyone & their brother gets shadow-banned, banhammered, “fact checked”, & more on social media.
.
Oligarchs are the new Alex Jones.
.
People are like “good - fuck those guys!”, but the precedent is being set & you can bet your ass the world’s govts will be using it on all the “little people” in no time.
.
We’re already seeing it. 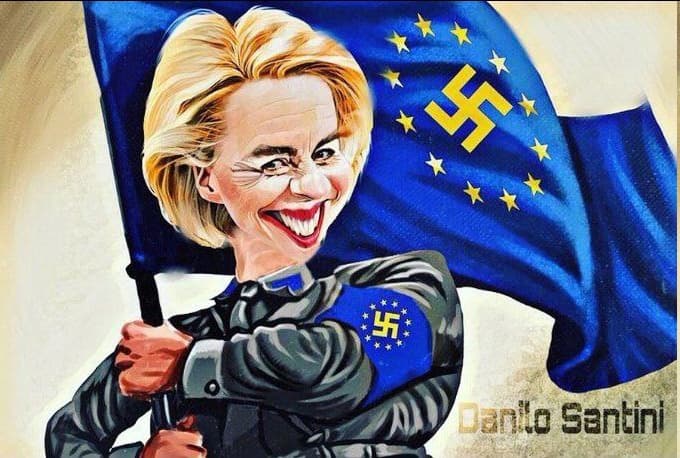 If Canada embraces this shit on a wider level, im moving to Florida and becoming an American citizen.

Who got time fo dis. Australians care about 3 things.

Lol bubs if you’re in NS we’re both teaming up driving to Maine I’ll fucking break right through the border to get outta this middle eatern melting pot of a country.

I think it’s just the tip so far.

Why is it “according to him”? Shouldn’t this be extremely easy to prove? And why wouldn’t he do that?

It seems like 99% of all articles is just rumors with no research. I mean we don’t even have a link to the article either. Just rumors all around. I no longer just believe shit that is printed on its own. Social media, MSM, forums. My first thought unfortunately nowadays is “this is most likely bullshit”. And if I’m not given the information that they base their “facts” on, I immediately blow it off.

Not saying it’s not true. But it’s time to start demanding some sort of real proof or information that backs up claims. Politicians posting pictures or activist saying things have happened burn us far too often. I’ll sit here on the fence about this guys claim for now.

If true. Time for heads to roll. If not. Time for one large fuck up (on purpose) to end your time as any kind of leader or source of information. We don’t put up with this in our personal lives. Why do we do it with our society.

They closed the accounts with money still in them? Don’t they at least have to give the money back?

What conspiracy theorists were talking about not so long ago has begun to materialize - you are simply disconnected from the world in one click.

This paragraph does not come up on Google or DuckDuckGo. Only this thread. Weird.

“Jamie Mcintyre Australia Bank Accounts” gets nothing on Google. But duckduckgo found an AustralianNationalReview referencing this LondonTimes article. 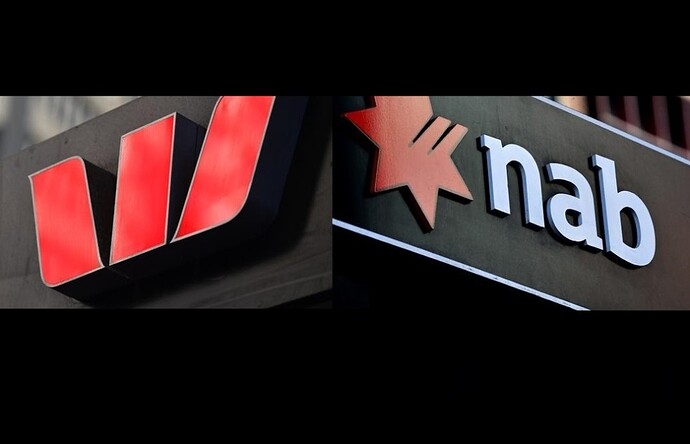 Australian Banks Involved in Closing Accounts of those Highlighting the...

A crypto industry analyst said that people should no longer trust banks and should seriously consider getting as much cash out of banks as possible. And to get as much crypto as well, as there is a massive fiat currency crash coming from the endless printing of money.”

“ 2 major Australian banks, namely Westpac and National Australia Bank, have been allegedly caught out closing bank accounts and pulling loans of those speaking out about the Covid fraud and cover-up of the massive vaccine death and injury.

London Times has sighted documents of both banks customers, (that have been outspoken on social media about the massive number of Covid vaccine death and injuries and the obvious fraud behind Covid that no longer can be denied), being given just a matter of weeks or months notice that their accounts and even loans are being closed out. The banks have refused to provide a reason why claiming they don’t have to.

The Westpac Bank, has been recently caught out also co ercing, and pushing it’s employees to partake in a rushed-to market, unproven, unnecessary, ineffective, dangerous, and deadly Global Medical Experiment and provided no accurate information on the dangers of participating or payment or compensation.”

“ The level the Globalists and Government and now large banks are going to, in regards to the censoring of free speech, especially those highlighting a large number of death and injury of people that have been bullied into participating in the deadly Global Medical Experiment, is astounding said an advocate for human rights, “and they should be reminded of the Nuremberg trials.”

-And LondonTimes cites AustralianNationalReview. So they both cite each other on Covid stuff? And it’s pretty biased. I need more than this personally. 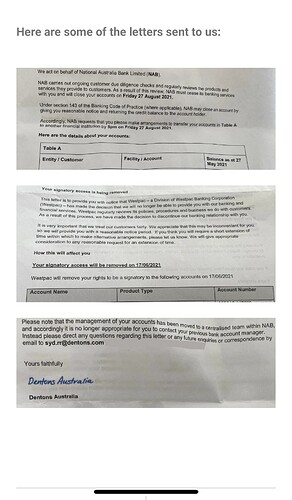 These are the documents they are going off of.