I don't think there's anything that's not racist to the left. 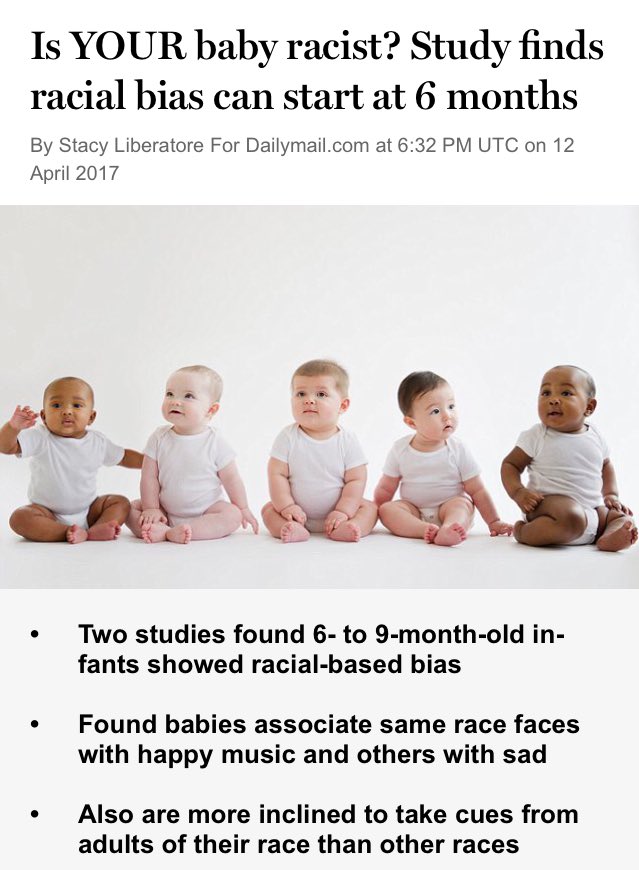 "bias" does not mean racist.

So babies are more inclined to gravitate to adults that look like them?

Mit - So babies are more inclined to gravitate to adults that look like them?

"bias" does not mean racist.

There are worst things than racists.

dumb. has more do to with instinctual reaction to sameness as safe.

I remember being a baby and preferring my mom and dad, who are both the same race as me. What a racist I was! 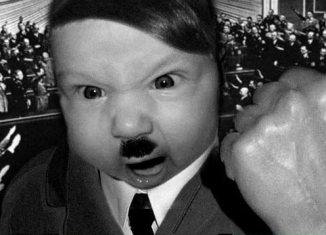 Tiresias - The thing is, racism is a 100% natural instinct, and is universal except in our very weird and particular western culture of the last fifty years.

What we should do with that fact is to just stop pretending that it is a holy sin, and be realistic about it. That way, we can manage it in healthy ways by acknowledging differences and developing real respect between groups, rather than fake and fragile liberal fantasies of harmony.

To some extent. But when it comes to discriminating against people over opportunity, ie. jobs, housing, societal advancement it's reprehensible.

Well, most white babies are skinheads so it makes sense

Woooah, babies are more inclined to take cues from people that look like their parents, essentially the only people they know?

Absolutely amazing and unexpected results.  My mind has been blown.

Mit - So babies are more inclined to gravitate to adults that look like them?

side note...what is the opposite of "Racist"?

bc my 6 yr old kid is like a married white woman with blonde hair and blue eyes.....he loves BLACK guys....not in the sexual way though

let's say he's watching a cooking competition on TV with my wife.....if there is a black guy/kid contestant he instantly screams "I want THAT guy to win!"

one cooking competetion had no black contestants, but there was a black judge.....my son pointed at him and said "i want THAT guy to win, even though he isn't playing"

when he watches UFC, he always roots for the black guy (if he doesnt know the fighters....he's a Conor fanboy)

Have they done studies on pet dogs yet?  I think my parent's dog might be Aryan Nation...

Its almost like "racism" is a natural evolutionary instinct

Have they done studies on pet dogs yet?  I think my parent's dog might be Aryan Nation...

Yes iirc it was dramatized in the movie "White Dog"