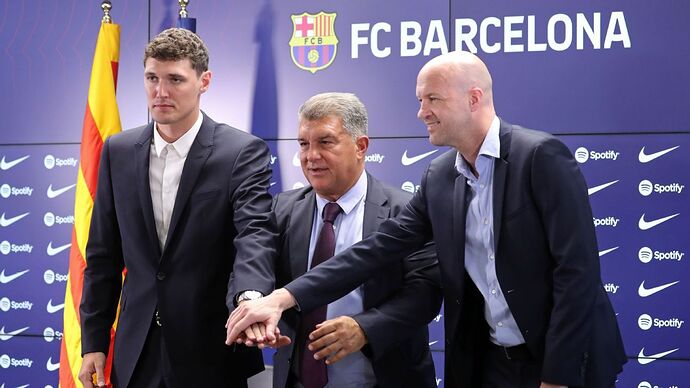 How are Barcelona signing players? Explaining their financial issues

Barcelona are €1.3 billion in debt, but are still talking about signing major stars like Robert Lewandowski while unveiling new players. How?

surprised such a popular club could be in so much debt.

surprised such a popular club could be in so much debt.

Especially with all their success in the past couple of decades.

IMHO if Football wasn’t so corrupt, Clubs would not be allowed to fall into such high levels of debt and still participate.

It’s unbelievable that a club like Manchester United was brought and immediately put into hundreds of millions in debt. Yet they could still participate and buy expensive players and pay huge wages

Where does all this money really go to I wonder? 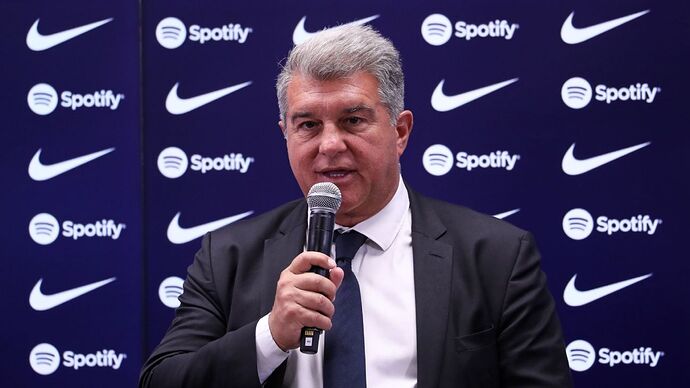 What happens if they sign a player but don’t have the money to register him?

Those Players could train with the Team but wouln’t be eligible to play any Games.
So Barca has to get new money and probably sell Players to officially register Lewandowski, etc .

I had a season ticket for Barça FC in 2019 that I shared with my brother-in-law and his brother. I think they were still doing well at the time (I’m not a big fan of football), but they have taken a real fall from grace since then.

I’ve been to the nou camp or camp nou or whatever a couple of times. It’s one of the strangest atmospheres I’ve experienced, just predominantly tourists from what I could tell with actual fans sprinkled in but you couldn’t always see the pitch because people would be stood up taking selfies

I’ve been to the nou camp or camp nou or whatever a couple of times.

It’s called Spotify Camp Nou now…lol. I think the atmosphere depends on which game you go to and also where you’re sitting - up at the top it’s probably mostly tourists. I had a seat on the second tier and it was full of locals and other season ticket holders. The stadium actually pays for a section of fans down by one of the goals to chant and cheer to get a bit more ambience in the stadium as it’s known for being a bit dull.

I don’t get how Barcelona simply cannot pay Frenkie de Jong. He signed a contract…

Well, during the Pandemic most Players agreed to a paycut or to get the money later. They owe Pique around 50m €.
They now try to sell de Jong and also want him to waive the owed Money.
But they can’t legally force him.

They’ve treated De Jong like complete shit. Say they can’t afford to pay him but spend £150m on new players

yeah how can they legally refrain from paying him his contractually owed money while spending on others?

They can’t. They just try to bully him to agree to a trade or to give up a lot of
his Money . If this goes to court they shouldn’t have a Chance.
I think it’s similar to Bale/Real Madrid. He didn’t want to leave and stayed on the Bench until his Contract was finished.