I’ve read very very few comics past the early 90’s crash, but I remember everyone raving about how great they were around the time the first X-Men movie dropped up until a few years ago when they started going gay.

Yeah. It shows the level of stupidity and immaturity of the writers.

X-Men have always been a metaphor for the civil rights movement - but of note, Storm was the only black one for a while. The first five from the 60’s were white, of course. Adding Storm and the other new ones, Thunderbird was Native American, Banshee was Irish, Nightcrawler was German, Colossus was German, Sunfire was Japanese, and Wolverine was Canadian. A very broad group, to be sure. That’s a smart way to do it. Lots of different folks all supporting the same cause, even if they weren’t necessarily the target themselves.

But when 2007-2010 hit and X-Men became a metaphor for the gay movement (complete with several diseases all supposed to mimic AIDS), they went ahead and made a shitload of straight characters gay or bi to support it. That was dumb as shit. It didn’t add a ton of gay readers, and all the older readers who were used to Iceman, Beast, Wolverine, etc. all being straight got pissed, and rightly so.

Dude, dont tell me they made OG wolverine gay.

LOL, fuck me, I know that, I was typing while ordering ice cream, godammit. I got the line for Kurt and Peter mixed up.

Pyotr Rasputin is not exactly a Germanic name, obviously

My take. Maybe I’m completely off but;

Almost all the image titles in the early/mid 90s were bad. Real bad. But I think they paved the way for a real golden age of comics. Image was all about the artists, but somehow in there the writers carved some space for themselves and we had a great era of writer driven comics writing their own stories with their own characters. Preacher, Y the Last Man, a bunch of Alan Moore stuff etc.

Marvel and DC picked up on this and started to give their talent way more reign. Writers could finally write their own stories in small 6-10 issue isolated stories without having to worry about the bigger picture or try to work around the continuity of a bunch of different ongoing storylines. -Look at how many great Batman stories were written during that time period.

It all became a big cycle around 2008. They couldn’t help themselves and devolved back into the era of massive multi book storylines and writers having to advance large storylines. The quality suffered big time.

Not all of us can fit in so easily, you don’t shed on the furniture

When Hank met Charles he was a scientist and closeted Mutant until he is accidentally outed by Xavier. After the Hellfire club (a cult of evil mutants bent on world domination) were defeated Hank joined Charles’s X-men. Later in 1965, when Xavier’s School for Gifted Youngsters opened, Dr. Hank McCoy took up a teaching position. During that year, however, America assumed a direct military role in the Vietnam War. As the war escalated throughout the mid-late 1960s, many students and staff at the school were drafted into the military, and ultimately, the school was unable to function. By the early 1970s, Xavier’s school was defunct, and Xavier reverted his mansion to a private residence. McCoy resided at the mansion, helping Xavier tend to the affairs of his estate. During this time, McCoy developed a serum that not only regulated his mutation but enabled Xavier to walk again. Years later but before the development of the Mutant Cure, Hank had stopped taking the serum repressing his mutation and began working in a government position as the Secretary of Mutant Affairs.

I probably shouldn’t be asking this sort of thing, but in the future, do I make it?

First Class happened and Wolverine came with his time travel shenanigans. Hank continued using his serum to maintain human form since the events of 1973. He became a teacher at Xavier’s School for Gifted Youngsters when it reopened In 1983 and eventually became its headmaster after Charles retired.

Ps: All X-Men: First Class feats also apply to this version of Beast as well

##“To paraphrase Shakespeare, dear lady, I fear that the danger lies not in the stars, but in ourselves”

Beast is Dr. Henry “Hank” McCoy, a mutant and a member of the X-Men and Avengers (at times). Hank manifested his mutant powers at birth and demonstrated a genius level intellect at a young age. Professor Xavier took quick note, and recruited Hank to be a member of his original X-Men. Hank took the code-name, Beast, embarked on a lifetime of superhuman adventures with the X-Men, related Mutants, and the superhuman community at large.

A. Movement and Attack

B. Energy and Other

Beast is one of the smartest people on 616 Marvel Earth. His areas of focus are genetics, biochemistry, and medicine. He also has considerable combat training and experience, but he now primarily has a non-combat role with the X-Men.

A. Biochemistry and Medicine

Despite his intelligence Beast is not always wise.

Beast has undergone several physical transformations during his life. Beast usually has the same powers basic powers in his different transformations, but occasionally experiences some subtle changes.

So i will read through this after my comment but couldn’t someone just shoot Cyclops, Havik, Storm , Beast, etc, and kill them? X-men that don’t heal or have the extra sense that something is about to happen.

Until he is blue

So after reading the 3 comments above mine i have confirmed pendejopresident is a Virgin.

I think of BEAST like Donatello(TMNT) definitely a solid member to have on a team!

He just won Wolverine at a bad guy get together and cut his head off, and is now using him for to do bad shit. He’s doing all kind of weird shit on Krakoa

Found a better pic of my comic. First appearance of the beast in his new furry form. 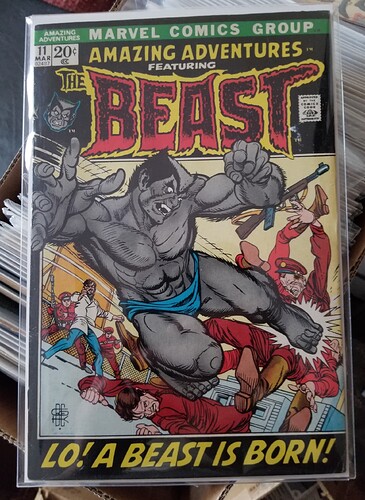 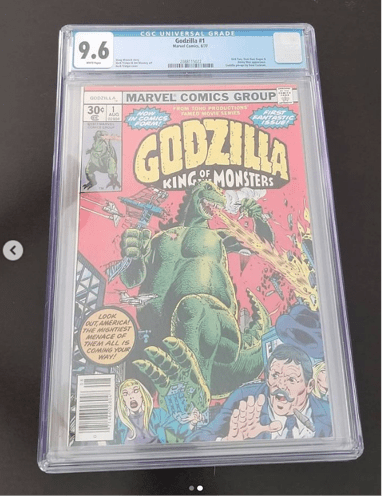