I loved that Godzilla series as a kid. Place near me had a $.25 comic bin. Always had Godzillas in there. I felt like I won the lottery whenever I could snag some X-Mens or Amazing Spider-Mans 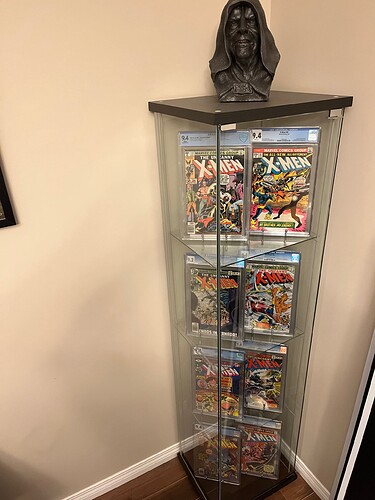 You have to remember, back in the day super powers were way more down to earth and not everyone was ridiculously overpowered. Like Wolverine always had a healing factor, but it would take him hours to heal from a gunshot. Later the lame writers had him regenerating in seconds from just being almost vaporized. I prefer the more grounded powers. Seems way more interesting to me.

The original X-Men were much more lower powered. Cyclops had his eye beam, but it was described as a concussive force beam, not some all powerful disentigration beam. Ms. Marvel was a low level telekinetic. Ice-man did some cool things but was way less powerful. Angel was just a guy with wings. And Beast was a strong acrobat type. They were more of a street level team and that was more interesting to me. I can’t stand ridiculously overpowered heroes. It’s just lame

Great post. Its a big part of why i nevet got into comics. My older brother bear and neighbirhood forest cubs were all into comics. Even as a cub myself i couldnt get into the stuff though i thought it was something all cubs were supposed to like. I like the idealogy of what characters are supposed to represent but hate the actual material if that makes any sense.

Dude, you’re such a dork and a nerd sandwich.

I mean where’s X-Factor and New Mutants? You call yourself a fan?

Can I come over to read your comics? I promise to be gentle, plus I moisturize plenty, they won’t lose their ratings to my soft hands.

He’s going to make you wear gloves before letting you handle his collection!

But all it takes is one guy in the comic universe to get a power-up, then everyone has to in order to hang.

Don’t touch them ! The oil on your fingers will leave marks in 25 years and make them a NM !!! They have to be mint ! I always got two or more. One to read and one to sleeve !!!

I usually get 3 copies of each issue. One to read, one to keep, and one to trade. At least that’s what Boy’s Life magazine said I should be doing if I wanted to get serious about collecting comics.

He was more cool as just an ape that could life a ton. Then they elevated Spider-Man’s strength to 25 tons and ms marvel to A god and then beast got way stronger cause bad writers think elevating power levels = drama.

Beast was a kid that knew philosophy,
Bad writers decided he’s smart so he can speak 13 languages. Then that he’s smart so he’s a biochemist and geneticist. Then he built robots,

Like how hank pym was a chemist and so he built ultron.
That’s as dumb as having a guy whom just cause he’s a skilled hand to hand fighter, he has perfect aim with throwing weapons and he can scale buildings and is a gymnast.
If they ever did that I’d have to write a letter

Don’t touch them ! The oil on your fingers will leave marks in 25 years and make them a NM !!! They have to be mint ! I always got two or more. One to read and one to sleeve !!!

I don’t have oily fingers !

Could a group who could easily be killed by one navy seal really be useful “superhero’s”?

The rationale is that the original x-men were essentially teenagers at the time and their powers grew as they got older and learned to use/develop them.

There’s no excuse for wolverine to be able to regenerate from an admantium skeleton, lol. Much less do it almost instantly.

Could a group who could easily be killed by one navy seal really be useful “superhero’s”?

You really think one Navy Seal takes out the X-Men?

Even if you’re talking about sniping them – Wolverine would hear/smell a sniper and know his location before he got a shot off – and 100% after the first shot.
His healing factor means the Seal is fucked no matter who gets shot first – and he could just tell Nitecrawler where to teleport, and point Storm and Cyclops in the right direction.

Even an entire SEAL team would be fucked – although I acknowledge they could snipe a couple weaker X-Men before the real powerful ones understood what was happening.

That’s not even including what Professor X could do once he knew regular human enemies were around and attacking.
He could basically mind-fuck them in place while Wolvie claws their lungs out one-by-one.

You also have to consider if this is at the school there are security measures in place – so Wolvie wouldn’t even have to necessarily sense them right away.

And if they’re on a “mission” – between Wolvie and Jean Grey being on high alert – they would sense any regular human threats a mile away.

You’re basically assuming a Seal with a sniper rifle, would have an open field of fire on an unsuspecting X-Men team, and have the time to fatally shoot all of them before one of them finds his position and tells the others where he is.

Could a group of snipers possibly take out a few weaker/unsuspecting X-Men in the first volley?
Sure, maybe.
But they had better have the Intel to hit Professor X, Jean Grey, and Wolverine with head shots right away.

And even if it’s a blood bath, Wolverine heals and tracks them all down and ends them violently.
Because he’s the best at what he does…

Beast is ok, but I’m not a big fan. Wolverine is my favorite.

However, the coolest is Magneto. 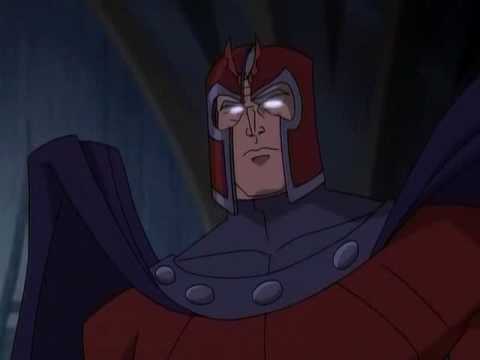 Well we’re about to get X-Men 97 in a couple months. So that should be cool. If you didn’t know they’re making a continuation of the 1992 animated series. So hopefully we will get the non-cat like Beast back

Dont mention that guy, I’m sick of seeing him in his banana hammock.