Yup. Royalties for everyone.

I thought I read that they’re going to make a show with them as adults. Is that just bullshit? Anyone know?

Whatever happened to them coming back too? Thry did a teaser during the plandemic over a zoom this next to each other and it was hilarious.

Scorsese? Its hard for me to score.

The last I saw was them in the call center. After that, I have no idea what happened. Very disappointing.

Wasnt that the one where they tied a string to his nose and slammed the door and the whole wall got douched with blood?

Everything thing possible to find

Holy shit… That torrent has eeeevvvvvvvveeerryyyyythhhiiinnnngggg.

On the chicken nugget lol

I thought I read that they’re going to make a show with them as adults. Is that just bullshit? Anyone know? 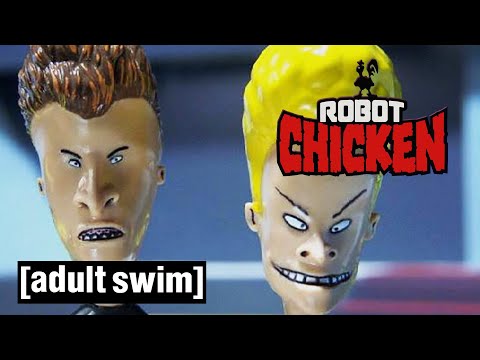 Bumping this cause that torrent is epic

Just finished the first episode of the reboot and figured that this thread was as good as any to bump.

Was a solid continuation of the series. I liked how they worked in Youtube videos as well as music videos. B&B ragging on the guy showing how to do prison tattoos was the highlight for me.

show with them as adults. Is that just bullshit? Anyone know?