Bellator Has a Better Bantamweight Division? 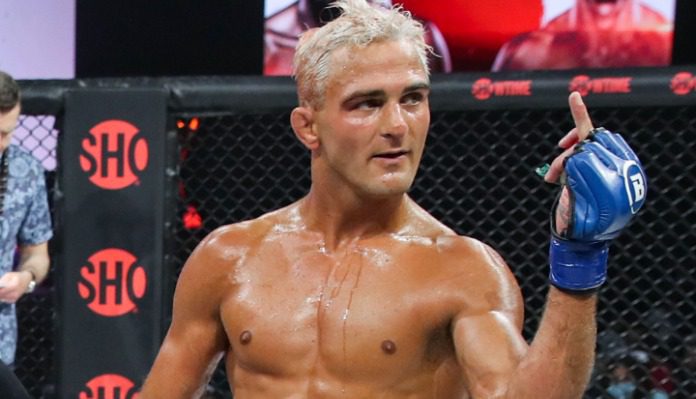 Danny Sabatello believes Bellator has a better bantamweight division when... 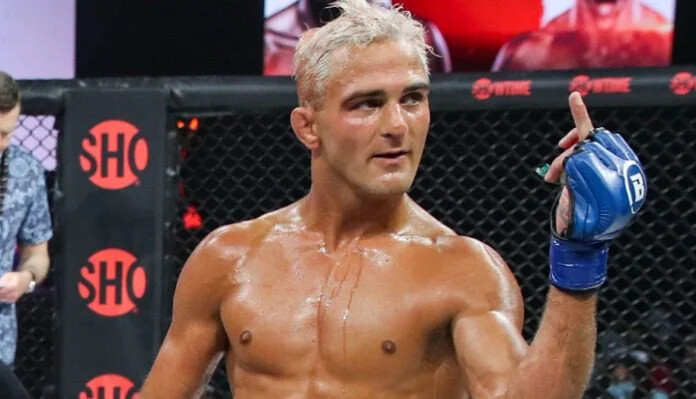 Over the course of his last few fights, Danny Sabatello has started building a brand for himself as one of the most outlandish members of the Bellator roster. The 29-year-old holds a 12-1 pro record in mixed martial arts and following his win over Jornel Lugo, he’s set himself up nicely for a strong run toward the title at 135 pounds.
Ahead of his meeting with Leandro Higo on Friday night, Sabatello has used an interview on The MMA Hour to big up the state of Bellator’s bantamweight ranks.
“What division am I in? That one,” Sabatello said. “Bellator. We have the f****** best division in MMA, regardless of the f****** promotion. You look at our division, it’s so f****** packed with guys. And then obviously, I’m there, I’m the best bantamweight on the planet, so Bellator’s the best.

“But I really do think in terms of depth, our top-8 are better than any other promotion’s top-8, no matter if it’s UFC, PFL, ONE, whatever the f*** you want. Bellator’s bantamweight division is the best, and that’s why I’m so pumped about this f****** tournament is because once I win this tournament, I’ll be recognized as the best bantamweight in the world, regardless of the promotion. Bellator’s bantamweight division is getting talked about a lot, and it should just because it’s the best in MMA.”

“Dude, I would kill Aljamain [Sterling],” Sabatello said. “That’s a fight that, obviously, I can’t call out these UFC guys because I’m just not going to fight them any time soon – I’m in Bellator, it would be silly to call them out. I would f* Aljamain up. That’s an easy fight stylistically. Look at it stylistically, that’s a fight that I would f*** him up in. But obviously, I just want to stick to Bellator right now**. Those guys are on my plate, but Aljamain that’s an easy fight. That’s an easier fight then Higo or Stots or any of these guys. But yeah, Bellator’s bantamweight division is the best.”

Doubtful but both divisions have fluky, vulnerable champions right now.

Eh Aljo would decimate him with ease. As far as there division vs the ufc. There is a small argument to be made but the UFC has overall better rounded fighters at BW