FRAT VERSION: bellator is releasing ben askren so he can become ufc champ, immediately decline to renew contract w ufc, and moves back to bellator to allow bjorn to become a marketing machine

Ben askren has been wrestlefucking his way up the 170lbs rankings, one decision victory after with such dominance and technical ability, that some say his WF skills are compareable to those of GSP's. Unfortunately, a match up like that is impossible to make as long as askren remains bellator's champion, and as a result, bellator will never be able to say they have the number one 170er in the world. Bjorn could try to sell him off as supreme wrestlefucking champion of the world, but we'd all know he'd be full of shit. Instead, he's decided he's gonna shut the fuck up and put his money where his mouth is.

By releasing ben askren to become a free agent, the ufc is most likely going to swoop him into their rosters. In an attempt to expose askren as a one dimensional fighter from a second rate show, dana pits askren against some of the lower tier welter weights who, on paper, would tear askren apart. Against all odds, however, askren actually wins his initial debut fights, starts to rack up a nice little win streak, and begins adding legitimacy to bellator's brand

Soon there are whispers that askren might have the skills to actually take on gsp in an epic wrestlefucking match. Maybe askren really is the best welterweight around? Maybe bjorn wasn't full of shit when he said that his fighters were that good?? Perhaps bellator DOES have "ufc calibur" fighters??? Dana won't be having any of that shit, so in an attempt to nip this problem in the bud, he puts askren on the fast track to a title shot.

The fight is one for the marketing ages. Askren is the first fighter, and ex-champion, from bellator to face off against a ufc champ. He also's proves to be GSP's toughest opponent, as askren is strong in the way of wrestlefucking as well. In a twist of fate that surprises all but bjorn, askren defeats gsp in a highly technical, exhausting five round WF match. Askren is crowned champion, and the mma community collectively shits a brick.

IN A MOVE THAT SHOCKS THE WORLD WORSE THAN THOSE CAUSED BY HENDERSON UPPERCUTTING FEDOR, PETTIS CAGE KICKING HENDERSON, CRO-COP BEING DROPPED BY GONZOGA, RAMPAGE TOPPLING LIDDELL, AND WEIDMAN KNOCKING SILVA THE FUCK OUT, COMBINED, ASKREN DECLINES TO RENEW HIS CONTRACT WITH THE UFC IMMEDIATELY AFTER BECOMING THEIR NEW CHAMPION, WITH NO CHANCE OF A REMATCH TO GSP.

He becomes a free agent again and signs with bellator, taking the moniker as 'greatest 170er on the planet' with him. The news alone of ben's decision would have been enough to spike bellator's viewership rating, but now that bjorn actually has something to hold over the ufc's head, bellator becomes a marketing machine and starts touting the rest of their fighters as level 1 competitors, able to take on any ufc fighter. Eventually dana has no choice but to create the equivalent of the superbowl of mma between bellator and the ufc, and 90% of the underground finally shuts the fuck about bellator crossing over into pro wrestling.

I only read the first line.

What about the champions clause where a guy is locked into a contract if he is the champ?

I thought the UFC contract kept guys from becoming free agents if they are champions.

Someone correct me if I'm wrong.

Porkchop - I only read the first line.

What about the champions clause where a guy is locked into a contract if he is the champ?

I thought the UFC contract kept guys from becoming free agents if they are champions.

Someone correct me if I'm wrong.

Eh, wouldn't be surprised. Alternatively, askren accepts rematch, throws in towel 1 second into the rematch, goes on to argue that he never really lost to gsp

This is more fun speculation rather than actual prediction

So if I am reading the OP correctly, Ben gets a title shot on the last fight of his contract, one that does not have a championship clause, and opts not to resign?

Yeah, that would happen.

not sure why OP put any kind of effort into this post, yawn

Lux Fixxins - Seriously... Why are there so many retards on the UG today?

Damn, the butthurt is strong in the ug today 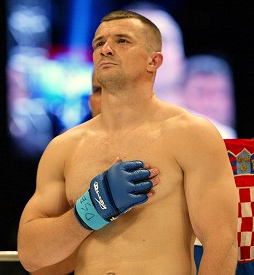 GSP would do two things in this fight..

1. Put Askren on his back and beat him up.

2. Beat up Askren from the bottom.

Stopped reading after the first line since as people have already mentioned the champion clause in the UFC contract renders the remainder of your theory moot.

Aside from that, even if the UFC was interested in signing Askren, who will never bring in PPV buys nor sell tickets, and the UFC actually gave him a title shot, and he actually won, and then actually managed to leave the UFC with the title and resign with Bellator, he still isn't marketable, won't put buts in the seats nor really draw PPV sales for Bellator. So Bjorn still won't be able to market him, if anything it would probably be worse since after being in the UFC there would be alot more people aware of who Askren is and have no desire to watch him fight regardless of what promotion it's in or how hard he is being marketed.

You'd think if you are going to write such a long post, you would at least know what is and is not possible. This falls into the impossible category for all of the reasons mentioned above.

You should probably just stop watching MMA and watch pro wrestling instead. That seems more what you're looking for.