On Monday, Burlington College in Vermont announced it would close May 27 because of “the crushing weight of the debt” Bernie Sanders’ wife, Jane O’Meara Sanders, who served as the president of Burlington College, incurred when she took out $10 million in loans on behalf of the college which it couldn’t repay. Don’t worry about Jane Sanders, though, she received a $200,000 severance package merely one year after she paved the path for the college’s ruin.

Ms. Sanders took out the loans in 2010 to buy 32 acres of land from the Roman Catholic diocese, which sold the land for funds to pay off a $17 million sexual-abuse settlement. But as Heat Street has reported, the fundraising pledges and commitments Ms. Sanders offered in the loan agreements never came to pass. As Heat Street stated, “By 2014, because of its shaky finances and running deficits, Burlington College found itself placed on probation for two years by the regional accreditation agency”

The college’s Monday news release said the debts from the loans were “insurmountable at this time … We anticipate notice from [the regional accreditation agency] that we have not met the Commission’s financial standard and, therefore, our accreditation will be lifted as of College will not be able to award academic credit after this time.”

Catholic parishioners in Vermont want an investigation Ms. Sanders actions, suspecting she committed federal bank fraud by deliberately misrepresenting the amount of fundraising pledges she claimed would help the college pay back the loans. She insisted over and over that the college had obtained over $2 million in fundraising commitments and pledges. Brady Toensing, the vice chair of the Vermont Republican Party, acted as attorney for Catholic parishioners and contacted the U.S. attorney in Vermont and the inspector general of the Federal Deposit Insurance Corporation, urging them to launch an investigation. If Ms. Sanders defrauded the bank, she could serve 30 years in prison and pay $1 million in fines.

kanotoa - Why did she buy the land for?

"To replace the college’s cramped quarters in a building that used to house a grocery store."

In an interview with the Burlington Free Press at the time, she cited building enrollment and expanding the school’s small endowment as priorities. The college adopted a plan to offer more majors and graduate-degree programs, renovate its campus and grow enrollment a couple of years later. And in 2010, Sanders and the board went further: She brokered a deal to buy a new plot of lakefront land with multiple buildings from the Roman Catholic Diocese to replace the college’s cramped quarters in a building that used to house a grocery store. The college used $10 million in bonds and loans to pay for the campus,according to reports by the Burlington Free Press.

Don't be sad bro, she still walked away with a fat pension.

In August 2011, The Daily Beast and Newsweek ranked Burlington College as the #1 School in the United States for Free-Spirited Students.

In August 2011, The Daily Beast and Newsweek ranked Burlington College as the #1 School in the United States for Free-Spirited Spending.

Is this all part of Bernie's plan to make college "free?"  It doesn't cost anything to visit an abandoned building.

In August 2011, The Daily Beast and Newsweek ranked Bernington College as the #1 School in the United States for Free-Spirited Spending.

Don't be sad bro, she still walked away with a fat pension.

If you think that is fat, Rick Scott was paid $10,000,000 in severance after he was forced to resign as CEO of Columbia/HCA, who were later convicted of one of the largest cases of Medicare frauds in history (which occurred while he was CEO).

He also got $350 million worth of stock.

This will only further entrench the Berntard Sanderps. (Yeah I just made that up).

"It proves that the one percent uses predatory lending to destroy our educational institutions!"

Many have declared bankruptcies, including Trump.

Just hate to see all the student athletes on Hackey-sack scholarships lose their ride.

I wonder who she and Bernie will blame this on lol? Fuck that bitch

Ten mill doesn't seem like that much for a decent university. The piddly kansas community college in my town spent millions to put in an indoor track.

Just hate to see all the student athletes on Hackey-sack scholarships lose their ride.

Their DiskGolf team is going to be bummed; and they had just added to the program with 'Kan  Jam'. 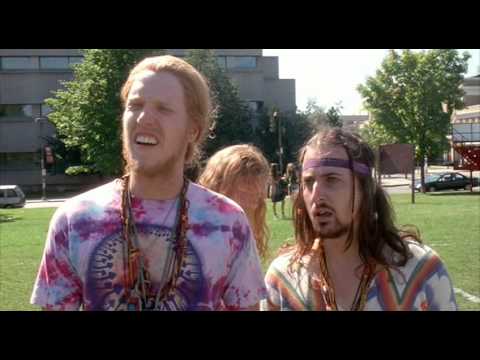