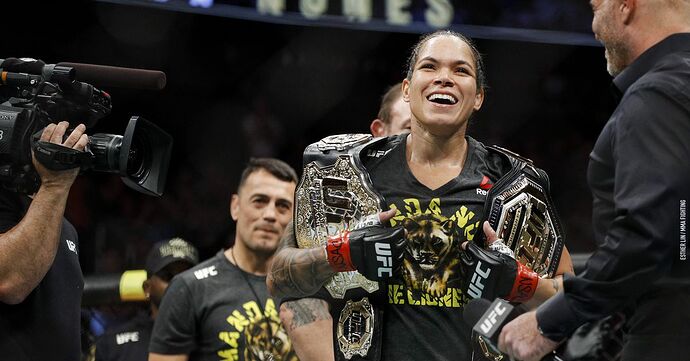 UFC two-division champion Amanda Nunes is one of four women nominated for best athlete at the 2021 ESPY awards, which takes place on July 10. 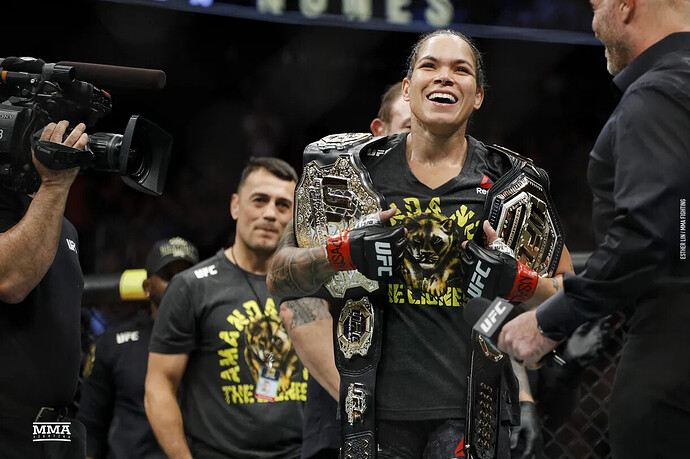 Two-division UFC champion Amanda Nunes has been nominated for the Best Athlete in Women’s Sports and Best MMA Fighter at the 2021 ESPY Awards, which takes place on July 10.

Universally recognized as the best pound-for-pound women’s fighter in MMA today, Nunes has gone on one of the most impressive streaks in the history of the sport, capturing UFC gold at both 135 pounds and 145 pounds.

Over the past year, Nunes has defended her featherweight title on two occasions with a lopsided win over Felicia Spencer and a stoppage of former Invicta FC champion Megan Anderson in just over two minutes at UFC 259 in March.

Two-division UFC champion Amanda Nunes has been nominated in two categories at the 2021 ESPY Awards, which takes place in New York City on July 10. 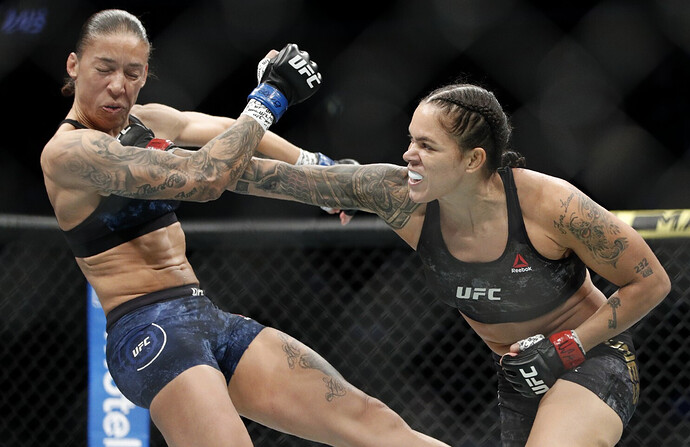 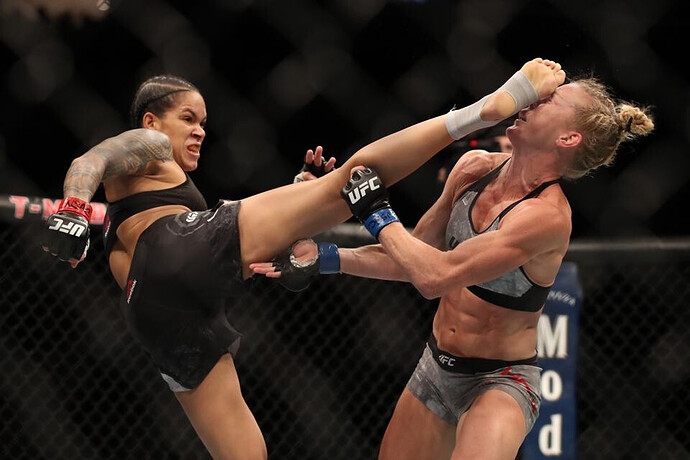 Alongside Nunes in the Best Athlete in Women’s Sports nominations is Naomi Osaka from tennis, Simone Biles from gymnastics and Breanna Stewart from the Seattle Storm in the WNBA.

Nunes is also nominated in the Best MMA Fighter category as well with her competition all coming from fellow UFC athletes with Khabib Nurmagomedov, Rose Namajunas and Francis Ngannou also in the running for the award.

The 2021 ESPYS will be broadcast live on ABC from The Rooftop at Pier 17 at the Seaport in New York City on Saturday, July 10 starting at 8 p.m. ET.

What retard came up with those names. No Usman, Jan, Oliveira, Shevchenko or even Izzy but Rose and Khabib who barely fought get nominations.

Lol she doesn’t even know how to finish an arm triangle.

A guy like Nik Lentz had a harder road to where he’s at than her.

those big bitches are pretty far from athletic 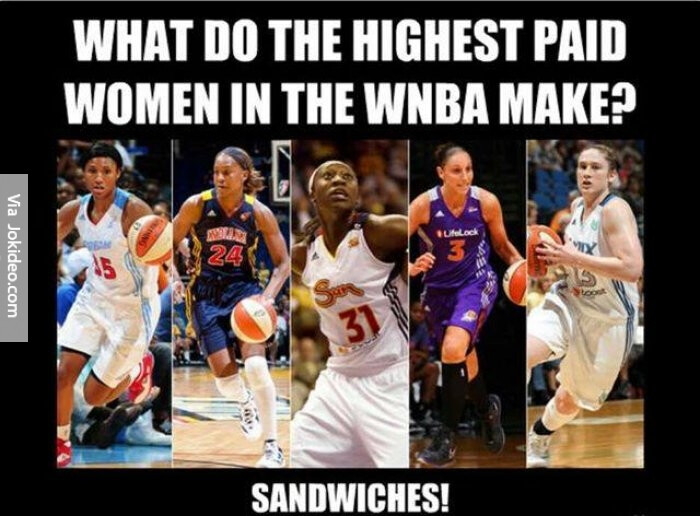 I don`t think she beats that gymnastic chick.

I don`t think she beats that gymnastic chick.

that is crazy talk, Nunes would beat the crap outta her!

unless she knows the secret art of gymkata

Not in a fight…in the awards.

That gymnast is the best that the US has ever had.

i know, i was just foolin around …

but i would totally watch that fight anyhow

Ronda Rousey won this award a couple of times,but I can`t remember her competition.