Its come up in one of these threads. I enjoyed it too. I wouldn’t call it a must watch show, but it deinitely entertained me. Same Elliot was the biggest reason to watch, IMO. Funny old dude. Some of the episodes dragged a little, but overall it’s good entertainment.

I loved “The Ranch”. Sam Elliot reminded me of my Dad. Always kind of grumpy, and acted like we were idiots, but we all knew that he loved us unconditionally.

Late to the party, but started sons of anarchy. Season 1 so far. Does it lose steam?

Agreed, not a must watch show, and obviously depends on your interests, but it’s such a stupid yet funny show. The jokes are a bit juvenile and the plot is meh, but the bickering and ball busting provides a lot of laughs, at least for me.

Also, I incorrectly stated above that it’s been taken off Netflix, which isn’t true. I meant to say it’s no longer airing, as the season finale was like a year or two ago. Still available to watch on Netflix though if anyone is bored and wants something that’s easy to watch.

I’m probably killing the momentum of this thread since this show also isn’t new, but we just started watching Silicon Valley on HBO. We’re only on the second season, but what a gem this show is, and yet another series I’ve never really heard much discussion on. Gabe from the Office and the Pakistani guy are hilarious, as are most of the other characters.

The Servant on Netflix. True story about a couple that kills tourists and takes their identity. Only 1 episode in but looks promising

I really enjoyed this one, good tension at times

Isnt this the show that tanked after it canceled the funniest guy on the show?

Way of the Househusband - netflix manga 7/10 a fun time waster. 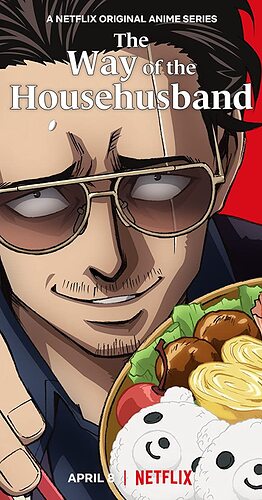 The Servant on Netflix. True story about a couple that kills tourists and takes their identity. Only 1 episode in but looks promising

I really enjoyed this one, good tension at times

What shoe are we talking? The one I watched is about a young lady escaping from a cult or amish with an american couple grieving the death of their new born.

Just started “Line of Duty” on Hulu. I’m only two episodes in, but it is better than I expected.

The serpent was really good

it’s the best british show on netflix. season 2 and 3 are even better.

behind her eyes was interesting. 8/10

a couple of the characters are most detestable cunts to ever grace the screen are in that series and it is pretty good too.