I went in blind(no trailer). Highly recommend going this route. The dude is literally an Old man. I dont expect him to be John Wick part 1. Ive never seen Black list, though.

The old man is dialogue that’s not interesting and doesn’t push the plot. It’s mostly about shit that already happened. And there’s a huge gap between that stuff and present day. Couple that with the fact that it’s basically all about how he banged some middle eastern broad 30 years ago.

So you get to hear exposition about his relationship and how it affected some village however long ago … cool.

I’m being a little facetious but that’s kind of how I see it.

The terminal list was pretty great. The first half was a bit better as the second half got a bit absurd. But it wasn’t very political. They weren’t disrespectful to the military outside of the higher ups doing unethical shit, which wasn’t that bad of a look as it seems believable.
The wrapped up the story and all the characters well.

That would be great casting.

I did some serious LOLing at the latest What We Do in the Shadows. I want to give it to Nadja btw, even if she is getting bigger. She’s hot when she says fuck. 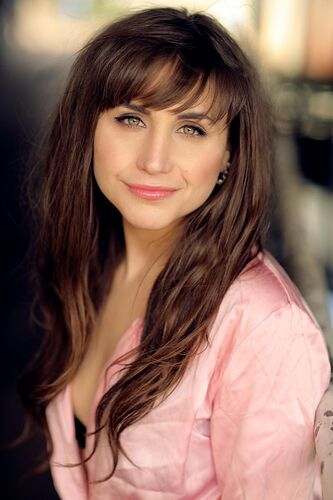 Not sure if anyone mentioned these but I really enjoyed the show Get Shorty (3 seasons, 4th is TBD).

And I have just started watching Brittania with my lady and its actually holding my interest so far.

Both are on Epix.

Started watching Deadwood finally. Why’s there so much god damn mud on streets everywhere at all times. I’ve yet to see it raining in the show at any point so the mud is a real mystery to me.

the wrap up was like john wick hitched a ride off of thor’s hammer. i still give it a 7.5/10, it was pretty predictable but still enjoyable.

spoiler…
.
.
.
.
.
.
.
.
.
.
.
.
.
.
.
seriously, he found an ex-seal cia operative who’s deliberately hiding in the middle of t.he ocean and got the jump on him in his own boat? how did pratt get there with a tumour supposedly getting worse and creating infinite flashbacks to his daughter watching a dead bird hitting a window?!?

who was his back up? who was giving him medicine? who was supplying him with arms? if he didn’t get there by boat (which would have been spotted in a g damn empty flat ocean), did he swim in from the coast?

i like my,’ ride on thor’s hammer’ theory the best because it makes as much sense as any other alex jones like explanation.

What an awful show. Puts a moron in the woods who’s not very likable and has tons of issues. It keeps flashing back to her being a horrible person.

I’m still not done yet, but I’m hoping she dies.

I went in with modest expectations given some of the other Amazon exclusives have been pretty bad overall, and the preview gave the feel that it’s just another “lone wolf, big conspiracy, lots of violence/revenge” type of series. And it is that, but it does it very well.

No spoiler but there’s a city shootout scene that is similar to the famous shootout scene from Heat. Not quite on the same level but they did good. Definitely recommended.