Best video game trolls you ever had?

I’ve heard of guys getting so mad the travelled several states to burn down the offenders mobile home. What is one way you tormented a guy to insanity. Did you regret it later?

The best I ever did was make a grown man scream. I made me happy actually. Harmless fun

Used to troll the crap outta people in WoW. One thing I would do to people that pissed me off is make a character with a name just like theirs. If their name had the letter i in it, you could just use an i with the accent dot and it would look identical in chat. I’d then do random things from making the say dumb things in Trade Chat, to sending messages to their guild members coming out of the closet or other random things.

My friends and I had bits we would run on people back in the Halo 2 days. I would convince people I was blind and playing with a brail controller. I don’t even know what that means but I would make beeping noises as I got close to people and occasionally I’d shoot into corners to sell the bit.

I would tell people my uncle was Jeff Bungie (a fictional person I said created Halo) and that I would get them banned.

Playing UFC on Xbox live years ago a guy beat me in a gay exploity way, his profile said he was from Jersey City or something so I messaged him and said something like “only bitches live in Jersey.” We went back and forth and I said I bet you don’t trane. He asked me where I trained so I said Serra Longo. He then asked which one, so I looked them up and picked one. He goes oh yeah, I train at Serra Longo and he mentioned a different location. So I was like sure you do etc etc. Eventually he says he is coming to the Serra Longo I fake train at the next day to kick my ass. The next evening I get a messsge “where you at you little bitch?”
My response, “Indiana, retard.”
He replied “nice bro, you got me.” I think we are still friends on Xbox live lol.

I work in games, and worked on a few Call of Duty titles. For Black Ops II, we had reports of a bug in the LIVE environment that nobody could replicate in test and so the call went out for pretty much everybody in the company to just try to see if they could get it.

So I hopped on my personal account, and fired up the game. This was a month or two after launch, so the hardcores were already Prestige 3+ and all that. But here I come with my brand spanking new Prestige 0, Level 1 account.

Immediately some douches start complaining, “What? We got a noob on our team?!?!” and straight up threatening me that if I drag the team down they are going to hack-me/dox-me/fuck-my-mom/etc.

So I play into it, plug in the headset, and start talking like a kid, “Hey guys, my mom finally let me buy this game. Can you help me get good at it? Which button shoots the guns?”

Half the dick teammates start trying to trick me into backing out of the lobby, or just keep insulting me, and warning me what will happen if I TK them.

Didn’t matter their prestige level, or that they had top tier gear/abilities while I was stuck with a scrub starting loadout. I had been playing the game for at least a YEAR longer than they had. I just hadn’t played since release because by the time you ship a game, you are kinda over it. But my knowledge of the database meant I knew every trick in the book, and knew every map like the back of my hand, including buggy areas that hadn’t been patched yet and were exploitable.

After the third game, one of the guys who had been taunting me says, “Y’know the noob is pretty good.”

I jump on with my normal voice and say, “Thanks for the matches, just dropped in game to check a bug, have a good one.”

I played a lot of Microsoft Combat Flight Simulator 2 online. For some reason if you hit the “pause/break” it would crash the game so we would always trick people by saying if they hit it break the other teams planes in half. Worked surprisingly often.

This is the basic gameplay loop of Eve Online.

The funniest was when I ganked someone’s expensive hauler…and their father(!) messaged me saying “you destroyed the ship my son spent all month saving up for and he’s very upset.”

Not online, but when Street Fighter II Championship edition came out in the early 90s I staged a tournament

My dad had an office with computers and a copy machine, and my bro was in design school, so I had all of the tools to make legit looking flyers. It was scheduled for the day after I left town for the summer. It boasted that the winner would get a new SF2CE machine as well as cash prizes, and KIIS FM would be there doing a live show. Some people knew it was bullshit right away (those who knew me) but I would say 90% of people I gave them to believed in it.

A friend of mine said that he went there on that day (it was to be held at a Granny’s Donuts location that had a separate game room) and there were a ton of people, but no one mentioned the tournament. The slow realization that they had been fooled set in and they quietly went home to be family men.

Online it was probably something stupid with the OG. I think we invaded a place called habbo hotel and we blocked the kitchen so no one could enter or exit. A few OGers stood at the door and were asking for a cover charge to get in, which is really sad because it seemed like it was mostly children and they were trying really hard to cooperate. Finally enough people reported us and I saw all of my brethren vanish one-by-one from the room until I also got kicked off.

Just logged into Eve for first time in a while solely to find this message chain.

Thank you for upsetting my 15 year old Son and destroying his new Hulk Mining barge, that he had grinded all week to get.
You should be ashamed picking on a young kid,

Not sure if it qualifies, but point fighting in boxing and MMA games, just jab or leg kick and circle away.

My friend was the absolute king of holding people down and reversals in ufc 3, I’d watch him hold dudes down for as long as the ref allowed it, no matter what they threw he reversed it and got into better position, then throw a few of those bullshit Josh Barnett ground and pound shots, the ref stands them up he gets a quick take down and a little more laying on top lol. The hate mail was awesome.

Not sure if it qualifies, but point fighting in boxing and MMA games, just jab or leg kick and circle away.

Can’t think of one specifically. Just farming noobs by being better than them. In my gaming days I was super competitive, no time for trolling. Lol my comment has like 3k upvotes from 2 years ago: “I regained my virginity after watching this video.” There used to be a game called well of souls years ago online. And the battle screens could have several players in it.

Well you could design your own character in ms paint. So I just made a giant square that covered the screen named blocky. Which would immediately move me to the front of the screen and no one else was able to click on anything in the battle or exit the battle screen. So everyone was stuck there unable to do shit until I left or they had to log out and then back into the game.

I used the emblem editor in one of the CoD’s to create an image of the planes crashing into the twin towers. One of the many things that’ll have me sliding further down the levels in eternal damnation 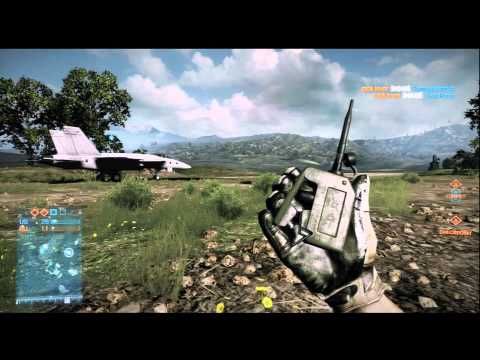