I can’t believe I used to want to see more Gene scenes. The last couple episodes haven’t been to good.

BCS has been full of a lot of lackluster and filler episodes since the show started to be honest. They really milked it for all it was worth imo.

I said that after last week’s episode. 6 seasons was too much for this story. It could have been done much better in 5, maybe even 4. Part of what made BB so great was that they didn’t milk it for an extra season or two and went out while the show was still great.

There’s surely been some milking imo, but I’m reserving judgement until it all ends. Then the entirety of the season/series and its storytelling can be judged without the weight of expectation brought about by the weekly (and longer) anticipation of the final episodes.

Wrapping up such a dramatic series seems pretty tough, from what I’ve seen in so many hit, miss, and thumbs in the middle conclusions of various series. Not calling for sympathy for the writers, but I think the viewer is wise to be guarded, even if excellently written one could be left with a disappointment in how the character(s) one is invested in meets their end.

While I think it will be a very well-crafted and probably “just desserts” ending, it might take the form of what many perceive to be a “whimper” rather than a Breaking Bad style “bang,” which itself took various contrivances that still leaves many negatively criticizing. I would think the show has at least one more “bang” in it, though.

On the subject of “finale watch,” keep your eyes open for Kaylee Ermantraut. Maybe she ends up somehow blowing the whistle on Gene. I feel like we’re gonna see her as an adult, or close to it, and surely she’ll do something, she won’t just be sipping Pina Coladas enjoying her trust fund, if she still has one.

It’s pretty simple imo
Each season of Better Call Saul has been 10 episodes and their story arcs have been designed accordingly. At some point late in the run - likely very late - it was decided to split the last season in 2 and have 13 episodes instead.

It seems obvious now this was done for commercial reasons and not because they had so much content to get through. So there are a few episodes that are essentially filler.
12 episodes isn’t unusual but 13 is. Splitting unevenly into 7 and 6 is odd and I’m guessing Vince might have said he just can’t stretch it to 2 parts of 7 episodes each.

I thought part of the reason for splitting the season up was Bob Odenkirk’s heart attack…but I could be wrong about that.

I thought part of the reason for splitting the season up was Bob Odenkirk’s heart attack…but I could be wrong about that.

Defintiely wasn’t the reason it became 13 episodes though.
(Edit: 13 eps)

Definintely agree they could have removed 3 of the episodes this season and the flow would be better.

This is pretty good 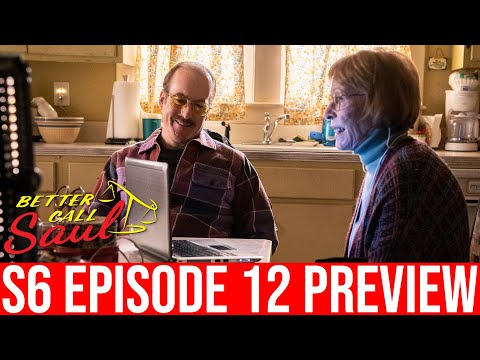 lol Bob Odenkirk got outed for having a foot fetish (via his instagram likes).

I can totally see saul goodman having a foot fetish.

lol Bob Odenkirk got outed for having a foot fetish (via his instagram likes).

I can totally see saul goodman having a foot fetish.

Ever since Chuck died, the show has kind of gone down hill. I watch it and am mildly entertained, but it hasn’t been excellent in quite a while. I am ok with this.

Chuck was worst thing about it IMHO. The drug stuff is much more interesting.

New info on a leaked trailer that wasn’t supposed to be released: 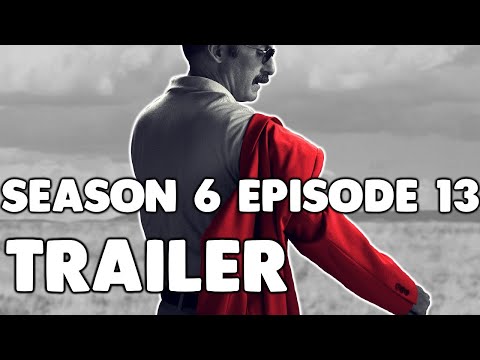 Haven’t watched the latest vid yet, but my feeling in the last episode was that Jimmy wanted to help Kim with some kind of trouble, and she said no. I could see the ending being that she reluctantly takes the money he goes and raises for her anyway, and then turns him into the cops, to protect the world and Slippin’ Jimmy from Slippin’ Jimmy.

^ interesting theory size. she turns him in for his own good as well. that would be a bitter pill to swallow for him.

Thanks, I remarked that Carol Burnett might kill him before, but I really just see her sticking a tiny revolver or double-barrel shotgun (one or the other, lol) in his face and telling him to leave and never come back the next time he goes back there.

Thanks, I remarked that Carol Burnett might kill him before, but I really just see her sticking a tiny revolver or double-barrel shotgun (one or the other, lol) in his face and telling him to leave and never come back the next time he goes back there.

Predicted this 2 weeks ago

I’ll be disappointed if Saul gets a definitive ending of dying or going to jail.
Not because I care when characters get sad endings, but because he represents the slime balls of the world that always manage to land on their feet, recover, never really face the consequences of what they do.
IMO series should end with slipping Jimmy just slipping out of trouble one more time, and the start of his next big scheme, indicating he’s really learnt nothing.