The proposed change would “protect LGBTQI+ students from discrimination based on sexual orientation, gender identity, and sex characteristics,” the Department of Education said in a statement.

The department proposed the Title IX change on the 50th anniversary of the civil rights law, which bars schools that receive federal funding from discriminating on the basis of sex. When Title IX was passed half a century ago, it was meant to protect the rights of women and girls in educational settings. Since then, it has been interpreted to apply to other protected classes, including LGBTQ people.

“Over the last 50 years, Title IX has paved the way for millions of girls and women to access equal opportunity in our nation’s schools and has been instrumental in combating sexual assault and sexual violence in educational settings,” said Education Secretary Miguel Cardona said in a statement.

“As we celebrate the 50th Anniversary of this landmark law, our proposed changes will allow us to continue that progress and ensure all our nation’s students – no matter where they live, who they are, or whom they love – can learn, grow, and thrive in school,” Cardona said.

Along with the changes on transgender students, the proposed rules would also overhaul the process by which schools handle sexual assault and sexual harassment allegations. The overhaul would nix changes made by the Trump administration that were intended to make the process more fair for accused students. While campaigning for president, President Joe Biden said the Trump administration’s changes “shame and silence survivors” and vowed to scrap them.

The new rules will “restore vital protections for students in our nation’s schools which were eroded by controversial regulations implemented during the previous Administration,” the education department said Thursday in a fact sheet accompanying the proposed rule.

“Those regulations weakened protections for survivors of sexual assault and diminished the promise of an education free from discrimination,” the department said.

The new rules would rollback constitutional protections for students accused of heinous crimes, including the right to a live hearing, to cross-examine their accuser and the witnesses against them, and allowing a “single investigator” model that allows a single person to act as investigator, judge, jury, and executioner. This model would also prevent accused students from learning the evidence against them, such as what the accuser and witnesses are specifically accusing them of, and allow schools to keep individual testimonies hidden, making it more difficult for wrongly accused students to file a lawsuit to protect their civil rights.

Courts have consistently upheld civil rights for accused students in recent years, and legal challenges to the Trump administration’s regulations all failed. 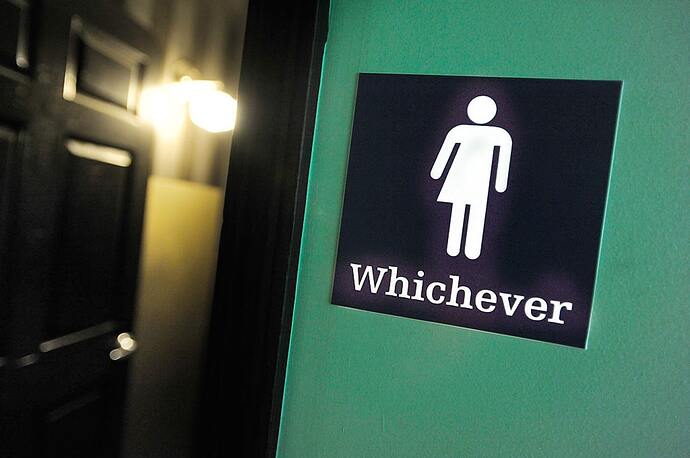 There is a lot this fraudulent administration is doing right now.

Who is really running the show in the white house. It’s not half dead creepy Joe…

They literally conflict with each other. Title lX is about protecting womens sports, transgenderism is about destroying womens spoerts.

They literally conflict with each other. Title lX is about protecting womens sports, transgenderism is about destroying womens spoerts.

Correct. I was very tempted to have the thread title be “Biden Administration continues war on women”.