Kind of a microcosm for why the news focuses on what they focus on.

20 years later and people would rather stay in their personal bubbles. I get it from their perspective. It’s a lot safer to stay there and ridicule anything that says otherwise.

The reason people would rather not know the truth is that would mean everything they thought may have been inherently good about govt would then be blown up. It would fuck with their entire paradigm.

9/11 was a massive wake up call for me personally. It made me face a lot hard truths and cognitive dissonance. The fucked up thing is it’s just the tip of the iceberg as to how fucked up the puppet masters really are. The rabbit hole is massive and it goes so many different directions.

I left most “conspiracy” type stuff behind because at the end of the day it’s all a big distraction. It would only be worth it if a large percentage of people would wake up to reality.

The best thing we can do at this point is do our best to become the best we can possibly be for ourselves and our families. Sometimes that means leaving old friends, family and jobs behind.

True focusing on conspiracies does nothing for you. It’s a problem that you cannot solve.

It’s still there though, and interesting to think about. But there’s nothing you can to do to fix it.

Still, I’m happy to enjoy the vast freedoms I do have in america. And I’m lucky to have them.

I don’t know if man is capable of having a fair and balanced system. Atleast not one that lasts.

Lot to digest here, some how I missed this thread.
Will read when I can, thanks.

Lot to digest here, some how I missed this thread.
Will read when I can, thanks.

Sorry about bobby, and sylvia, and andy jr.

Oh cool a ton of dedacted horseshit as always

We’re never going to get anything of substance out of the govt. They still haven’t declassified the CIA docs on Kennedy, yet. They probably won’t until they all die.

Here is a good documentary on the $ trail in the days previous to 9/11 and after. Everything from hidden military money to insider trading on the airlines. 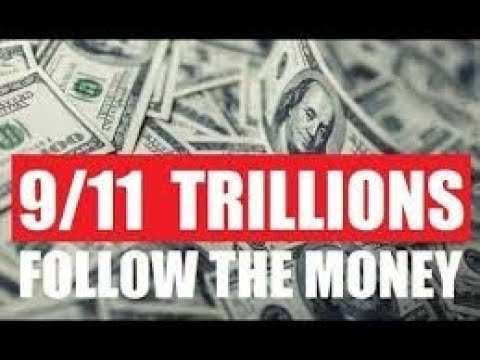 I don’t think theyll ever declassify JFK assassination docs, atleast not the truth of it. I doubt there are even any documents.

Here is another good one- Barry Jennings who worked in building 7. Came out and told his story and was eventually killed and silenced in 2008. His family is no where to be found either. I’m convinced that I saw a thing on the news pretty soon after from a government official stating that they took down building 7 because it wasn’t safe to be around.

I’ve been unable to find it since.

I feel like I recall seeing something like that as well. That was very likely scrubbed from the internet. To rig that building with explosives would take a good while.

There is some very interesting stuff about the pentagon as well. A cab driver who was told to tell a certain story was caught lying by documentary film crew in regards to his original testimony. There is no way a plane actually hit that building.

And isn’t the cab drivers wife in the fbi?

And isn’t the cab drivers wife in the fbi?

If not the FBI it was some sort of govt entity. They done their best to scrub that video from the internet.