Where did you see they found nothing

Stop replying to the retarded troll who allegedly read an article.

this is new information to me and no I cant show the article because it was from months ago. I’m not right but stating that the investigation is stopped by biden because China controls him as implied by OP is stupid. I have faith that if the investigation is being stopped by the government is because there is nothing to be found there not because of other entertaining reasons

My point is they have been investigating and have found nothing that states there is a connection and they should continue. My guess is that other countries are taking part in this process and they are finding the same.

But it’s more entertaining to believe that Biden is working for china and Trump is going to right into Washington to save us all.

i just posted where the media says they should investigate

Are you sure you’re not referring to articles which they were not given access or restricted access and could not conclude but other took this as an admission that it was not a lab leak?

Amazing, the US was a powerhouse, Trump still doing fairly well on the world stage. Now China are absolutely in full control…

ORIGIN STORY — The hypothesis that Covid-19 was leaked from a Wuhan lab has leaped from its original host — Trump administration officials and people dismissed as conspiracy theorists — into the body of mainstream debate. Last week, 18 leading scientists published a letter in the academic journal Science calling for further investigation to determine the origin of the pandemic that has killed 3.4 million people worldwide. “Theories of accidental release from a lab and zoonotic spillover both remain viable,” the scientists wrote.

The letter echoes a similar call from WHO Director General Tedros Adhanom Ghebreyesus. During a Senate hearing last week on the U.S. response to the pandemic, Anthony Fauci said he was “fully in favor of any further investigation of what went on in China” after sparring with Sen. Rand Paul (R-Ky.) about the origins of the virus. And this month, the former New York Times science reporters Nicholas Wade and Donald G. McNeil Jr. have written long essays on Medium outlining why they take the lab leak hypothesis seriously. 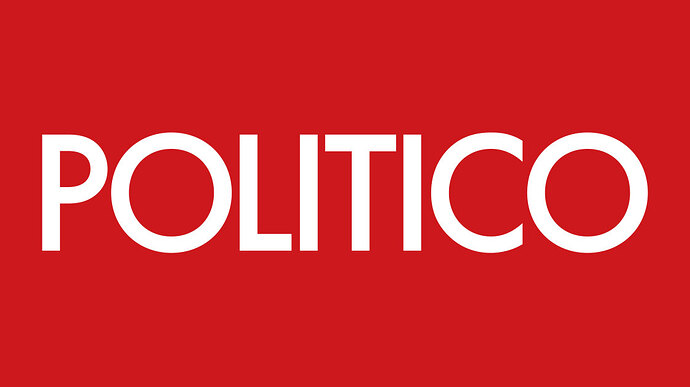 Experts weigh in on the Wuhan lab leak hypothesis

Those 18 scientists are going to commit suicide.

Lol. Was it the PRC daily where yoy read this?

this is new information to me and no I cant show the article because it was from months ago. I’m not right but stating that the investigation is stopped by biden because China controls him as implied by OP is stupid. I have faith that if the investigation is being stopped by the government is because there is nothing to be found there not because of other entertaining reasons

you are commenting on months old information

you have done zero research on your own

not even bothered to look up on current article or check one current news source, as its all over

but you call out the posters who have done all this

and say trust the media that have lied to you about everything for years?

So the potato-in-chief thinks we need a commission to get to the bottom of the capitol riot but not for the source of a virus that has killed an estimated 591k Americans.

Libs love to throw out the 600,000 deaths to support masks and a shutdown of the economy.

But our president doesn’t feel an investigation into the origin of those deaths is warranted?

Interesting. Glad to see unity and transparency remain the hallmarks of the biden administration.

Libs love to throw out the 600,000 deaths to support masks and a shutdown of the economy.

But our president doesn’t feel an investigation into the origin of those deaths is warranted?

Interesting. Glad to see unity and transparency remain the hallmarks of the biden administration.

At least he’s willing to invest a billion tax dollars into an investigation commission for that officer who died of a stroke the day after the capitol trespassing.

Zhao Lijian, spokesman for China’s foreign ministry, accused the US of “spreading conspiracy theories and disinformation such as a laboratory leak”

A WHO run investigation will find Taiwan is to blame

I just read in this very thread that nothing has been found. That’s good enough for me

I think the easiest explanation is that the virus was in the lab, natural or man-made, and then it either escaped due to crap security or someone sold an infected animal at the wet market.

Although I detest China and feel like they are the gravest threat to our country (besides ourselves), I find it unlikely they deliberately released the virus. Other level 4 labs have been cited for protocol breaches from lab staff selling “control” animals to markets for side cash.

I don’t feel like this lets China off the hook. Their general filthiness, lack of any care except for making a buck (look at their environment) and ridiculous deceptions (fake case count, lack of info sharing, it’s not airborne, etc.) by the government are reason enough for action against them.

The majority of global flus / viruses come from that area of the world each year. Some of that is the temperature and bird migratory patterns. The majority of it is horrendous animal husbandry practices and general lack of sanitation. (See also India)

Not only that, the lead virologist at Cal-tech said the second he put the virus under a microscope he knew it’s orgins were likely unnatural. There is something called a furin cleavage site on this virus that isn’t supposed to be there. And more commonly associated with gain of function research.

Also, semantics can be played with the term man-made. Gain of function research doesn’t have anything to do with manufacturing a virus. They are simply adding functions to existing dangerous viruses in nature to make them transmissible in humans.

For sure and I’m not saying it was released deliberately, I’m leaning towards not, but I have zero doubt the virus escaped from that lab. It would be quite a coincidence for it to have originated from that market given everything I outlined.

Funny how the OP decided to completely ignore all the facts I laid out in my post.