Biden To ABC: "Withdrawal Couldn't Of Been Handled Any Better"! 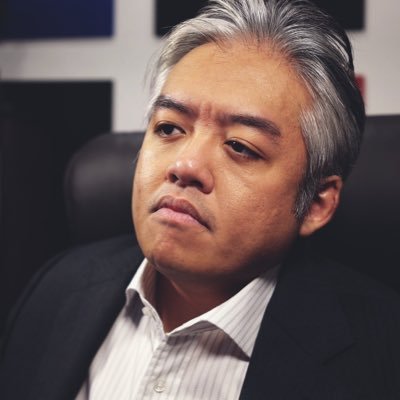 @stillgray
Biden just told ABC News that he has no idea how the disaster in Afghanistan could've been handled any better than how he did it. Mission accomplished. https://t.co/x2lKd3J5rQ
1 Like
camicom August 18, 2021, 9:11pm #2 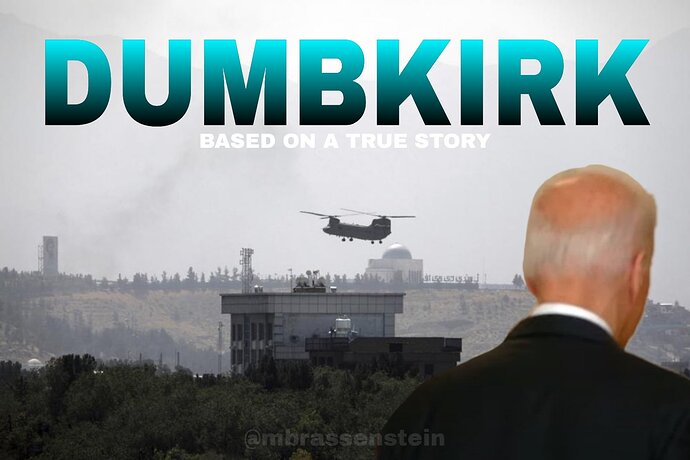 Imagine if Trump had done this…

It couldn’t have been handled any better . . . by the Taliban.

“Mr President, the entire american public agrees you did a terrible job, what do you say to that?”
‘Nah I did great. Couldn’t be done better.’

That sounds like more of a Trump answer lmao

Meanwhile our people are stuck behind enemy lines.

@stillgray
This is the situation at Kabul airport. Is everything under control? The Taliban is shooting at crowds attempting to flee the country -- some are undoubtedly American. This directly contradicts US Cent Comm's claim the Taliban are allowing safe passage. https://t.co/Irv4jHWuzN
1 Like
Whiteboysummer_yearofthedog August 18, 2021, 9:23pm #10

But Illegal immigrants are okay, right?

What a time to be alive.

I present to you the tolerant left. Take it in…

That’s an insulting meme to a great movie. IIRC Dunkirk was a miracle story, whereas “Dumbkirk” was a shit show.

Im glad were gone but the guilt in his facial expression and tone are disgustingly embarrassing.

This is one point I’ve tried to make in the past. Doesn’t matter whether they are Hillary Clinton, George Bush Jr., Barack Obama, or Joe Biden. They are all huge egotistical bullshitters. The sad thing is maybe to get to the level of success that they have you have to be those things. The only difference between those groups is Bush was despised when he was in office and he was Republican. Had he been Democrat the media and the left would have loved him.

Same with Trump. Prior to being elected the media and the left (for the most part) loved him. Due to him beating Hillary and doing it on the Republican ticket they now hated him. He’s the same guy that he always was.

I still maintain had the media not pushed him like they did in the primaries because they thought he was the easiest one for Hillary to beat (which media admitted to) then Cruz would have been president. Trump is a monster of their own making.

Trump is a sweetheart. Put some respec on that name