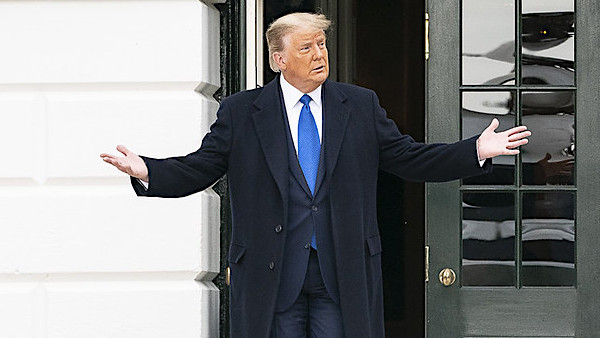 Joe Biden’s Department of the Interior (DOI) has quietly rolled back a Trump-era “transparency and accountability” order creating a public litigation website so people can track details pertaining to lawsuits from outside interest groups that...

President Joe Biden’s Department of the Interior (DOI) has quietly rolled back a Trump-era “transparency and accountability” order creating a public litigation website so people can track details pertaining to lawsuits from outside interest groups that Republicans argue cost taxpayers unwieldy sums.

Interior Secretary Deb Haaland revoked the order, which was issued in September 2018, on Friday. The order made details concerning settlements and consent decrees, as well as cash amounts paid to lawyers of private entities, accessible online.

The website was scrubbed following the Biden revocation order and sought to “alleviate” any concerns by the public that it may not have a voice in “policymaking.” It made the Office of the Solicitor and the Office of the Chief Information Officer “post” a “searchable list” of final decrees and settlements “that continue to govern departmental actions,” according to the Trump order.

“Taken together, these limitations are burdensome, duplicative, and hinder the effective resolution of complex litigation matters,” the Biden administration said in its order revocation. “Transparency and accountability are paramount values for the Department.”

Trump’s DOI order was designed to limit so-called “sue and settle” cases, in which a group legally challenges a federal department it knows to agree on a specific issue, followed by the department voluntarily ending a dispute and enacting policy that perhaps would not pass through legislative or other means. Republicans have often criticized this practice.

“The American people need to know what kinds of agreements are being made and what kinds of monies are being sent on the public’s behalf,” William Perry Pendley, the former director of the Bureau of Land Management between 2019 and 2021, told The Daily Caller News Foundation. There are former environmental group staffers that now work in the Biden administration and there needs to be transparency of possible “deals” happening behind closed doors, said Pendley.

Karen Budd-Falen, another Trump-era official who served as deputy solicitor for the DOI’s parks and wildlife division, told TheDCNF that Haaland’s revocation “is a problem” because the public is not able to track “rulemaking” in real time.

“I think the public ought to know, right?” said Budd-Falen, who added that “digging” for information on litigation now could be “very expensive and difficult” for those interested.

The DOI entered into 460 settlement agreements and consent decrees between January 2012 and mid-January 2017, costing taxpayers over $4.4 billion, according to the Trump administration’s 2018 order. It was the contention of agencies under Donald Trump, including the U.S. Environmental Protection Agency (EPA), that sue and settle edicts amount to “collusion” between the government and outside interests “behind closed doors.”

For instance, the DOI handed the Center for Biological Diversity, an environmental law firm, $140,000 in attorneys’ fees in 2021 after a lawsuit was brought challenging federal agencies for allegedly not complying with the Endangered Species Act.

Last week, the Center for Biological Diversity and another environmental group sued the Biden administration to block over 3,500 oil and gas leases in Wyoming and New Mexico. With the litigation website gone, “it could be devastating if these lawsuits are successful,” said Pendley, alluding to how much could get paid out to the groups without the knowledge of the public.

While the former Trump officials who spoke to TheDCNF say the new rule is not “transparent,” the Biden administration claimed the opposite in its order revocation. The DOI is “committed to fair, transparent and efficient” claims resolution and the searchable litigation database crafted “unnecessary and inefficient” barriers, said the agency.

The DOI did not respond to a request for comment.

This is not the first time the Biden administration has taken aim at how the Trump administration approached policy when it comes to sue and settle. The EPA revoked a memo by former administrator Scott Pruitt that said the practice “undermines the fundamental principles of government.”

“There is this potential for abuses whether it’s a Republican or Democratic administration,” Michael Chamberlain, director of the federal watchdog Protect the Public’s Trust, told TheDCNF, describing why he thinks litigation details should be entirely open to the public through a database.

“You have groups stewing all the time, about these different policies and fighting on different things,” Chamberlain added. “If the department is able to just act with its allied groups and just roll over and gave them what they want, they’re making an end around the normal channels. They can’t get [policies] through Congress, they can’t get [them] through the regulatory approach, but they can get [them] through the courts, so this way, the potential for abuse is tremendous.”

They all need to DIAF